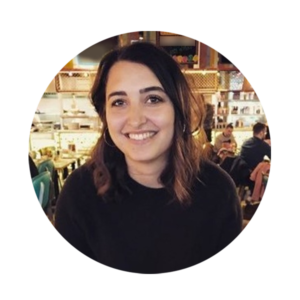 Becky Appleton
Becky is a third year PhD student at Warwick Medical School, University of Warwick. Her research focuses on improving mental health services for young people as they navigate the divide between child and adult services.

Young people face a ‘cliff edge’ when trying to access mental health care after reaching the upper age limit of child and adolescent mental health services (CAMHS), usually at the age of 18. If they still require support, care should be transferred to an adult mental health services (AMHS), through a process known as transition. Distinct from a simple transfer of care (Paul et al, 2013), transition should be part of the therapeutic process, taking into account the young person’s preferences, current circumstances and developmental maturity (NICE, 2017). However, we know that in most cases transition doesn’t occur, leaving young people to try to manage their illness on their own. In a systematic review I conducted which was published earlier this year, only 25% of young people were transitioned to AMHS, with another 25% remaining in CAMHS even after crossing the age boundary (Appleton et al, 2019). There were no records for what happened to the remaining 50%, meaning we do not know what happened to them after leaving CAMHS.

Louise* was 15 when she first started attending child and adolescent mental health services, after struggling with symptoms of anxiety and depression. Her weight had also begun to fall, and she was eventually diagnosed with an eating disorder too. After a year, the doctor she had been seeing left, meaning that she didn’t have an appointment for a few months. Her anxiety started getting worse, and she struggled to go into school. This began to impact on her academic performance, as she couldn’t study for her mock exams. Eventually her appointments started again, but as the service was short staffed she saw a different temporary doctor each time and she had to repeat her story to each new doctor. In the summer before her 17th birthday she didn’t receive any appointment letters, so her Mum called the service to find out when her next appointment would be. Her Mum was told that Louise had already been discharged as she was nearing the upper age limit for the service. When she asked why Louise hadn’t been referred to the adult service, no one at the service could give her any more information. As Louise had been discharged, her mum had to take her to the GP to ask for a referral to the adult service. The GP was helpful and sent the referral straight away, but it was still five months before Louise was invited to be assessed at the new service. When she got to the adult service for her assessment, her first thoughts were that it looked intimidating and she didn’t feel as though she belonged there. As the referral hadn’t come straight from CAMHS, the new service knew nothing about her previous situation, so again she had to tell her story to a doctor she had never met before. At the end of the assessment, the doctor told her that she ‘wasn’t a priority’ as there were people far more ill than she was, and so she was put back on a waiting list. It was another 4 months before she had her first appointment, almost a year after her last appointment at the children’s service.

*Names and some details have been changed to ensure anonymity

If young people do make the transition to AMHS, we know it is rarely well managed. Previous research exploring transition in the UK found that only 4% of young people experienced all four features of optimum transition (Singh et al, 2010):

One possible reason for this poor quality of transition are the differences in care philosophies between the two services. Children’s services are generally perceived as being more nurturing, with a focus on treating developmental and emotional disorders (Lamb & Murphy, 2013). In contrast, adult services focus on treating severe and enduring mental illnesses, such as psychosis or bipolar disorder, meaning young people without these diagnoses are less likely to be accepted (Birchwood & Singh, 2013). If their care does move to the AMHS, young people can also struggle to adapt to a different model of care.

Another factor which makes the transition to adult services more challenging is that they often have strict criteria in place when assessing whether a young person is suitable for that service. These high entry thresholds can mean that all but the most severely ill are denied treatment. Young people are often told they are not ill enough for services – as in Louise’s case where although she was accepted by the service, she was told that she wasn’t a priority. Although these entry thresholds are in part to do with the care philosophy of adult services to treat those with severe and enduring mental illness, they are also thought to be caused by resource pressures and staffing shortages (Belling et al, 2014).

As well as problems between the services, there are also cases where there are simply no appropriate services for a young person to transition to. This is especially common if they have a diagnosis such as autism or ADHD (McConachie et al, 2011; Hall et al, 2015). These conditions were previously regarded as being ‘childhood illnesses’, therefore there is little service provision for adults, even though young people can still need support after they have turned 18 (Young et al, 2011).

There have been a few potential solutions identified to help reduce this problem.

One proposed solution has been to alter the age boundaries of the existing services structure, to create ‘youth friendly’ services which extend the upper age boundary to 25. One such service has been trialled in Norfolk, accepting young people between the ages of 14 and 25 (Wilson et al, 2017). Whilst this was successful in reducing discontinuity of care at the traditional age boundary of 18, it did impact on the service’s ability to accept new referrals. This implies that extending the age boundary requires further resources, something also suggested in recent findings by the Office of National Statistics, which found that rates of mental illness were higher in the 17-19 age group than in other adolescents and children. Therefore, whilst this model has potential to improve care of young people from the age of 18, without the appropriate resources in place it is still not enough to meet the demand for care.

Some areas in the UK are also trialling services which span from 0-25 years, for example those in Birmingham, Camden and Shropshire. These services are still in their infancy, meaning information about the impact they have had on quality of care is currently unknown.

Other services have piloted the introduction of joint clinics in order to improve the transition pathway between CAMHS and AMHS. This was demonstrated by one service in Birmingham to improve the rate of successful transitions from 18% to 55%, and reduced the waiting time for transition by two-thirds (Moosa & Sanhu, 2015). However, joints clinics such as these remain as small, local initiatives, which often do not work across geographic boundaries.

The MILESTONE project explored transition across eight European countries, following up over 1000 young people for 24 months (Singh et al, 2017). As well as following up this cohort of young people, the project also involved a cluster-randomised controlled trial of an intervention of ‘managed transition’ with a linked health economic analysis, as well as other work packages focusing on mapping the existing services in Europe, developing new transition related outcome measures, exploring the ethics associated with transition and developing training for clinicians. I was a research associate on MILESTONE and am currently working on my PhD, which is linked to the larger project.

I am also comparing service use data from young people who fell through the gap to those who made the transition to AMHS to establish whether there are any differences in service use and associated costs between the two groups.

Overall, the results from both MILESTONE and my PhD will help to provide information about who the young people are at the CAMHS age boundary, and what happens to them after leaving the service. We hope to raise awareness of the challenges faced by young people during this time, and ultimately aim to improve mental health services for young people as they navigate the transition boundary between CAMHS and AMHS.

Conflict of interest statement: The author has declared that they have no competing or potential conflicts in relation to this article.

My son is 17, Turing 18 in May 2020.
He is under CAMHS for depression , has had cbt input and is taking meds.
He has been told he will be transfered to the GP. If he has improved significantly by then, this will be acceptable but if not then daunting.
This has been really informative. I feel I have some guidance for questions to ask. Thanks so much.

interesting, thank you. worth remembering that compared to other European countries, age of school leaving and arrival at university in the UK are both lower. And if you go to university in a different town….

Very useful and insightful article.
As a psychiatrist who has worked in CAMHS( both emotional disorders and ADHD), this is an all too familiar situation.Fortunately , I had a team that kept track of young persons who were approaching their 18th birthday , so that we could begin the transition process 6 months prior to their 18 th birthday.
Nevertheless it is daunting for all parties involved, especially the high threshold mark set by AMHS for certain emotional disorders .
Later as I started working in Adult ADHD team, faced dozens of young / middle aged adults whose treatment history was lost in transition or treatment was discontinued after getting discharged from CAMHS.
Good luck with your PhD!