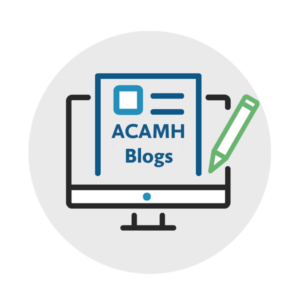 Influential for her views on the consequences of child abuse, Polish-Swiss psychologist and analyst, Alice Miller (1923-2010) is the choice of ACAMH board member, and internationally renowned Child Psychiatric Epidemiologist, Tamsin Ford CBE, Professor of Child and Adolescent Psychiatry, University of Cambridge.

Tamsin admires Miller for her resilience, intellect and willingness to contest established ideas.

“A public thinker, psychologist and philosopher as well as a psychoanalyst, she had an extraordinary broad knowledge base for anyone at that time in history, let alone a woman,” says Tamsin. “These achievements are all the more remarkable given that as a Jewish person living in Berlin during the early 1930s, and for a time in a Jewish Ghetto in Poland, her education was almost certainly patchy and disrupted. I wonder if her early resilience and also the hard lessons that those in authority are not necessarily wise or benign prepared her well for such a role. She was clearly extremely tough and resilient as well as phenomenally bright and productive.”

Miller’s fortitude is evidenced by her willingness to challenge Freud’s Oedipal triangle and psychosexual theory. Frustrated by the ‘old tradition of blaming the child and protecting parents,’ Miller ultimately resigned from the International Psychoanalytic Association.

“Miller stands out because she demonstrated critical thought and was prepared to openly change her stance in the light of her research findings.”

Miller’s concept of the ‘enlightened witness’ — a person willing to support a harmed individual through validation and empathy — has likely influenced modern practice.

“All practitioners will tell you that engagement of young people or their families involves creating a space in which they feel safe and heard – I suspect value of engagement has roots in this concept which was quite alien to traditional psychoanalysis where the therapist was supposed to be a blank mirror,” says Tamsin.

“Miller was way ahead of her time. She stressed that psychological abuse is more damaging that physical or sexual abuse and that casual violence towards children, including smacking is pernicious – the latter is still controversial, although how we expect children to learn to emotionally regulate and resolve conflict when the adults around them respond by slapping, I don’t know.”

Miller remained a vigorous campaigner against smacking, penning open letters to the Pope and Tony Blair.

Dear Dr. Ford:
Thank you for your recognition of the contributions of works of Alice Miller. When my late colleague Dr. Karen Polonko first introduced me to Alice Miller’s work in the 1980’s, a door to understanding violence that had been shut to me because it was generally ‘banished knowledge’ in most academic fields was opened.