What is happening to me? 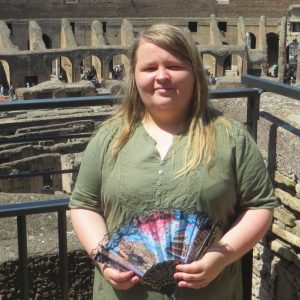 Jacob People
Jacob is a trainee counsellor, blogger, and active on twitter @jacobalpeople thebeginningofabetterworldweb.wordpress.com/ Disclaimer: This is an independent blog and ACAMH may not necessarily hold the same views.

That is what I always asked myself as a 12-year-old student while facing my first few years at secondary school. A younger Jacob was lost, struggling so much academically and constantly feeling like a failure. I felt like no matter how hard I tried, I was and will never ever be good enough.

After pro-longed bullying, online and at school I felt my confidence and self-esteem crumble into little pieces, just small crumbs on the ground, little specks of hope; I was now an easier target for the bullies. I became more withdrawn and started experiencing these moments of complete terror, my body would uncontrollably shake and I would leg it out of the class. Forget about the work, forget about the grades, someone just talk to me and tell me that this is normal, I was so scared and had no idea about mental illness.

A panic attack, what is that would have been my response.

Shaun was an incredible friend and he protected me, gave me a shoulder to cry on, a listening ear and always managed to keep that smile planted on my face despite everything crashing down around me. I scraped through my exams and left with 1 GCSE. I gave up on myself and the pressure of grades caused my panic attacks to become so overwhelming with waves of anxiety washing over me all the time. I felt like I was drowning.

Fresh start, new place, different people. I thought things would get better…that was far from the truth.

College started, the back of my mind I always knew that something was wrong. It all followed me, struggling with the workload and those moments of terror came back which caused me to leg it out of the classroom. I thought things were going to get better! Later, I was told this was a panic attack.

For me no lessons on mental health in school led me to a place of fear and upset. When I opened up I had regular talks with Childline about what and who I should tell while gaining the confidence. I told a teacher and was just pushed to the well-being team which was so annoying because I planned all those months to talk to a certain teacher who I trusted to basically get told to go away and talk to someone I didn’t know and trust. So wrong!

May 2015 hit and my life took a turn for the worse, life flashed before my eyes with the sudden news of my friend’s suicide. Do you remember Shaun? Well it was him, he was only 17 years old and far too early to leave this world and with buckets of guilt overflowing at the seams mixed with self-blame and hate. What did I miss? Could I have stopped him? And why, why did he do it?

Losing anyone is tough and I urge you to not face it alone.

In this chapter of my life I started self-harming because I felt so alone. I didn’t want to burden anyone with my problems. My parents didn’t need more things to worry about.
Social media played a huge part in my recovery as I opened up to my cousin, Ollie via Facebook about all my difficulties. He listened and reassured me that everything will be okay. He took me to the doctors; how do I talk about my mental health is what I kept saying in my head to myself.

I was put on medication and referred to the community mental health team. I had no idea what was going to happen, like who even are they? So many unanswered questions….my assessment was unsuccessful.

But Childline was there. Always there for me around the clock whenever I needed them, I didn’t have to act when talking to them. I could finally be myself. I was later diagnosed with depression.

I headed back to college in September to continue studying media but all the struggles continued and lack of understanding from teachers and no one willing to simply just listen to me, that was the end of full time education for me. I quit.

There was a new thing in my life now and that was campaigning. I became a mental health activist for a charity called YoungMinds where I meet other young people who have faced similar battles. My work with them has so far included working with the royal family, radio interviews, attending parliament and having a laugh with Prince Harry.

My life has certainly turned around and now I am seeking professional support from a counsellor, pursuing a dream to become a counsellor, volunteering for other charities called The Mix and Time to Change and have even opened up to my parents which was a massive step in my life.

A new day, a new page of a chapter, a day to do more amazing things. And before I conclude I would like to highlight that failing isn’t necessarily a bad thing, it only shows that you are trying. You just got to be determined and not scared to make mistakes along the way.