ADHD and risk for subsequent adverse childhood experiences: understanding the cycle of adversity

Video abstract by Dr. Claudia Lugo‐Candelas on her JCPP paper ‘ADHD and risk for subsequent adverse childhood experiences: understanding the cycle of adversity’

Claudia Lugo-Candelas, Ph.D., obtained a B.A. from the University of Puerto Rico, Rio Piedras and a Ph.D. in clinical psychology from the University of Massachusetts, Amherst. Dr. Lugo-Candelas joined the Child and Adolescent Psychiatry Division as a T32 postdoctoral research fellow, mentored by Drs. Jonathan Posner and Cristiane Duarte. In 2018, she joined the faculty and in 2020 was named the Estelle P. Bender, MD VP&S ’68 and T. Richard Fishbein Scholar in Child and Adolescent Psychiatry. Dr. Lugo-Candelas’ overarching research interest is to better understand the early development of inhibitory control difficulties, particularly within developmental disorders such as ADHD. She uses MRI methodologies including infant neuroimaging to examine how exposures and experiences during the prenatal period place offspring at risk for inhibitory control disorders. She is particularly committed to understanding the exposures and experiences that are most relevant to communities that are underserved and underrepresented, including underprivileged and ethnic and racial minorities.  Her work is funded by the NIH, NARSAD, and Columbia University pilot awards. Most importantly, Dr. Lugo-Candelas strongly believes diversity and equity are indispensable to the development of sound science and public health.  She is an advocate for increasing access to higher education and increasing the representation of racial and ethnic minorities within the STEM fields, psychiatry and neuroscience included. She works with a number of non-profit organizations and serves as a mentor to high school and undergraduate students from communities that are underprivileged and underrepresented in the field.

Bio and image via Columbia University

Hello everyone. My name is Claudia Lugo-Candelas and today I’m going to be walking you through our paper called ADHD and risk for subsequent to adverse childhood experiences, understanding the cycle of adversity. So the first childhood experiences are very common and the compass three main categories, parental loss, maltreatment and parental maladjustment. ACEs, like I said, are very common, although they are more commonly experienced by children, individuals from disadvantaged populations.

So, for example, ethnic and racial minorities. The detrimental long-term impacts of ACEs are well documented on both physical and mental health wellbeing. However, particularly important for the study at hand is the consistent finding that children who experience ACEs are at an increased risk of experiencing ADHD later on in life. However, at the reverse association whether having ADHD increases your risk for experiencing sequent tolerant adversities is not well understood, and a couple of studies that hindered disassociation, however they’ve been limited in that a lot of these studies are cross-sectional, and what happens with the cross-sectional study is that if you have concurrent ADHD and ACEs assessments you have this bit of a chicken and egg kind of situation when you don’t know which one came first.

The literature has also been limited in that it hasn’t included the children at highest likelihood for experiencing adversity. So again like I said socio-economically disadvantaged children and children from ethnic and racial minorities are at increased risk for ACEs and ADHD as well. This is particularly true for populations in the US. They have higher ACEs then they’re counterparts in ADHD diagnosis has sky rocketed within these populations in the last decade.

So the present study aims to address the gaps in the literature and inform our prevention strategies by examining if children with ADHD are at an increased risk for ACEs in a perspective longitudinal population based study of Porto Rican children and adolescents in the South Bronx in New York and in Porto Rico. Here we’re going to leverage a prospectively collected ADHD and ACE assessments and by doing that we’re uniquely able to examine whether ADHD at this one initial time point predicts a sequent experiences of ACEs while adjusting for pre-existing, what we’re going to call baseline ACEs, in this under-privileged population are at higher risk for ACEs.

The participants in the study are the Boricua Youth Study, BYS participants. This is a study of two representative longitudinal probability samples of Porto Rican children and their parents. Families were included in the present study, if they participated across all three data collection waves. This yielded a sample of 2,132 children that were ages five to 15 at that first assessment wave. So participants were interviewed in their home, involved with three waves of data collection, each were one year apart. The BYS has a huge, excellent retention rate. So by wave two there was 92%. By wave three it was 88%. ADHD was assessed at all three waves via the diagnostic interview schedule for children. So with the DIS and ACEs were assessed using a number of instruments. We have reported those separately in our paper with a citation to the original paper that details each of the assessments, but briefly we assessed 11 adversities covering four domains. So childhood mistreatment which included neglect and physical, sexual and emotional abuse. Parental maladjustment which included intimate partner balance and types of personality and parental arrest or jail, substance use problems and emotional problems, and then exposure to violence and lastly parental loss which included parental death and divorce/separation.

And for a child who were not able to address here, very important [04:38] which is experiences of racism and discrimination and that has to do with the fact that some of our children were quite young and had original data collection with, so we didn’t ask that from them. We are analysis to examine whether wave one ADHD increased with supportive sequent ACEs. We used logistic regression using survey procedures and SAS. Our outcome measure was having a new, and that means a not previously experienced ACE at either waves two or three. So you could not have had experience at ACE at wave one for that one to count as a new incidence ACE. Adjusting models controlled for side of recruitment, age, disruptive behaviour disorders, use of public assistance, wave one ACEs and child sex.

So our analysis showed that wave one ADHD was in fact associated with increased odds of experiencing a new ACE at waves two or three. When risk for ACEs was examined separately for each ACE domain we found that parental maladjustment at wave two or three was significantly predicted by wave one ADHD. We also examined ADHD sub-type effects and we found that the inattentive, but not the hyperactive or the combined presentation, sub-types at wave one were predictive of wave two and wave three ACEs.

So the findings document that ADHD predicts increased likelihood of accruing subsequent ACEs and that inattentive ADHD may be the strongest predictor of future ACEs. Here because of our longitudinal assessment we were able to establish a clear temporal sequence that strongly indicates that the ACEs that we considered as outcome in our analysis accrued after the ADHD symptoms were present. Given the whole documented associations between ACEs and subsequent risk for AHDH the study really points to the cycle that perpetuates hardship and adversity in the most under-assertive populations.

We think that the finding about inattentive ADHD is likely to be about the nature of the very symptoms. So inattentive symptoms are less likely to be detected. Treatment for these starts later and it lasts. It’s a shorter duration and these symptoms also frequently persist into adulthood. So the longer these symptoms hang out in our present that might give more opportunity for these snowballing, kind of, affects. Our findings suggested ADHD may have a role in perpetuating the cycle of adversity and highlight the dire need for treatment, because ADHD treatment is usually followed by symptom reductions. ADHD treatment may be a viable ACE prevention strategy. However, our findings strongly under-score the need for parents centred interventions. Maybe in the form of mental health or substance abuse services or parenting support. The major finding of, the major point of our findings highlight is that, I call it the growing number of suggested ACEs are a serious public health concern and that we need public prevention efforts.

Thank you so much for your attention. 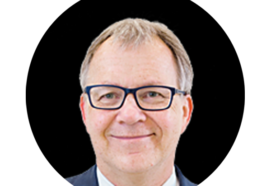