‘Innovations in Practice: A randomised controlled feasibility trial of Behavioural Activation as a treatment for young people with depression’

Video abstract from Dr. Charlotte Kitchen on her CAMH paper

You can watch this video abstract direct from our YouTube channel, or via the embedded video below.

Dr. Charlotte Kitchen is an Economic and Social Research Council (ESRC) White Rose Post-Doctoral Fellow based in the Public Health and Society Research Group in the University of York’s Department of Health Sciences, working with Dr Stephanie Prady. Her Fellowship seeks to understand the variation in adolescent’s experience of psychotherapy using social inequalities as an explanatory framework to contribute to the on-going debate about how best to deliver psychotherapy to greater numbers of young people without excluding those who may need it the most.

Charlotte’s background is in Psychology and her PhD focused upon evaluating an intervention called Behavioural Activation for young people with depression in Child and Adolescent Mental Health Services. During her PhD she was awarded the British Psychological Society Postgraduate Fellowship Award which enabled her to undertake a three month placement in the Houses of Parliament, where she was based in the Parliamentary Office of Science and Technology.

Charlotte joined the Mental Health and Addictions Research Group in 2017 as a Trial Support Officer on the CASPER (collaborative care for older adults with major depressive disorder) and CHEMIST (community pharmacies mood intervention) research projects. Her next post was as a Research Fellow with the Diabetes and Mental Illness Improving Services and Outcomes (DIAMONDS) team.

Bio and image from University of York

Please note – C.E.W.K. was in receipt of a NHS Doctoral Studentship (2013‐2017) and is currently an Economic and Social Research Council Postdoctoral Fellow (2020-2021); the support of both funders is gratefully acknowledged. P.A.T. is supported in his research by a National Institute for Health Research (NIHR) Career Development Fellowship. The views and opinions expressed herein are those of the authors and do not necessarily reflect those of the ESRC, NIHR, NHS, or the Department of Health. The sponsor (the NHS Trust) played no role in the analysis or interpretation of the results, or preparation of the article. This research did not receive any specific grant from funding agencies in the public, commercial or not‐for‐profit sectors.

Hello, my name is Charlotte Kitchen. I’m a research fellow in the Department of Health Sciences at the University of York. I’m here today to talk about some research that was completed during my PhD at Durham University. This research has recently been published in the Innovations in Practice section of CAMH, Child and Adolescent Mental Health. The title of the paper was a randomised controlled feasibility trial of Behavioural Activation as a treatment for young people with depression. The paper was published in collaboration with Doctor Paul Tiffin, Doctor C. Lewis, Doctor Lena Gega, and Doctor David Ekers.

We recruited young people into the study using three different methods. The first was a poster that advertised the study and families were able to refer themselves directly to the research team if they felt they met the provisional inclusion criteria. The second method was we asked clinicians seeing patients in CAMHS to refer patients who met that same criteria to the research team. The third method was we went through the case notes of young people attending CAMHS and we invited those young people who met the provisional criteria to take part in the study. That provisional recruitment criteria was being aged 12 to 17, experiencing symptoms of depression, not currently receiving psychotherapy from CAMHS, did not require urgent care, and was not experiencing active substance abuse or dependence.

Any young people who took us up on the offer of taking part were then invited for a full research assessment. We asked them to take part in a structured interview, which was the K-SADS, the Schedule for Affective Disorders and Schizophrenia for School- Age Children. And we used the Present and Lifetime version. That structured assessment allows us to tell whether young people meet the criteria for major depressive disorder. It also has a clinician rated measure of functioning, which is called the Children’s Global Assessment Scale. And we asked young people and their parents to complete the Mood and Feelings Questionnaire and also young people to complete the Rosenberg Self-Esteem Measure. This was a parallel randomised control feasibility trial, based in the northeast of England.

Young people were individually assigned using remote telephone blocked randomisation to BA or usual care. The comparison condition usual care represents standard care in CAMHS, so participants received treatments that were deemed appropriate by their CAMHS professional. There were no restrictions, no protocol or extra training given to staff in this arm. Existing staff were trained in Behavioural Activation via a three-day training course, and they were offered monthly group and individual weekly telephone supervision. They were asked to follow a treatment manual of BA sessions that were designed to be delivered face to face, spaced one week apart, and lasting for approximately one hour. The young people taking part could decide whether their parents or carers were involved. Where they would like their parents and carers to be involved there were separate intervention content within the manual for those parents or carers to cover.

At three months post baseline, we repeated the structured case interview. And we also repeated the additional outcome measures alongside a treatment satisfaction survey. At six months post baseline, we completed a telephone interview, where we repeated the outcome measures relating to mood and self esteem. The results were that we had 22 young people from three different CAMHS teams, who took part over a period of 17 months. The Behavioural Activation was delivered by six different clinicians. And from the young people who took part, most completed the high number of the prescribed BA sessions, so that equated to a mean of 5.7 sessions and a median of seven. We were able to follow up 15 participants, so that was 68 percent at three months. And although our study wasn’t powered to demonstrate statistically or clinically significant intergroup differences, the descriptive study data provided some tentative suggestions that BA may result in improved outcomes compared with the usual care.

In the usual care arm 13 percent of the sample no longer met the criteria for major depressive disorder, and that compared with 57 percent in the Behavioural Activation arm. We also saw improvements in functioning, mood, and self esteem at three months follow up. There were no adverse events recorded during the study. We found that the brief manualised treatment was acceptable to participants receiving it, with most young people and parents finding the BA to be helpful and they were happy with the treatment that they received.

For research purposes, all of the study sites and the majority of the staff, so that’s 70 percent of those who are trained in the BA intervention, were retained throughout the trial. And we found that it could be delivered by a variety of staff, who were given appropriate supervision. However, it wasn’t possible for us within this study to quantify or to control for the contribution of medication. And we were also unable to assess the practitioners’ fidelity to the Behavioural Activation model.

What this study does tell us is that it’s possible to recruit young people to a trial of BA in this complex service setting. We did find, however, that allowing families to refer themselves or asking their clinicians to identify them was more successful than researchers searching the case notes to find suitable participants. We found a trend towards greater improvements in mood, self esteem, and functioning in those individuals who received BA compared with usual care.

In adults BA is effective and cost effective and it can be delivered by trained therapists or non-specialist staff, and we know that from findings of randomised control trials and meta-analyses. In adolescents, the most recent meta-analysis included four randomised control trials of BA and that was completed by Martin and Oliver in 2019, and they reported a large effect in favour of BA versus their controls. An earlier meta-analysis by Tindall et al in 2017 combined the results of three randomised controlled trials, including an unpublished PhD thesis. The pooled results favoured BA over its comparators, estimating a moderate effect size. Four of those included studies were in the USA, and one was in Japan.

To our knowledge, this published study is the only European randomised controlled trial of BA for adolescents with a diagnosis of depression, measuring the only depression specific outcomes, but also depression recovery against usual CAMHS care. One of the strengths of the study is that we recruited from a clinically referred help-seeking sample, and we used limited exclusion criteria. This also makes our results relatively representative of the CAMHS setting itself. The Behavioural Activation therapy was delivered by staff from the setting in the setting.

Our pragmatic approach to trial design led to a comparison of viable, clinically relevant, alternative treatments. And we think that this provides insight into the realities of delivering BA in the UK based CAMHS service. Psychological therapies, such as BA, have the capacity to enhance clinical practice because they’re brief, simple, and we know that they can be used by less experienced practitioners. What our results suggest is that BA is promising in a CAMHS context but that this treatment approach needs to be evaluated in this population via a fully powered randomised controlled trial in order to address questions about its actual effectiveness.

So thank you for listening. We welcome any messages or any questions about the work that we’ve completed in this paper, and so please get in touch. Thank you.

It is rather an interesting feasibility study that has usual flaws with a study of such type in a field with known high placebo effect, is there any plans to to attempt to replicate or power up a more definitive follow up RCT? If so I would certainly be interested in being contacted to consider participation. I do not have any conflict of interest, in offering such participation, but participation in any trial in Eire, would obviously also have to be passed by relevant REC in this jurisdiction. I quite understand if that is seen as an unnecessary complication. 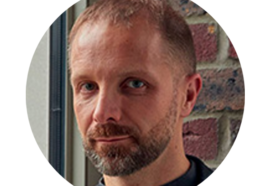