Speakers and their talks:

Further recordings of the event are available to ACAMH members.

Professor Chris Bonell
The effects of Learning Together, a whole-school intervention to prevent bullying and aggression in English secondary schools

Professor Sir Robin Murray
Robin Murray is Professor of Psychiatric Research at the Institute of Psychiatry, Psychology and Neuroscience, Kings College, and indeed has spent most of his working life there apart from one year at NIMH in the USA; fortunately the latter did him relatively little harm. His particular interest is in psychosis. He was one of the first to suggest that schizophrenia was in part a neurodevelopmental disorder, and he and his colleagues have contributed to the understanding that environmental factors such as obstetric events, drug abuse and social adversity dysregulate striatal dopamine and thus increase the risk of psychosis; he is currently most interested in gene-environmental interactions. He is also involved in testing new treatments for psychotic illnesses, and cares for people with psychosis at the South London and Maudsley NHS Trust. He has written over 800 articles, not all of them boring!  He is the most frequently cited psychosis researcher outside the USA, has supervised 72 PhDs and 12 MD Theses, and 40 of his students have become full professors. He was elected a Fellow of the Royal Society in 2010 and received a knighthood in 2011.

Professor Ian Goodyer, OBE MA MD FRCPsych FMedSci
I am a Child and Adolescent Psychiatrist based at Cambridge University pursuing research into the connections between human development and psychopathology. My studies are centred on adolescents in the community as well as current patients. Our research programme uses experimental and neuroimaging approaches embedded in longitudinal designs to measure the effects of genes and the social environment, on cognition and brain structures. We use these methods in epidemiological cohort studies of adolescent development and as a part of our randomised controlled trials of treatment for depression and conduct disorders.

Professor Lucy Bowes
Lucy’s research focuses on the impact of early life stress on psychological and behavioural development. In particular, Lucy has focused on the effects of victimization on young people’s adjustment and wellbeing. Her research integrates methods from social epidemiology, developmental psychology and behavioural genetics in order to understand the complex genetic and environmental influences the promote resilience to victimization and early life stress. The aim of her work is to guide intervention work by identifying proactive factors that promote positive outcomes among vulnerable children.

Dr Polly Carmichael
Polly is a consultant Clinical Psychologist and Director of the Gender Identity Development Service (GIDS) for Children and Adolescents at the Tavistock and Portman NHS Foundation Trust. She joined the GIDS in 2001 and was appointed Director of the service in 2009. In 2009 the service was nationally designated to provide a national service for young people experiencing gender dysphoria. Polly is keen to raise awareness and understanding of the particular issues young people experiencing gender dysphoria face and to this end she regularly takes part in training events around the country, particularly in collaboration with the third sector. Since 1997 Dr Carmichael has also worked at Great Ormond Street Hospital for Children NHS Foundation Trust where she is part of a well established multidisciplinary team specialising in differences of sex development (DSD), otherwise referred to as intersex, conditions. She has a particular interest in research with extensive experience in both paediatrics and gender dysphoria. 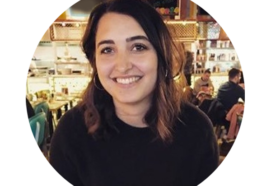 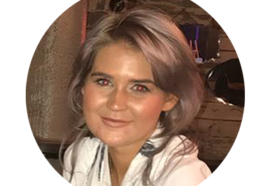 The ‘obesogenic’ environment of adolescent inpatient units: A call for action to support the promotion of better physical wellbeing 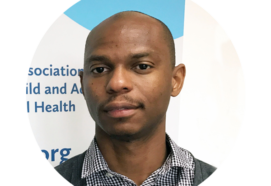 Power Up for Parents: A pilot study to enhance Shared Decision-Making in CAMH