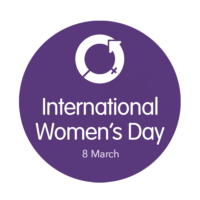 We have a fantastic panel lined up and will be releasing information about our speakers daily. Follow us on Twitter @acamh to be the first to know, and to stay updated with our latest news.

This will be followed by a Q&A session and discussion.

This will be of interest to all those working and studying in Child and Adolescent Mental Health, including; clinicians, researchers, early career professionals, those interested in working in the CAMH sector, students, and anyone within an interest in working toward forging women’s equality.

Sign up to this free event at this link or on the Book Now button at the top of the screen and complete the form that follows. You’ll then receive an email confirmation and a link to the webinar, plus we’ll send you a calendar reminder nearer the time.

Implicit bias in academia: A challenge to the meritocratic principle and to women’s careers – And what to do about it by LEAGUE OF EUROPEAN RESEARCH UNIVERSITIES

Researching While Black (and Female) by Nicole Buchanan, published in Women & Therapy, November 2019

Sexism in Medicine by the British Medical Association, 2021

Women outnumber men in psychology, but not in the field’s top echelons by Rebecca A. Clay, published in American Psychological Association, 2017

Scientific Eminence: Where Are the Women?, by Alice H. Eagly & David I. Miller, published in Perspectives on Psychological Science, 2016

Professor Bernadka Dubicka qualified in medicine and psychology at University College London and completed her training in child psychiatry in Manchester, alongside her MD on adolescent depression. She has been a consultant for an adolescent unit for over a decade, and recently moved to a new post in Greater Manchester where she is helping develop intensive community and crisis services for young people and is also a research lead. In 2015 she was elected vice-chair of the RCPsych Child and Adolescent faculty, and became chair in June 2017. She has campaigned actively for improved CAMHS since taking up this post. In August 2021 she became an Honorary Professor at the University of Manchester.

Francesca Happé is Professor of Cognitive Neuroscience at King’s College London, and has, for the last 30 years, focused her research on autism. Her work has explored the nature of social understanding in neurotypical development and ‘mentalising’ difficulties in autism. She is also actively engaged in studies of abilities and assets in autism, and their relation to detail-focused cognitive style. Her most recent work focuses on mental health on the autism spectrum, and under-researched subgroups including women and the elderly. Her research methods have spanned cognitive experiments, functional neuroimaging, exploration of acquired brain lesions, and behaviour genetic approaches. She is a Fellow of the British Academy and the Academy of Medical Sciences, past-President of the International Society for Autism Research (INSAR; 2013-2015), and recipient of the British Psychological Society Spearman Medal and President’s Award, the Experimental Psychology Society Prize and the Royal Society Rosalind Franklin Award. Francesca was awarded a CBE in December 2020 for services to the study of autism.

Kathy is Professor of Educational Psychology and Honorary Research Fellow at the University of Oxford. She has had many roles in ACAMH including chair of the Board, President, and member of the editorial team on CAMH where she led on the ‘Measurement Review’ section. Her research focuses on early childhood, and she has carried out large scale, longitudinal studies on the effects of Early Childhood Education and Care on children’s development. She has also carried out interventions to support parents with their children’s learning and development at home. A dominant theme throughout her work has been the impact of education and care not only on academic knowledge but also on children’s behaviour, self-regulation, and disposition to learn. A related theme in her research is the impact of early intervention on combating social disadvantage in both high and low income countries. Kathy has been specialist advisor to Select Committees in the House of Commons and the House of Lords. Currently she is ACAMH’s Honorary Treasurer, a role she enjoys because it involves her in a broad range of activities across the Association. Her current interest within ACAMH is in engaging with schools to support mental health and well-being in children and adolescents.

Dr. Rhonda C. Boyd is an Associate Professor in the Department of Child and Adolescent Psychiatry and Behavioral Sciences at the Children’s Hospital of Philadelphia (CHOP) and the University of Pennsylvania Perelman School of Medicine. Additionally, she is researcher at CHOP PolicyLab. She is the Associate Director of the CHOP’s Child and Adolescent Mood Program in the outpatient clinic where she practices as a licensed psychologist specializing in evaluation and treatment of youth with depression and suicide risk. She has served as a Principal Investigator and Co-Investigator on multiple federal grants including those from the National Institutes of Health and the Maternal and Child Health Bureau. She has clinical and research expertise in maternal depression, Black youth and families, prevention interventions, adolescent depression, and youth suicide risk.

Dr. Praveetha Patalay is an Associate Professor based across the Centre for Longitudinal Studies at the IOE and at the MRC Unit for Lifelong Health and Ageing in the Faculty of Population Health Sciences, UCL. Her research focuses on the development, risk/protective factors and the consequences of mental ill-health and the ways in which we can reduce the stigma around mental illness and promote well-being. She uses large national studies, including the British birth cohorts, to investigate mental health through the life course and works on evaluations of school-based intervention programmes to support and promote young people’s mental health. Her recent research has highlighted the increasing levels of mental health difficulties faced by the current generation of young people in the UK. She has received much recognition for her research, including the British Psychological Society’s Award for Outstanding Doctoral Research Contributions to Psychology and was on Forbes’ 30 under 30 list for Science and Healthcare.

Clara is a junior doctor, graduated from the Federal University of Rio de Janeiro (UFRJ) working as a Research Assistant at the Laboratory of Panic and Respiration. She has presented her research at International Conferences numerous times, has active involvement in international research in translational neuroscience and joins advocacy efforts towards ending stigma against mental disorders on social media. Clara, alongside her studies, has been an active member of the Global Mental Health Think Tank within which she is now leading a new project on neurodevelopmental disorders. Clara has been described by her Research Mentor as a “lit candle of hope for global child and adolescent mental health in and from Brazil.

Gloria is a 4th year medical student of the Hull York Medical School. She intercalated in Developmental Cognitive Neuroscience MSc at the University of York and achieved distinction. She is currently working as a research affiliate at the Child Oriented Mental Health Intervention Centre at the University of York and has been appointed as Psych Star by RCPsych for the 2021-2022 academic year. Her research interest is around adverse childhood experiences (ACEs).