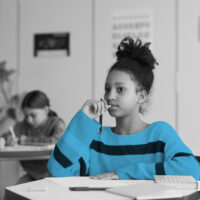 BOOKINGS CLOSED
Currently, there is an intense debate on neurodevelopmental disorders; Should they be split or lumped? Are they disorders or neurodiversity? Are they different in males and females? to name but a few. The 2022 ACAMH Emmanuel Miller International Conference will be a unique opportunity to hear the latest research trends and their implications for clinical practice.

Quick links about the event

13:20 Professor Anita Thapar – Neurodevelopmental disorders: should we lump or split them?

13:20 Professor Edmund Sonuga-Barke – The neurodiversity concept: What are the implications for research
13:50 Q&A

14:05 Professor Sue Fletcher-Watson – Neurodiversity: the paradigm, and its application to practice
14:35 Q&A

Professor Anita Thapar
Neurodevelopmental disorders: should we lump or split them?

Neurodevelopmental disorders is a term used to describe a group of diagnoses in the DSM-5 and ICD-11 diagnostic classificatory systems. This diagnostic grouping includes conditions such as Attention Deficit Hyperactivity Disorder (ADHD) and Autism Spectrum Disorder (ASD), communication and learning problems among others although the term neurodevelopmental disorder is used much more broadly by some. They encompass disorders that typically manifest early in development.

Many of the conditions that are considered neurodevelopmental have features in common but are they always neurodevelopmental in nature? However, each of these conditions also is clinically distinctive and they respond to different interventions. In this talk, I will consider the scientific evidence that favours grouping these conditions as well as findings which suggest that we should distinguish them. I will then discuss the potential clinical and service advantages and limitations of splitting vs. lumping and consider some ways forward for researchers and practitioners.

Autism Spectrum Disorders (ASD) and Attention-Deficit/Hyperactivity Disorders (ADHD) are neuropsychiatric developmental disorders that frequently co-occur, and also co-occur with other neurodevelopmental disorders as Intellectual Disability, language and communication disorders and epilepsy. The frequent co-occurrence of these disorders is likely due to substantial overlap in etiological and neurobiological mechanisms. This presentation will present 1) a shared etiologic framework for these NDDs, and 2) examples of cross-disorder “biotyping” of NDDs by means of cognitive and brain imaging data.

Professor Edmund Sonuga-Barke
The neurodiversity concept: What are the implications for research?

The neurodiversity movement challenges fundamental tenets of current scientific models of neuro-developmental disorders – in particular it rejects the notion that alterations in thought and behaviour associated with, for instance ADHD and or autism, are impairing, intrinsically in and of themselves – rather placing the responsibility for the negative experiences and outcomes on the unsympathetic environments in which neuro-atypical individuals have to operate.

In this talk I explore the potentially profound implications of this paradigmatic shift for research, both in terms of the radically different research questions which it motivates and the new methods and designs that these dictate – including a strong focus on the experiences of neuro-atypical individuals and the importance of their involvement as co-researchers.

I conclude that the neurodiversity perspective should be valued as a humanizing complement to current the scientific research paradigm, bringing new perspectives and generating new research questions, rather than as a replacement for it.

Professor Sue Fletcher-Watson
Neurodiversity: the paradigm, and its application to practice

Does autism entail disorder, disease, disability or difference? I argue that all 4 of these D’s apply. At the core of autism is difference: from the earliest stages of neurological and psychological development, autistic people show differences in brain structure and function and in how they process information. Differences in the brain and mind are what we mean by ‘neurodiversity’. I give examples of these differences from the psychology of autism in terms of language development, interest in people vs. the world of objects and patterns, and in neuronal connectivity. Neurodiversity is the norm in the general population too, and autism is just one profile or ‘brain type’ in the population. Even within the autism community, there is huge diversity. Because autism is partly genetic, these differences are part of the person’s identity. Difference does not mean one type of brain is better or worse than another: simply different. Differences should be celebrated, accepted, and respected, and society has a duty to ensure inclusion, so that people who are different enjoy equal human rights. But autism also entails disability, defined as when the person is not managing to function independently without support or reasonable adjustments, which are a legal obligation to provide under the Equality Act. Examples of disability include difficulties with language or learning. There is a clear link between difference and disability because whilst some differences are strengths or even talents (examples are excellent attention to or memory for detail), some differences cause disability. Finally, autism is often accompanied by ‘disorder’ or ‘disease’, the former referring to biomedical ‘symptoms’ that cause the person distress, the latter referring to where the biomedical cause of a disorder is known. Examples of disorder include gastrointestinal pain and examples of disease include epilepsy, both more common in autistic people. The ‘neurodiversity’ framework is revolutionary and requires society re-think the design of schools, colleges, the work place and public services to ensure inclusion. Autism researchers investigating prenatal biology need to be explicit in their opposition to eugenics and prenatal screening, to promote autistic people’s human rights. Finally, the neurodiversity framework requires autism researchers to conduct participatory, codesigned research, always keeping in mind ‘nothing about us without us’.

Professor Samuele Cortese explains why you should attend 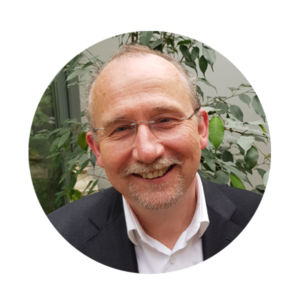 I am a clinician scientist. My primary interests are in child neurodevelopmental disorders and depression. I was Lead Editor (Joint) of the 6th Edition of Rutter’s Child and Adolescent Psychiatry-the leading textbook for clinicians and scientists.

I head the academic Child and Adolescent Psychiatry Section in the Division of Psychological Medicine and Clinical Neurosciences and the developmental disorders group within the MRC Centre for Neuropsychiatric Genetics and Genomics and Division. I also have honorary NHS consultant contracts with Cwm Taf and Cardiff and Vale UHBs.

Simon Baron-Cohen is a Professor in the Departments of Psychology and Psychiatry University of Cambridge and Fellow at Trinity College, Cambridge. He is Director of the Autism Research Centre in Cambridge. He has published over 600 peer reviewed scientific articles, which have made contributions to many aspects of autism research, to typical cognitive sex differences, and synaesthesia research.

He is a Fellow of the British Psychological Society, the British Academy, the Academy of Medical Sciences, and the American Psychological Association. He is Vice-President of the National Autistic Society, and was President of the International Society for Autism Research (INSAR, 2017-19). He was Chair of the NICE Guideline Development Group for Autism (Adults) and was Chair of the Psychology Section of the British Academy. He is co-editor in chief of the journal Molecular Autism and is a National Institute of Health Research (NIHR) Senior Investigator. He is the Principal Investigator of the Wellcome Trust funded award investigating the genetics of autism, in collaboration with the Sanger Centre. He serves as Scientific Advisor, Trustee or Patron to several autism charities including the Autism Research Trust, the Cambridge Autism Centre of Excellence, and to the company Auticon, which only employs autistic people. He has taken part in many television documentaries, including the BBC’s Horizon, and Employable Me.

Professor Jan Buitelaar is leading the research group on neuropsychiatric and developmental disorders, principal investigator at the Radboud University Medical Centre, and head of Karakter Child and Adolescent Psychiatry University Centre. His research is focused on ADHD, autism, and aggression and impulsivity related disorders. He applies an interdisciplinary approach that integrates clinical and phenotypic studies, neuroimaging, cognitive research, genetics, pharmacology and preclinical approaches. He received the research award of the Dutch Society for Psychiatry in 2011, and is main applicant of a large number of international and national awarded grants.

Marcus is a bright, articulate fourteen year old boy with ADHD, High Functioning ASD,  PDA and a great sense of humour.  Marcus started speaking at conferences five years ago at the ripe old age of nine in an effort to raise positive awareness around living with neurodevelopment conditions.  His aim, despite his own difficult start to life, is to reach out to as many of those children and young people who, like him, have brains that are wired differently, encouraging them to focus on the good aspects of being different instead of the negative side that is more often than not portrayed.  With humour and personality he asks them to run with the talents and gifts their differences often bring….. Marcus calls it his “Super Powers.”

He also aims his talks at professionals delivering the lived experience from a child’s view.   He doesn’t want to be defined by  “labels” that stick as he makes progress, changes and grows, or by the global misconception that children like him are either  “mad, bad or sad”. Marcus has been inspirational over the past five years. He has been in receipt of numerous awards and accolades using his personality and sense of humour as he travels Nationally and Internationally to deliver his message with honesty and knowledge well beyond his years.