The identification of child, family, and other environmental factors that confer risk for poor developmental outcomes has long been a major theme in child and adolescent psychopathology research. Over the past 6 decades, the Journal of Child Psychology & Psychiatry has seen an exponential increase in articles that have included the search term ‘risk prediction’, with 17 such works appearing in the 1960s and 930 occurring in the 2010s. Indeed, the current issue of JCPP continues this trend with a number of high‐quality studies that in some capacity seek to predict poor child and adolescent outcomes on the basis of variables that can be measured earlier in development.

Professor Scott Kollins is a tenured Professor in the Department of Psychiatry and Behavioral Sciences at the Duke University School of Medicine, Durham, NC, USA. Scott is the Global Lead for ADHD and Substance Use Disorders at the Duke Clinical Research Institute (DCRI). He is also the Director of the Duke ADHD Program. Scott has published more than 140 scientific papers in peer-reviewed journals. Over the past 15 years, Scott’s research has been supported by 7 different federal agencies, including NICHD, NIDA, NIMH, NIEHS, NINDS, FDA, and EPA. In 2018, Scott received nearly $2 million in NIH funding for his work, ranking him among the Top 100 Psychiatry faculty members in the US. He currently holds a K24 career development award from NIDA.

Scott has also served as PI on more than 40 industry-funded clinical trials and is a consultant to a number of pharmaceutical companies in the area of ADHD clinical psychopharmacology. Scott is an elected member of the College of Problems of Drug Dependence and is a Fellow of the American College of Neuropsychopharmacology and the American Psychological Association Division 28 (Psychopharmacology and Substance Abuse). He has served as a standing member of the Child Psychopathology and Developmental Disabilities study section and also served as an ad-hoc reviewer for 10 additional NIH study sections and 7 international granting agencies. He has previously served as Associate Editor for the Journal of Attention Disorders and has reviewed for more than 50 different peer-reviewed journals. Scott is a licensed clinical psychologist and maintains a practice through the ADHD Program’s outpatient clinic. Scott’s research interests are in the areas of psychopharmacology; the intersection of ADHD and substance abuse; and applications of data science and digital health to child psychology and psychiatry. 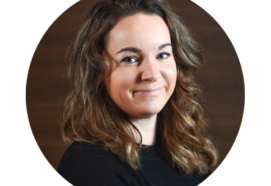 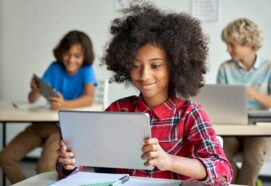 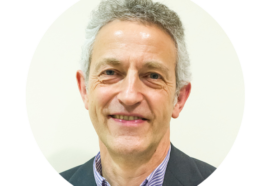 Long-term clinical and cost-effectiveness of a therapist-supported online remote behavioural intervention for tics in children and adolescents: extended 12- and 18-month follow-up of a single-blind randomised controlled trial