In 2017, Professor Randall Salekin at the University of Alabama, USA compiled a Research Review for the Journal of Child Psychology and Psychiatry that examined the main psychological and biological correlates of child psychopathy. Here, Professor Salekin outlines his key findings and explains that giving attention only to callous unemotional traits is an under-representation of psychopathy as a whole.

The concept of child and adolescent psychopathy was born after adult psychopathy, when it was identified that the three dimensions (with the addition of antisocial conduct) were not unique to adults3-5. Importantly, and contrary to general assumption, psychopathic traits are modestly stable from early adolescence to young adulthood, and CU, GM and DI traits are all detectable very early in childhood6. 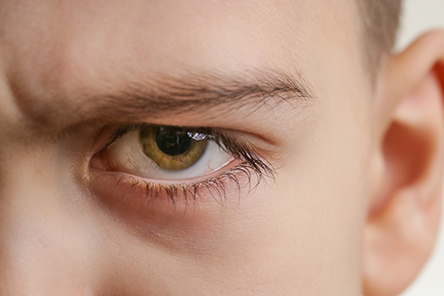 Despite the proposed multidimensional model for psychopathy, much research has continued to focus solely on CU traits, such as low levels of guilt, reduced empathy, callousness and uncaring behaviour. As a result, CU traits alone were added to the fifth revision of the Diagnostic and Statistical Manual of Mental Disorder (under the term “limited prosocial emotion”) as a specifier for conduct disorder (CD) diagnosis, and the International Classification of Disease – 11th revision.

“The conception of this review was born out of a general dissatisfaction with research on CU traits alone and the implication that it was a sufficient index of psychopathy and as a specifier for CD”, explains Salekin. “In addition, the lack of a good measurement for child psychopathic traits, and disconnect between child and adult research on psychopathy, led me to question what we really know about child psychopathic traits”.

Salekin investigated the external cognitive, emotional, motivational, personality, parenting and biological correlates of child psychopathy. A striking overall finding was the extent of differences in the associations between the three child psychopathy dimensions and many psychological and biological variables. For example, Salekin found that unlike CD, the broader construct of psychopathy is not associated with low IQ. However, when examining each of the three domains in isolation, he found that GM traits were more consistently associated with high IQ and sufficient perspective-taking, whereas CU traits were generally associated with low IQ and insufficient perspective-taking; DI traits had mixed associations with IQ. The available data for physiological correlates with the psychopathy construct are also mixed, with inconsistent associations between startle (nervous) responses (determined by electromyography, skin conductance response and heart rate) and GM, CU, and DI traits.

“It was surprising to find that the factors that undergird psychopathy can sometimes produce quite fractionated findings with a variety of external correlates”, says Salekin. “This means that the processes that underlie the three dimensions could mean quite differentiate things in terms of heart rate variability and amplitudes or skin conductance to signalled (warning) and un-signalled (no warning) stimuli (like a shock or white noise) for the various specifiers of CD. Really, this does highlight how important it is to look at not only the broad construct but also the need to look at each dimension.”

Somewhat more consistent data has, however, been reported for the associations between emotions, personality and parenting and the broader construct of psychopathy. Salekin found considerable support for an association between child psychopathy and an emotional deficit based on affect recognition, empathy, or distress cue responses. However, the specific nature of this emotional deficit remains unclear as too few studies have been conducted at the level of each individual dimension. For personality, the broad construct of child psychopathy seems to be associated with low conscientiousness, low agreeableness, reward responsiveness and social dominance. But once again, only a few studies have examined each psychopathy dimension.

Salekin identified a surprising relationship between parenting and psychopathy dimensions: both harsh, inconsistent and cold parenting and supportive parenting may be involved in psychopathy trait development and/or maintenance. Specifically, youths with GM traits may have more supportive parents than youths with high CU traits, yet both groups of youths (and those with DI traits) engage in antisocial behaviour. 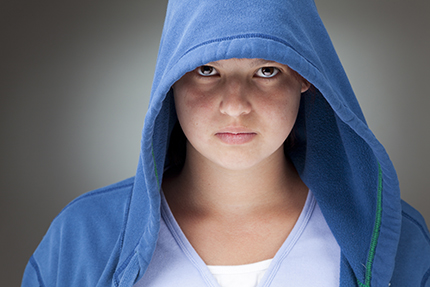 Finally, at the biological level, fMRI brain imaging studies have shown that GM traits may be less associated with functional brain impairments than CU or DI traits. Furthermore, structural, connectivity and functional neurological studies have all implicated the amygdalae in child psychopathy, which is in agreement with adult psychopathy. However, Salekin again acknowledges that although preliminary patterns are emerging between central nervous system functioning and psychopathy traits, the number of studies conducted and their sample sizes are too small to draw firm conclusions.

“Currently, there is still far too little known about the brain and how it operates with respect to psychiatric conditions and especially psychopathy, and we are not always clear about the regions of the brain implicated in deficits (lack of fear)”, says Salekin. “This was recently pointed out by LeDoux7 who suggested that the fear circuitry needs to be reconsidered, noting that some of the fear processing likely occurs in the frontal cortex”.

According to Salekin, a big issue that the field needs to make sense of relates to the processes that underlie each dimension and how they co-occur in a single configuration, with some facets masking the contents of other facets. For example, “how superficial charm and the generally polished outward surface of those with psychopathic traits can mask the emotionally devoid, and even emotionally deviant aspects of a psychopathic individual.” Professor Salekin and his research team are actively trying to understand such important clinical observations as “the mask of sanity”1, alongside their ongoing research on the three dimensions of psychopathy in relation to CD. 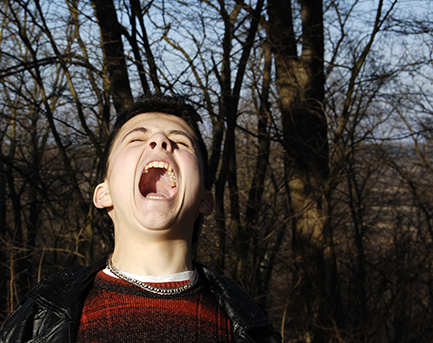 Salekin expects that the largest gains in the field will likely be made if the research community examines the wider construct of psychopathy and its underlying dimensions, as well as their relation to CD, Oppositional Defiant Disorder (ODD) and in the future, adulthood antisocial personality disorder. In terms of diagnostic nomenclature and manuals, he hopes that the field will eventually make a notable step toward including the broader set of psychopathy dimensions as specifiers for CD. “It’s difficult to deny that the sub-dimensions exist, and that they could better help understand the condition; their inclusion will help with clinical practice and guide clinicians in their work with kids with CD and potentially ODD”, says Salekin. “Better specification as to how CD manifests itself can only lead to better treatment and, thus, a quicker reduction in CD prevalence worldwide. Given that this disorder has a large toll on society, a large step is needed in this regard”. Although further research is needed, Salekin hopes that the Proposed Specifiers for Conduct Disorder (PSCD) scale that he developed together with Professor Robert Hare will facilitate progress in this area8. Salekin also provides some initial thoughts on how the different dimensions might be included in diagnostic manuals to better specify CD9.

In summary, Salekin’s Research Review highlights that while some intriguing patterns are emerging, there are still too few studies examining psychopathy in children at the broad construct level and even fewer studies examining the three core dimensions of psychopathy. “There are key questions about whether we will move forward with this as one construct or whether it will be fractionated: I guess there is some risk that if we continue to simply focus on CU we will lose out on gathering important information about the other two dimensions and child psychopathy more broadly”, poses Salekin. “This may also result in the child construct of psychopathy becoming largely separated from the work on adult psychopathy, yet there is a great deal of clinical history to speak to the importance of recognizing the broader condition”.

Grandiose-manipulative (GM) traits: a dimension of psychopathy in which an affected individual displays grandiosity, arrogance, dishonest charm and manipulation.

Callous unemotional (CU) traits:  a dimension of psychopathy in which an affected individual displays low empathy, low guilt and no remorse.

Daring-impulsive (DI) traits: a dimension of psychopathy in which an affected individual exhibits risk-taking and thrill-seeking behaviour.

Conduct disorder (CD): CD is characterized by behaviour that violates either the rights of others or major societal norms. To be diagnosed with conduct disorder, symptoms must cause significant impairment in social, academic or occupational functioning. The disorder is typically diagnosed prior to adulthood.

Perspective taking: the ability to take someone else’s viewpoint into account when thinking.

Oppositional defiant disorder (ODD): ODD is characterised by a pattern of negativistic, hostile and defiant behaviour. The disturbance in behaviour causes clinically significant impairment in social, academic or occupational functioning and the behaviours do not occur exclusively during the course of a psychotic episode or mood disorder.

Antisocial personality disorder (APD): APD is characterised by a pervasive pattern of disregard for and violation of the rights of others occurring since age 15 years. The affected individual is at least age 18 years, has shown signs of conduct disorder with onset before age 15 years and the occurrence of antisocial behaviour is not exclusively during the course of schizophrenia or a manic episode.

Affect recognition: recognition of emotion (fear or distress) in others by interpreting facial or vocal expressions.

Empathy: the ability to understand another person’s thoughts, feelings and condition from their point of view.

Distress cue response: recognition of distress in the faces of victims.