Homelessness and its impact on children 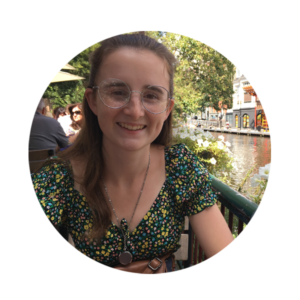 Amy Phillips
Psychology undergraduate at the University of Reading with PWP qualification with a particular focus on student health and childhood trauma. Amy is also an ambassador for the mental health app, Fika.

An estimated 131,000 children were reportedly homeless last Christmas (Shelter, 2018). That number is expected to grow this year, and the debate around social housing is only growing. So far, what has been notably absent is the psychological effect of homelessness on the children involved in this debate. In the run up to Christmas, this article aims to outline previous research on the effects of homelessness and the potential solutions already outlined, as well as point towards future research and actions.

The effects of homelessness on children

Social isolation: Firstly, homeless children can experience a large amount of social isolation from their peers – particularly if the child is in secondary school, as a lack of access to toilet facilities often means children’s uniform and hair go unwashed. In younger children this is not always an issue and appearance can be explained by a teacher or ignored completely by peers, but adolescents struggled with feeling self-conscious and being different from their friends. Some children reported feeling so embarrassed that they came into school early to wash in the school toilets before seeing friends. This level of social isolation is harmful for children, creating low levels of self-esteem, is a distraction from school work and a permanent source of anxiety for adolescents as well as a potential weak spot for bullies.

ACES: Another issue is that homeless children are particularly vulnerable to adverse childhood experiences, or ACEs. It can be argued that being made homeless is itself an ACE, especially when considering the uncertainty and frequent changes of environment creating trust and routine issues, but when paired with a vulnerability towards drug abuse (both from the parent and child), domestic abuse and sexual abuse from family members or friends that the child may be staying with, homeless children are especially vulnerable to ACEs. Such ACEs may harm their development and make them more likely to experience mental health problems later in life.

Substance misuse: Research produced in America shows the increased risk of adolescent drug abuse among the homeless population, with 71% of homeless children reporting drug or alcohol abuse disorders (Gilvarry, 2000). Similarly, the ability to recall childhood ACEs has been associated with increased neuroticism in comparison to those without ACEs or being able to recall ACEs (Reuben et al., 2016). This demonstrates the long-lasting effect of homelessness on future behaviour and how it can lead to destructive behaviour; this could be due to temporary accommodation being targeted by drug dealers resulting in an increased exposure, or the children seeking a destructive outlet for the anxiety and ACE fall-out as well as finding drugs readily available.

Sleep: Furthermore, children living in temporary accommodation struggle significantly with sleep; homeless children drew the attention of teachers after falling asleep at their desks or appearing physically fatigued and distracted. When questioned on this, children reported having to share a room with multiple family members and/or a bed with siblings during their stay in temporary accommodation. Where siblings were different ages this often meant being disturbed late at night when the siblings were coming to bed or because the children were sleeping in a living space where adults were watching TV late at night or rising early to go to work. Sleep is known to be important in development, but has also recently been shown to have a mediating effect between ACEs and delinquency – this is thought to be due to a lack of sleep impairing cognitive control and executive functioning, which is related to delinquent behaviours (Hambrick, Rubens, Brawner & Taussig, 2018). Sleep deprivation is therefore an important effect of homelessness to examine; it is crucial for academic attainment and social development into adulthood, as well as general cognitive functioning.

Anxiety: Children who are homeless experience a large amount of uncertainty and disruption during this period of their lives. This can lead to a larger than average amount of anxiety caused by the uncomfortable and inconsistent living quarters. Teachers reported that children became more anxious towards the end of the day just before they were scheduled to be picked up by their parents or carers, and some pupils reported being unsure of where they would be going after school. This anxiety reportedly made younger children withdrawn and less social, while older pupils became more aggressive, sometimes refusing to do homework and becoming confrontational. There are gender differences here, however, as the girls were found to be more affected by homeless-related anxiety, thought to be because female-related puberty amplified anxiety.

Loss of Personal Objects and Sense of Place: This anxiety can also be related to a lack of personal belongings, or “comforter” items which can be lost after a rushed move into or from temporary accommodation. Teachers noted that children became aggressively possessive of the items that they did own, resulting in confrontations with other pupils. This can lead to issues with social isolation, but comforters are also a key resource for self-soothing, relationship building, and this source of comfort aids sleep, which as I have just explored, homeless children often struggle with.

These effects have been found to be long-lasting, with research suggesting that anxiety in particular remains after permanent rehousing (Panos, Eleanor & Stuart, 1998), emphasising the need to understand the effects that homelessness has on children and the ways in which these effects can be minimised.

So what should we do?

The first action that should be discussed, and in my opinion the most important, is the continued need for children to be supported through times of homelessness and rehousing – we should not treat these issues as being over as soon as the child has been rehoused and the financial and accommodation issues appear to be resolved. Previous research has noted how difficult it is to keep track of homeless families, and during their one-year follow-up study one piece of research noted that the local authority had lost contact with nearly half of the families in the study after their rehousing and had no further information about them (Vostanis, Grattan & Cumella, 1998). Crucially, this research also noted that in the families they could contact, mental health issues related to homelessness still persisted in both parents and children. This showed the need for continued support after rehousing, which can only be given if these families are still able to communicate with their local NHS, school and council in order to access and be aware of the services they are entitled to. This requires an amount of institutional communication not currently present, as well as faster and more efficient methods of getting these children the support that is already available.

One such method for better communication between services is a screening process for mothers during pregnancy, assessing their financial and housing situation. In America, these screenings have been implemented with some success, and an important result of these screenings are referrals to programmes such as Head Start and Eviction Prevention which are used to make sure that at-risk families have access to help and support. However, it should be noted that these programmes have high levels of attrition and so may not be as helpful or effective as research suggests (Sheward et al., 2019). Furthermore, this screening process must be nationally standardised and recognised by all UK agencies to have an effect on cross-institutional communication (Kull, Dworsky, Horwitz & Farrell, 2019). This would take a great deal of effort on the part of the government in the future. This may be an unrealistic and impractical solution, which is unlikely to happen given the current climate.

A more realistic solution may be that the effects of homelessness such as anxiety and social isolation could be targeted through the use of play areas and spaces where homeless children can foster social connections with other children who share their experiences, particularly in older children where consistent social groups who share experiences are important for self-esteem. This development of a social network of homeless children could go some way to reducing social isolation, although children are still likely to move in and out of these networks when they move accommodation, so this should not be considered a sole solution.

Lastly, more research should be conducted regarding the effects of homelessness and possible solutions. At present the effects of homelessness often have to be pieced together through linking different (and sometimes unrelated) papers as demonstrated above in the effects of ACEs. A longitudinal study spanning many years can shed more light on the long-term effects on these children, as could a more comprehensive and standardised screening of these children and their symptoms applied around the country to improve access to services and provide important data. Research focused on developing a screening similar in style and ease to that used in psychological triage could be particularly beneficial to the homeless community. However, in the short-term we should ensure that the results from the research we do have are more widely known in both the psychological and wider community to reduce stigma around social housing and promote better government policy.

Child homelessness has significant and long-lasting effects, and although varying in appearance, impacts children of all ages and genders. It is imperative to this group of vulnerable children that we become more aware of these effects through both research and education of the public. Then we can engage in the debate about social housing in an informed manner, particularly as the government struggles to cope with the growing demand for such support. This increased knowledge and research should also be focused on more effective preventative strategies such as safe spaces and access to mental and physical health services even without a stable postcode. With this implementation and research, we can reduce the amount of suffering and spiralling mental health difficulties which homelessness so often creates.

The author has declared that they have no competing or potential conflicts in relation to this article.

Shelter. (2018), The housing crisis generation: How many children are homeless in Britain. Accessed: https://england.shelter.org.uk/__data/assets/pdf_file/0004/1626466/The_housing_crisis_generation_-_Homeless_children_in_Britain.pdf [PDF]

Great article! A real and true reflection on a current matter with a refreshing finish of presenting solutions rather than just outlining the problems. Good Job Amy.

Loved this article, it helped me with my course work for learning about children and young peoples mental health… thank you
I am wondering what has happened in the last 3 years since you wrote this… I have a feeling things have not improved for homeless children.