How does my lived experience inform my nursing practice? 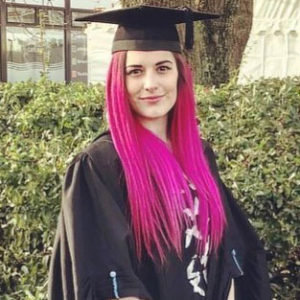 Cara Sturgess
Cara worked in Tier 4 CAMHS for a number of years as a Senior Health Care Support Worker prior to starting her nursing degree. She graduated from the University of Southampton in 2017 with first class honours and now works in a CAMHS Urgent Assessment and Home Treatment team in a Band 6 development post.

My experience with CAMHS started when I was around 13. I started to struggle a lot with low mood and eventually found myself developing an eating disorder and self harming daily, on top of starting to see my grades dropping drastically at school and my friendships breaking down.

I initially didn’t find CAMHS very helpful; I had access to two different practitioners in the community, neither of which I was able to build a connection with. I was mostly going to an appointment once a week to check my weight, my medication and my mood but without ever talking about anything that felt important to me. Things were deteriorating quickly and after hitting crisis point it was eventually agreed that I would benefit from an inpatient admission. As anticipated, this was a terrifying prospect, but I agreed because I genuinely wanted to feel better.

My first day on the ward was overwhelming but I was instantly greeted by so many warm and welcoming nurses and support workers. It took no time at all to make connections with people there because the staff seemed like actual human beings rather than just serious adults who I couldn’t build a relationship with. Although my recovery journey lasted into adulthood, I strongly believe that it started once I met those nurses.

I vividly remember sitting with my primary nurse, who remains one of my biggest inspirations, and being asked my views about my care and what I felt I needed. Nobody had ever really asked me that before. I felt like my opinions mattered and were being listened to, which was incredibly important to me. I didn’t feel like I was being treated like a child; my treatment was being done with me, not to me.

Nursing was never something I’d considered as a career growing up, and I didn’t leave hospital with an epiphany that being a nurse was my destiny. But over the next few years my thoughts came back time and time again to the impact those nurses had on my life, and how grateful I was to them. It started to become clear to me that I wanted to be that person and have that impact on somebody else. I joined the NHS as a support worker, studied counselling and did an access course. I did my GCSE’s in hospital and did poorly under the circumstances, so I had to do a lot of work to meet the requirements for university, but I was determined by this stage and felt like this was the career I needed to have. I left school at 16 with 4 average GCSE’s, and I graduated with a first class degree and the highest grades in my year. I never would have thought that was possible before, but I remembered all the people who told me to believe in myself and I worked hard over those three years to be the absolute best nurse I could be.

I worked in CAMHS as a support worker before going to university, and there was no doubt in my mind that I would continue in this field once I qualified. Being a CAMHS nurse allows me to be creative and to try to incorporate the most memorable care I received into my practice. I always hold with me the importance of being a human being first and a nurse second; I don’t want anybody I work with to think of me as an adult telling them what to do. Mental health nursing should be a partnership, and I want to have the young person’s views about what they want, and hopefully their trust that if I do need to do something they aren’t happy with, that I’m doing it in their best interests.

I don’t know whether I would have ended up a nurse had I not experienced CAMHS as a child. What I do know, however, is that without those great role models, I wouldn’t have ended up the nurse I am today.

This is an excellent narrative. Life experience is so important when working in this type of field. Children seem to pick up this relatedness without the practitioner having to say a word!

This is a heartfelt post which I couldn’t agree more with. Personal life experiences count for so much when entering this field of work and as you so rightly say the ‘human touch’ frim the nurses in your adolescence have given you the inspiration to pursue the career you have today and made you a more ‘human’ nurse. Mental health has for so long been overshadowed by physical illness, which is not to slight the physical, but the brain is a complex organ that needs nurture and attention. Thankyou for your post, it has inspired me to aim high.