Loneliness and relationships in young people 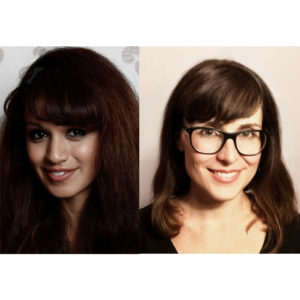 Dr Farhana Mann and Dr Francesca Solmi
Dr Farhana Mann is a psychiatrist and Wellcome Clinical Research Fellow at the Division of Psychiatry, UCL. She is particularly interested in social relationships, loneliness and their association with mental health. Dr Francesca Solmi is a Sir Henry Wellcome post-doctoral Fellow in the UCL Division of Psychiatry. Her research focuses on understanding early life risk factors for eating disorders integrating the use of biological measurements and large general population samples with novel causal inference approaches for observational epidemiology.

As people who believe that good quality, supportive relationships have a significant positive impact on our health (both mental and physical), we are pleased there has been a recent increase in both scientific and general public interest in loneliness. It is important to note loneliness, in this context, is not synonymous with solitude, or a person choosing to be alone. We refer instead to a persistent mismatch between the level of social connectedness a person has, and what they would like. It is a subjective state (i.e. relies on a person’s own appraisal of their quality and quantity of relationships).

We know it is associated with numerous physical health problems, and it is also linked with e.g. depression (Wang et al, 2018), dementia (Holwerda et al 2014), suicidal ideation (Stickley et al 2016) and an overall increased risk of dying earlier (Holt-Lunstad et al, 2015). A number of charities and other organisations continue to do excellent work to raise the profile of this issue, and these efforts have ultimately led to the appointing of the UK’S first ‘loneliness minister’.

However, when looking at the posters, campaign leaflets, resource packs and even scientific papers on the issue of loneliness– one can’t help but notice the vast majority of the discourse centres around older people. What is also notable is that most of the literature on interventions to reduce loneliness also centres on older people (Mann et al 2016, Masi et al 2011). This is understandable to an extent, as older people (in particular the ‘oldest old’ aged over 85 years) constitute a ‘high risk’ group. However, there is emerging evidence that loneliness (and the related concept of social isolation) also peaks in young adulthood (Lasgaard et al 2016, Victor & Yang 2012).

It is therefore vital that we take steps to better understand the specific experiences of young people and are careful not to simply extrapolate from findings established through studies of potentially very different populations. What can we learn from what has already been done? What can we do differently? What else needs to happen? We share some thoughts on research priorities.

One lesson we can learn from existing research, is that interventions to reduce loneliness tend to have modest effects once the person is already both lonely and unwell. Public mental health programmes that enable individuals to consider their social relationships and social convoys throughout life (i.e. before they find themselves unwell) may, on the other hand, have a much bigger impact.  Consider the familiar benefits of ’stop smoking’ programmes. The effectiveness of these campaigns rests on evidence that smoking causes a number of health problems. Hence, we know that if we reduce smoking, we can reduce disease.  Preventative programmes tackling loneliness therefore need to be grounded in robust evidence that shows strengthening a child or adolescent’s social relationships leads to better mental health outcomes over time. McDaid et al recently estimated the cost savings of reducing loneliness in older adults; we need to consider the potentially huge benefits of supporting young people who are persistently lonely.

One way to explore whether loneliness is a cause of mental illness in young people is to conduct more longitudinal research. We know, for example, that young people in the general population who identify as socially isolated, are also more likely to report suicidal ideation, self-harm or have poorer academic achievement (Benner 2011, Gallagher et al 2014). However, most of this evidence is cross-sectional, meaning that mental health problems and loneliness are measured at the same time, and it is difficult to know if loneliness preceded and, potentially caused, the former.  A handful of studies  (e.g. Matthews et al 2018, Caspi et al, 2006) ) have followed children up over time, but these have tended to be relatively small in number, measuring only objective markers of social relationships, or not measuring specific health outcomes, though their results do suggest being lonely as a child predicts some poorer outcomes. Stronger evidence creates a stronger position to advocate for proper solutions for young people. Better studies of this nature may also enable us to study any mechanisms involved: how or why is loneliness associated with poorer mental health for example.

We must also bear in mind the needs of different groups of young people, and not assume a universal approach will suit everybody. At a recent public event we held on mental health in schools, it was highlighted we (as researchers) need to get a lot better at actually talking to young people about what they want/need. And be proactive in involving young people in the research process: what should we be asking? How should be asking it? How do we interpret the answers? We need both the views of people in the general population, and young people with existing mental health problems (‘clinical’ population).

The UK has a phenomenal tradition of longitudinal cohort studies, following up large groups of people from birth until old age.  But big studies take time (and money). As do randomised trials. They are important tools, but what do we do in the meantime? We can certainly draw on the existing evidence on who is more at risk of being lonely in the general population (e.g. people with mental health problems) and what the consequences may be, whilst being aware of its limitations.  We should endeavour to include appropriate scientific measures of effectiveness when we do try to roll out interventions for young people, and try to learn from and share what we find. We should consider seriously the potential for innovative digital technology to help young people feel better connected, whilst bearing in mind the need for confidentiality, anonymity and potential risks to well-being. We should look more closely at family and parental relationships, and what healthy supportive relationships look like (we have much to learn from people who do NOT identify as lonely or have found helpful ways of dealing with it).  We should also keep in mind the associations between loneliness, isolation and wider societal factors such as low income (Niedzwiedz et al 2016).

Finally, tackling the serious issue of loneliness and isolation in young people will likely require a complex, multi-pronged approach but simply being aware of it enough to start a sensitive conversation with a child who may be suffering, is a good place to start. And for a young person feeling lonely, if unable to confide in family for example, talking to a trusted member of staff at school or making an appointment to talk with a GP about how you are feeling, and what could help, are options.

I would firstly like to introduce myself. My name is Elizabeth and I am a graphic design student who is currently pursuing my third year degree in Nottingham Trent University. I am currently working on a university project about loneliness and just wondering if it is possible to ask you some questions about your campaign for a deeper understanding about it for my primary research.

Hope to hear from you soon.

Hi. Dr Farhana Mann & Dr Francesca Solmi don’t work directly for us but you can follow them on twitter, handles in the article. Also, you may find the Campaign to End Loneliness useful