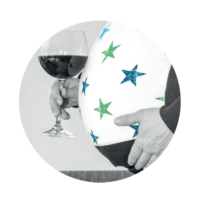 Our conference on Fetal Alcohol Spectrum Disorders aims to raise awareness and understanding of fetal alcohol spectrum disorders (FASD) and provide an overview of how individuals and families affected by FASD can be supported. Listen to Dr. Jennifer Shields & Dr. Sarah Brown discuss FASD in this podcast.

Dr. Mukherjee started the first NHS based specialist Fetal Alcohol Spectrum Disorders behavioural clinic and since then has seen over 150 cases for specialist second opinion. He completed his PhD on the subject of Fetal Alcohol Syndrome in 2014. He has also acted as an invited advisor to the BMA board of science, The Department of Health and the World Health Organisation on the subject of FASD. Dr Mukherjee also gave evidence to the first All Party Parlimentary Group on FASD at the House of commons. Dr. Mukherjee is also Clinical lead for adult Autism Services for SABP provides diagnostic services to Surrey, Hampshire and Portsmouth.

Dr Brown has longstanding interests in advocating for the needs of Looked After and Accommodated Children and is the Lead Paediatrician for LAAC Health within Ayrshire. Dr Brown is the Lead Clinician for the Scottish Government Fetal Alcohol Advisory and Support Team and is committed to supporting the nationwide development of FASD services and improving clinician confidence in the diagnosis of FASD. She regularly teaches and presents at conferences on Fetal Alcohol Spectrum Disorders and is a member of the FASD SIGN Guideline Group.

Róisín has worked in the drug and alcohol field since the early 90s in both clinical and managerial roles. During this time she also worked as a reviewer for the Health Care Commission and has delivered the RCGP Part 1 and 2 – Working with Drug Users in primary care in venues across the North West. Róisín has also facilitated workshops at several national conferences. Her current role as Senior Advisor for Alcohol Exposed Pregnancies at the Greater Manchester Health & Social Care Partnership, is to lead on an initial 2 year ‘proof of concept’ programme to reduce alcohol exposed pregnancies and progress towards and ambition of ending new cases of Foetal Alcohol Spectrum Disorder.

This ‘proof of concept’ programme aims to reduce alcohol exposed pregnancies with the ambition to eliminate new cases of Foetal Alcohol Spectrum Disorder. Before joining Greater Manchester Health and Social Care Partnership, Rachael worked in NHS drug and alcohol treatment services for 19 years in both practitioner and managerial roles. During that time Rachael led both clinical and children and families services. Rachael is committed to the hidden harm agenda and throughout her career has strived to implement and improve practices to reduce drug and alcohol related harm.

Dr. Jackson trained as a Paediatrician at Edinburgh University and specialised in neuro-developmental assessment. Her previous role in NHS Lothian was the development and organisation of Learning Disability Services for children and young people. She established, and was the Clinical Lead for, the CEN NMCN (National Care Network in Scotland for Children with Exceptional Health Care Needs). Over the past 5 years she has led the consultation process resulting in the recent launch of the Scottish Government Diagnostic Pathway for Children with FASD (Fetal Alcohol Spectrum Disorder). This is one of a number of Scottish Government initiatives in relation to FASD. She is co-chair of the SIGN (Scottish Intercollegiate Guideline Network) FASD Diagnosis Guideline Group. 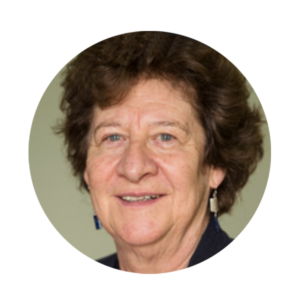 Moira’s main interests include women, alcohol and mental health, drinking in pregnancy and Fetal Alcohol Spectrum Disorders. She has published on these and related subjects in peer reviewed journals and books. Moira is the UK lead on the Gender Alcohol and Culture: An International Project (GENACIS) which includes over 40 countries worldwide. She has acted as consultant to the World Health Organisation, the UK and other governments, the Centre for Addiction Research & Education Scotland (CARES) and is a UK consultant to the US Collaborative Initiative on Fetal Alcohol Spectrum Disorders (CIFASD). Moira is a psychotherapist and trains and supervises counsellors.

Senior Research Fellow in the Faculty of Health, Education and Life Sciences at Birmingham City University

Carolyn was the Project Lead for two projects investigating the educational implications and early childhood practitioner knowledge of FASD in the UK and an advisor to the Complex Learning Difficulties and Disabilities project. She is the lead author of the first UK text on the educational needs of children and young people with FASD and co-editor of an international interdisciplinary text on FASD. Carolyn is currently writing a book on inclusive practice for early childhood professionals supporting young children with FASD. In addition she has authored and co-authored numerous articles and been an invited speaker at numerous national and international conferences in relation to FASD. Carolyn is a Board Member of the European Association on Early Childhood Intervention (Eurlyaid) and an Editorial Board Member of Infants and Young Children.