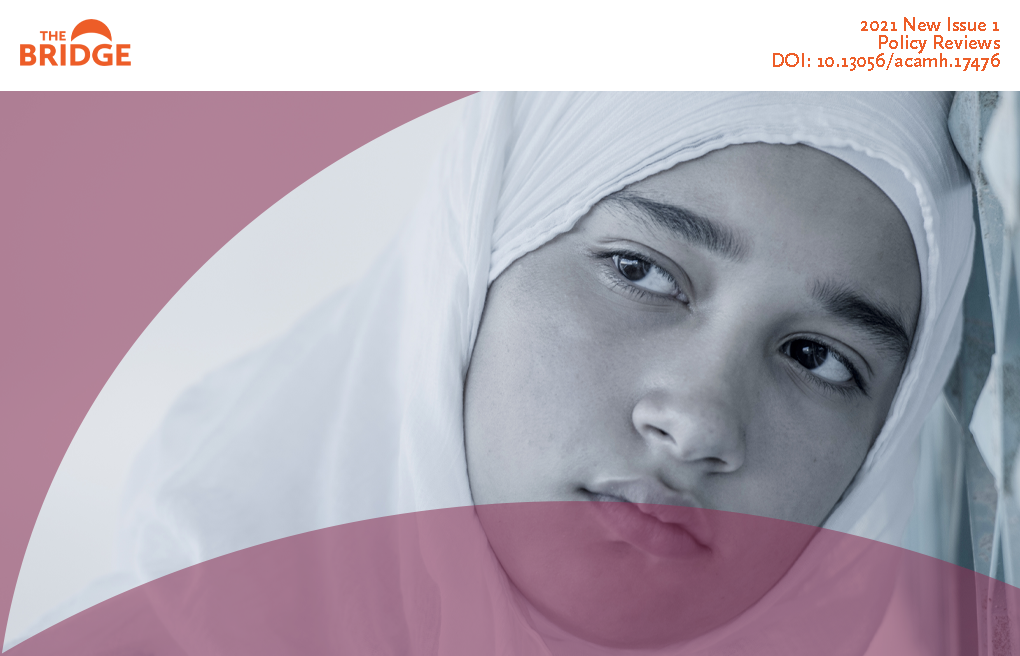 Mental health legislation can reveal much about a society. The detention of people with mental health problems was first regulated in British law in the 18th Century. The 1713 and the 1744 Vagrancy Acts allowed the apprehension of the “furiously mad and dangerous” so that they could be “safely locked up in some secure place”.1 Overtime, the emphasis on containment of the mentally ill for the protection of society has shifted towards the care and treatment of those with mental ill health. At the beginning of the 20th Century, the 1913 Mental Deficiency Act was defined as “an Act to make further and better provision for the care of feeble-minded and other mentally defective persons”.2 The Mental Health Act 1959 and our current Mental Health Act (MHA), established in 1983, introduced more rights for those detained, including shorter admissions, more chances to appeal and entitlement to aftercare services.3

However, in 2017, the then UK Prime Minster, Theresa May, appointed Professor Sir Simon Wessely to carry out an independent review of mental health legislation and practice, with particular focus on why the use of the MHA had been growing so much in recent years, and the decades of over-representation of Black people in the detained population.4 In January 2021 the government published the Reforming the Mental Health Act White Paper, which set out the proposed changes to the MHA based on the 154 recommendations from the Wessely review and asked specific questions about these changes in a public consultation which closed at the end of April 2021.5 This will inform the creation of a new Mental Health Act Bill.

People working in the field of child and adolescent mental health will probably not be surprised to hear that both the independent MHA review and the White Paper focus primarily on adults. However, some of the proposed changes to the MHA will have significant implications for children and young people with mental health problems, their parents and carers, and the clinicians working with them. Below we discuss five areas of particular relevance.

There is, in fact, only one question in the White Paper consultation that asks specifically about young people under 18. This is in relation to the proposed removal of the Nearest Relative (NR), instead allowing people (with the capacity to do so) the option to nominate someone of their choosing (a Nominated Person, NP). Given the potentially significant powers currently associated with the NR role, including objecting to the detention, applying for discharge, and appealing the detention, this is a very positive change. But the consultation asks specifically whether this option should be extended to those under 16 who are ‘Gillick competent’. While it seems appropriate that those under 16 should have the same right to choose an NP as those over 16, it does raise some interesting and potentially tricky issues. What happens if the young person does not choose the person with parental responsibility for them? What role would the parents then have in the young person’s care? How do we ensure that the young person is fully informed of the implications of their decision and when should this happen? Can they choose someone under 18? Although the consultation has officially finished, there are ongoing stakeholder workshops planned to discuss these issues further.

The White Paper specifies that in order to choose an NP, someone under 16 would need to be ‘Gillick competent’ but it does not define how this should be assessed. The Wessely review recommended that a formal test of decision-making competence in those under 16 should be included in the new MHA and suggested that this be adapted from the functional test for capacity in s3 of the Mental Capacity Act (MCA).4  However, the White Paper states, “The government appreciates that there are different opinions about matters to do with children and young people’s rights, and for under 16s matters to do with assessing their capacity and competence. These matters are ultimately for the Code of Practice rather than the act itself and will form a focus for consultation when we come to review the Code”.5 For the time being, this leaves clinicians without clear and consistent guidance on how to assess the decision-making ability of young people under 16, which given the emphasis on individual choice in the White Paper, will likely be of increasing importance. However, assessment of Gillick competence has implications which extend far beyond the MHA and it would be important to consider this if any formal test was to be included in the new mental health legislation.6

As part of the commitment to ensure people have more say in their treatment, the White Paper proposes the introduction of Advance Choice Documents (ACDs) which would enable people to document preferences in advance, including preferred treatments, treatments they would rather not have, preferred gender of staff, circumstances that might indicate that they have lost the relevant capacity, and religious/cultural requirements. The validity of an ACD will likely depend on whether the person had the relevant capacity at the time it was made, and further clarity is needed as to the circumstances in which the ACD can be overruled. There is no mention in the White Paper about whether ACDs would also be possible for people under 16, and if they are, how competence to make them would be assessed, who would do this and when. In addition, for those under 18, and certainly under 16, it would also be important to consider parental involvement in the creation of an ACD, for example, whether those with parental responsibility have been informed of the contents. The current proposals allow for a person to refuse treatment, “even if the treatment is considered immediately necessary to alleviate serious suffering”.5  At present in law it is possible for parents to overrule a child or young person’s refusal to treatment and also the Children Act (1989) expects that those with responsibility for children will act in their ‘best interests’.6  As such, it will be important to consider the necessary limitations of ACDs in children if the choices that they make could be deemed to be contrary to their best interests.

People with intellectual disability and autism

Another potential change that could have important implications for children and young people, is the proposal that autism should be removed as a mental disorder within the meaning of the MHA. However, one of the reasons that people with autism are admitted to psychiatric hospitals under the MHA is because of a lack of appropriate alternative community resources, and without more of these, a change in legislation is unlikely to lead to meaningful improvements in the care of people with autism. It will also be important to ensure that people with autism are not excluded from the right to mental health care under the MHA if this is thought to be necessary.

A further proposal is that people with intellectual disability and autism should not be able to be detained under a section 3 of the MHA. Although the motivation for this is good (to prevent lengthy admissions for people in these groups under the MHA), there is concern about unintended consequences including people being discharged from hospital before their assessment and/or treatment has been completed, or people being held in hospital under the MCA which lacks some of the safeguards of the MHA.

The White Paper also asks whether section 5 of the MHA should be extended to enable health professionals to temporarily hold people in A&E who are presenting in crisis.  There is concern that fear of detention in A&E might prevent help-seeking. However, currently the MCA is the only provision available to hold someone in A&E and this does not apply to those under 16. The extension of section 5 potentially allows for the safe and legal detention of people who could pose significant risk to themselves or others if allowed to leave A&E, as well as providing additional safeguards for this population and those working with them.

The introduction of a new mental health act does not happen very often, and it is positive that changes are currently being considered which should increase the rights of people with severe mental health problems. However, legislative changes alone are likely to be of limited impact given the chronic underfunding and staffing crisis within mental health services. The proposed changes will also have major resource and training implications for services that are already over-stretched. At a time of growing demand on mental health services following COVID-19, substantial further investment is needed, including for social care, alongside legislation change in order to address existing health inequalities and improve the experiences and outcomes of those with mental health difficulties, of all ages.

Dr. Susan Walker is Honorary Consultant Child and Adolescent Psychiatrist at Great Ormond Street Hospital and NIHR Doctoral Research Fellow at University College London. Her research investigates the use of the Mental Health Act (MHA) in young people, and she is lead for mental health law in the Royal College of Psychiatrists (RCPsych) Child and Adolescent Psychiatry (CAP) Faculty. She contributed to the MHA review and response to the White Paper consultation on behalf of the RCPsych CAP Faculty.

Professor Bernadka Dubicka is Consultant Psychiatrist at Pennine Care NHS Foundation Trust, Honorary Professor at the University of Manchester, and Editor-in-Chief of the journal Child and Adolescent Mental Health. She is the former Chair of the RCPsych CAP Faculty and held this position during the MHA review and White Paper consultation. She contributed to the MHA review and response to the White Paper consultation on behalf of the RCPsych CAP Faculty.

Dr. David Kingsley is Consultant Child and Adolescent Psychiatrist and Clinical Director for CAMHS at Priory Healthcare. He worked as a CAMHS low secure unit consultant for 10 years and is currently Clinical Lead of the NHS England CAMHS Low Secure Network. He is also CEO of Care in Mind, which provides mental health supported residential care for young people with complex needs across the North of England. He contributed to the MHA review and response to the White Paper consultation on behalf of the RCPsych CAP Faculty.

The authors declare no conflicts of interest in relation to this article.