Talking therapies and adapting for autism

Dr Ann Ozsivadjian is a clinical psychologist who specialises in making talking therapies work for children with autism. Her job at Evelina London Children’s Hospital, Guy’s and St Thomas’ NHS Foundation Trust, was created at the request of the parents of autistic children, who were having trouble with conventional talking therapies.

“Accessing therapy can be difficult for people with autism spectrum disorder because of their language, social and communication difficulties” said Ann “you need to take this into account”.

Her patients can struggle with bright lights, loud noises, unpredictability or busy social settings. Ann has to make sure her clients are shielded from any of these discomforts, if her work is to be successful.

“What I might do beforehand is invite them to our website and show them what the department looks like beforehand and who they’re going to meet” she said.

Once she has patient and parent settled in the therapy room, a whole host of new challenges arise.

“Some people have difficulty making eye contact or talking to adults” she said “it’s about thinking of ways around that.” She said it’s important to have a clear structure and timetable “so children know you’re not just going to be barking at them for an hour”.

She also breaks up verbal activities with non-verbal ones, giving the children a break and her a chance to talk to their parent. “I tend to use the whiteboard a lot” she said “even for really simple explanations for something.”

“Let’s say I’m asking them to talk me through what happened the last time they were anxious, if they’re having difficulty I might draw it on the whiteboard while they’re telling me about it.”

“That supports their thinking and takes the pressure off them to talk to me, sometimes they’ll grab the pen off me and draw it themselves,” she said.

She fell into adapting talking therapies to specialist populations as a result of her first job after psychology training. “The service that I worked in happened to see children with quite significant associated mental health problems, it wasn’t just about diagnosis” she said.

She said the field of adapting her chosen therapy, CBT, to specialist populations has grown fast in recent years. “There was an interest, simultaneously, across the world” she said “research started coming out, people started publishing case reports and then we all started talking to each other at conferences.”

“There wasn’t much in the literature so there was just a group of us who used to meet quite regularly and talk about the adaptations that we’d made and the research came from there really.”

Ann is speaking at a Neurodevelopmental SIG in October 2019.

Hi
I am currently completing my MA in Integrative Counselling at University of Manchester and my research project is counsellors thoughts an feeling about working with clients with Aspergers. I wonder if you can point me in the direction of the latest research?

The most research we have from our journals in this area is from 1997, we have a number of papers on Autism if that could help?

Certainly useful to think about how children and young people who have communication difficulties can access talking therapies – vital as so many will also have mental health problems in need of support.

How do i see the journals in autism

We have many resources on this topic. The best thing to do is to go to the search bar and type in autism for a list of content on this topic.

Hi. I wounder if you can send me information about autism..my granson is 3..he doesn’t talk. Its all new to me…he loves singing in is own little. World he is such a blessing…and bright child..but he gets frustrated in communication

You might find our Topic Guide on Autism of use, also the National Autistic Society, and Autistica, have a wealth of resources.

Is there anything similar to this for adults with autism. I am looking for help for my daughter 19 with high functioning autism and severe depression. Standard talking therapy has been traumatic for her . Thank you

The National Autistic Society, and Autistica, have a wealth of resources and are probably your best point of call. 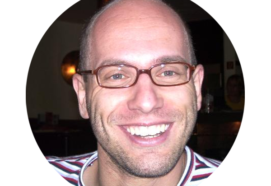