Incidence and outcomes of eating disorders during the pandemic: what has changed? 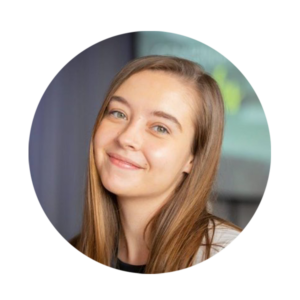 Clara Faria
Clara is a junior doctor and aspiring child and adolescent psychiatrist. She currently serves as a Young Person Ambassador for ACAMH and is interested in eating disorders and in the epidemiology of mental health disorders in young people.

Has the number of new diagnoses of eating disorders in young people increased during the Covid-19 pandemic?

What is happening now & going forward

To answer those questions, a group of researchers, led by Maxime Taquet, used Electronic Health Records to analyse data from over five million US patients between 20 January 2020 and 19 January 2021. The authors investigated a few questions. First, they looked at whether the incidence of eating disorders in 2020 had increased compared to 2019. They also looked at whether the risk of suicide ideation attempt and death within 6 months of an incident diagnosis of an eating disorder was higher in 2020 versus 2019. Finally, they investigated if, compared to patients who attended healthcare services for other reasons, those who had a diagnosis of Covid-19 were at higher subsequent risk of receiving a diagnosis of eating disorders.

5,186,451 people were analysed, out of this sample size, 8,741 were diagnosed with an eating disorder during the Covid-19 pandemic period. The mean age of the people who received an eating disorder diagnosis was 16.2 years old and the large majority were women (78.2%).

Going back to the initial question, whether the incidence of a first diagnosis of eating disorders increased during the pandemic, the answer is yes. An excess of 15.3% new cases were observed in the sample, compared to the previous year. However, the increased risk was restricted to women, notably was highest for those aged 10 – 19 years old and was observed mostly for anorexia nervosa.

The authors found that, compared to the previous year, the increase in eating disorders was larger in women than in men. According to NICE guidelines, 90% of the people in the UK with an eating disorder are female. The increase reported was observed mostly for anorexia nervosa, which is the least common eating disorder. Despite being the least common, anorexia nervosa is the mental health disorder with the highest mortality rate than any other mental health condition (around 5.1 deaths per 1000 persons – year), also according to NICE data.

The overall rise in eating disorder cases should cause widespread concern and could overload already overstretched CAMH services. The fact that the increase reported was observed mostly for anorexia nervosa could potentially mean mental health professionals will be seeing young people with more severe eating disorder presentations.

Regarding the risk of suicide, there was also an increased risk for attempting suicide. There was a 69% higher probability of patients, who were diagnosed with eating disorders in 2020, to attempt suicide compared with patients diagnosed in the previous three years.

This new evidence has direct implications for clinical practice, as it supports the prediction that, from now on, in the short term, specialist CAMH eating disorders services could keep receiving an overwhelming number of referrals , which prompts the need for adequate resourcing for those facilities, in order to minimise waiting list times and increase access to care. However, it is still unclear for how long this trend will persist in the UK and in the rest of the world, as the data analysed in the research piece came mainly from patients based in the US, which adopts a very different health system. The EHR database also only includes patients who made a health care visit, both in primary and secondary care facilities and is not a population representative sample. It could be that this increase represents true new cases, but it also could include people who already had an eating disorder and did not have access to healthcare before, rather than a true new case.

We still don’t know what caused this increase during the covid pandemic, and thus more research is needed to shed light on risk and mitigating factors for eating disorders, which could potentially explain why we are observing this rise. Besides, in order to plan and deliver effective screening and interventions for eating disorders in young people, we need funding for research at the population level, not only studies with clinical samples, as was the case in this research piece. Currently, there is very little funding designated to eating disorders research. As pointed out by the report conducted by the charity BEAT, the total UK investment in eating disorders research amounted to just £1.13 per person affected per year between 2009 and 2019. Finally, more funding to eating disorder services is urgently required as they are already overstretched.

The incidence of eating disorders during the covid pandemic increased and those diagnosed had an increased risk of attempting suicide.

This research piece used a large database of electronic health records to show that the incidence of eating disorders in young people during the covid-19 pandemic increased. It is important to notice, however, this increase is observed in a clinical sample – it studied only people who had been in contact with a health service, which means we might be missing cases. Moreover, the majority of the patients were based in the United States. Going forward, we need prospective cohort studies to look at the incidence in the general population and also to identify those groups that are at a higher risk. Most pressingly, urgent action regarding service provision is required now. As the authors concluded: “Services need to be resourced adequately and urgently to deal with the increased demand.”

Services need to be urgently provisioned to deal with the increased demand and severity of eating disorder presentations. More studies are still needed to draw conclusions for the general population.

Very interesting information. I think that a big number of diagnosis of ED during the pandemic, could have been due to some (or many) underdiagnosed cases of autism in females. Around 25% of people with AN are autistic (Boltri, M 2021), but as presentation of autism in females is different than in males, and research in ASD always had been in males, so there are many cases of girls and women that are under the radar. One of the main traits of autism is rigidity and big difficulty with changes (they tend to ‘love’ their routines) and, during pandemic, routines ‘exploded’ and people had to adapt to many different situations. If for a neurotypical person was hard, we can imagine how hard was for autistic people, and two of the main aspects that a girl o teenager can control, is food and exercise. Well, I’m sorry for my long comment (and for English mistakes), but it is a very passionate topic for me (ASD and ED). Congratulations from Barcelona!