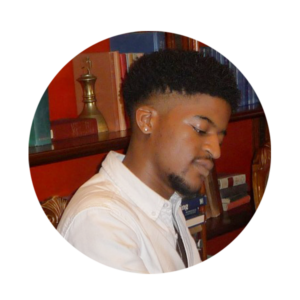 Lara Brooks-Simpson
Lara is an experienced Private Patient Co-ordinator with a demonstrated history of working in the hospital & health care industry. Lara is also the author of IXI Comics.

Dissociative Identity Disorder (DID) is a condition that most of us have heard about, but when we break it down, many of us don’t quite understand what it truly is and how it can affect individuals. My interest in the nature of this condition led me to undertake more research.  Upon researching, I discovered that information about DID was available, but not nearly as much as say, depression. I then spoke to many mental health professionals, namely clinical and assistant psychologists, and it became clear to me that as the research shows, Dissociative Identity Disorder is under-represented and holds a lack of research compared to other areas in mental health.

Dissociative Identity Disorder was previously named Multiple Personality Disorder and is a rare condition that affects around 1% of the community population (Foote, 2013). It is defined by some of the following statements:

It is important to me that we share information on the symptomology and diagnosis of Dissociative Identity Disorder so that we can present a realistic idea of what this disorder is like amidst its presently under-researched state. One area that I would like to see progress is the psychoeducation of mental health with children so that awareness and understanding is spread, as opposed to stigmas.  If we can continue to help people understand what it is like to live with a longstanding mental illness and help reduce stigmas, then we can broaden the examples of living experiences for such conditions. Given this, it shows how important it is to have psychoeducation in this area to reduce the social stigmas that are attached with mental illnesses, especially those rarer conditions such as DID in children. Though there is great controversy regarding labelling, from professionals that I have discussed with, psychoeducation can help break the ice between further isolation post-diagnosis.

Reflecting on the current case studies of individuals with Dissociative Identity Disorder, we can see only some of the symptoms that people go through. Its very existence is even debated as some psychologists believe it leans towards the symptoms of schizophrenia. However, my journey through research in this area has driven me to work towards changing mental health and calling for more research in areas that are least understood. Working with more people who are diagnosed with Dissociative Identity Disorder could potentially help evolve diagnosis and symptomology if children with emerging symptoms are seen sooner through services, as opposed to instances of crisis.

The assimilation model suggests that the disorder is constructed of a multi-voiced view of self, all with an independent agency (Humphrey et al., 2005). The model also mentions ‘meaning bridges’, whereby words or emotional memories that the personalities share make living harmonious for the individual. This model suggests the lack of meaning bridges is what cause discord with the different personalities trying to assume agency. Though this model is inconclusive and being remodelled, it points to psychotherapy as a key part of helping the individual cope.

Contrastingly, a case study was conducted on a 19-year-old male patient who was diagnosed with Dissociative Identity Disorder (Şar, Mutluer, Necef & Fatih, 2018). In the article called ‘Trauma, Creativity, and Trance: Special Ability in a Case of Dissociative Identity Disorder’ it was found that one of the identities that developed was creative and allowed him to represent charcoal drawings of people, purely from memory. Though this is an extraordinary case, what the individual reported during these episodes is important. The young adult reported amnestic gaps during his life, such as finding himself ‘waking up’ in a new location or not recalling doing certain things. In addition, upon waking up from these episodes, he could not recreate his artistic ability from his other personality. Though there is not enough case studies to quantify how and why amnesia occurs during DID episodes, the diagnostic manual of psychology has included it in its definition. In the case of this specific case study, the traits of his alternate personality allowed him to tap into something creative. We must also, however, consider other realities of this. What if the alternate personality is of a malignant nature? The moral debate of the disorder and accountability of actions are discussions that should be raised as the rarity/infrequency of such scenarios does not make it less important. We should have the correct structure/enforcement systems to support individuals who find themselves in this situation.

The studies and articles available are thorough as they explore the disorder on a case by case basis. Given the rarity of this condition, the research is not as extensive as it needs to be. Information of this disorder is generally conserved within the psychology society, for professionals or researchers and those diagnosed. It is somewhat integral that the consistent flow of information is available to the general public and those not in touch with the psychology world.

The implementation of psychoeducation in literature, film and other regularly consumed media would be advantageous as it allows people to understand the message that it is okay to seek help. Thus, more people will be exposed to the concept of this disorder, where they normally may not have encountered it. It is valuable to display that we don’t want to label thoughts and behaviours whilst growing up, for example, imagination, however, in these infrequent cases where it is a disorder, we need to ask whether children have the understanding to seek help or explain what they are going through. This first step is the most integral.

In conclusion, being under-represented and under-researched means that children can go through these symptoms for a while without appropriate mental health input until they are seen in crisis. If reading this book could help a child open up then it serves a purpose within the directive of psychoeducation. Furthermore, it becomes a contributing statement that information/support about mental health is available even though it is through fiction or media. If it helps a child feel more secure to reach out for help or understand about disorders then it holds a value to the greater goal of mental health awareness. As an author, I’d love to work with professionals in mental health to help understand diagnoses such as DID.  We must stop labelling, however, we must start helping people seek the services available and recognising the need for new research in less diagnosed areas of mental health.

This article is amazing and it was very helpful!!