Yes, young people are concerned about climate change. But it can drive them to take action 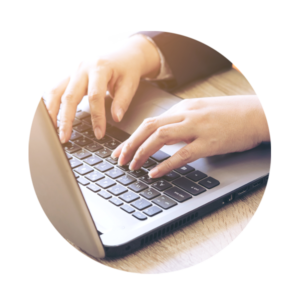 The COP26 climate change conference in Glasgow is drawing to a close. And despite high hopes, many young people may be feeling disappointed with the progress at these landmark talks.

They may be feeling anxious about their future, considering they’ll be bearing the brunt of the impact of decisions made over the past two weeks.

Our soon-to-be published research in the journal Child and Adolescent Mental Health shows most young people in Australia are concerned about climate change.

But that’s not necessarily a problem. For some, a growing concern can motivate them to take action.

There’s a word for this concern – eco-anxiety

We know adults experience these types of climate-related emotions.

However, understanding young people’s views about climate change is important as they are more likely to be alive to experience its worst potential effects.

Young people have also had a prominent role in climate activism, including the School Strike 4 Climate movement involving millions of young people around the world.

Given the level of young people’s worry or concern about climate change we identified in our study, we may see their views becoming more influential as they reach voting age.

Listening to these climate change concerns is vital. However, only 13% of young people in Australia feel government leaders are listening to them.

In our study, we tracked concern and worrying about climate change in more than 2,200 Australian young people over a period of eight years. At the start of the study, participants were aged 10-11, so by the end, they were 18-19 years old.

At 18-19 years of age, most young people (75%) had at least some concern or worry about climate change. But we also identified different patterns of climate worry over time.

But 17% had persistently low levels of worry. Some young people became less worried over time.

Compared to those who were moderately worried, adolescents with high levels of persistent climate worry had higher depression symptoms at age 18-19. However, those who increased their climate-related worry over time did not.

This suggests developing an awareness and concern for the environment was not associated with general mental health difficulties.

Those with persistently high and increasing levels of climate worry had greater engagement with politics and news at 18-19 years.

There are some positives

Some level of worry and anxiety is normal. Anxiety can play an important role in protecting ourselves from danger and threat.

Some worry may also motivate people to engage in constructive responses to climate change.

Although we did not specifically examine activism in our study, previous studies show climate worry is associated with greater feelings of personal responsibility to make changes to reduce the impacts of climate change.

However, anxiety can become a problem when it preoccupies us, leads us to avoid the thing that makes us anxious, gets in the way of daily life or stops us from doing the things we want to do.

Our study shows that for most young people, climate worry is not associated with general mental health difficulties.

However we don’t yet know the relationship between climate-related worry and mental health difficulties in younger children, as our study only looked at mental health outcomes at age 18-19.

What if your concerns are overwhelming?

Open communication about climate-related worry is essential. Parents play an important role and can talk with their children about these issues and listen to and validate their concerns.

Worrying about the environment is rational and grounded in reality, as we are increasingly seeing the impacts of climate change around us.

It’s OK for young people to feel worried. And we shouldn’t assume these worries are unproductive or necessarily associated with broader mental health difficulties.

Acknowledging and validating feelings is key, and supporting young people to engage in activities to take action, if they want to, may help.

Reassuringly, most young people in our study were not presenting with levels of worry that would warrant further assessment or treatment.

Where to go for support

If young people (and their parents) want additional support, seeing a GP is a good first step. Young people can also visit specialist youth mental health services such as headspace.

A psychologist or other mental health professional can help young people develop ways of coping with and managing their worries.

This article is republished from The Conversation under a Creative Commons license. Read the original article.