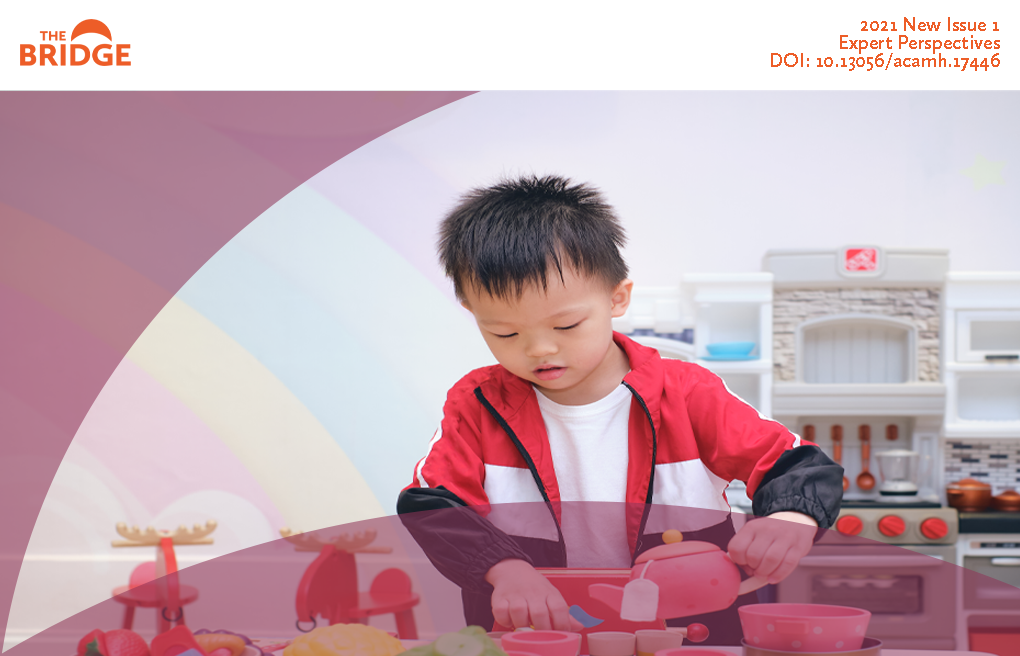 Anita Thapar discusses that genetic studies of mental health have revealed important insights about the influence of genes and the environment, and the nature of disorders. She explains how these insights could improve mental health care for young people and their families now and in the future.

Genetics research has advanced enormously and the NHS has stated its intent to harness the power of genetic discoveries to improve health. For child and adolescent mental health practitioners what are the implications for current practice, what is the future promise of genetics and what are its key limitations?

Can we use genetic tests to diagnose mental health problems now?

No, it is complex. Families need to understand that for the majority, mental health conditions are influenced by multiple, different genetic and environmental risks. There is not one gene that they can be tested for (unless a rare genetic syndrome like Tuberous Sclerosis is suspected).

Mental health problems cluster in families in part due to inherited factors. The most highly heritable disorders are autism spectrum disorder (ASD), ADHD, schizophrenia and bipolar disorder. Depression and anxiety are much less heritable with a larger environmental contribution.

Diagnoses are not defined by biology

Genetic risks associated with some diagnoses, such as ASD, ADHD and depression, also contribute to symptom levels in the healthy general population; they do not clearly demarcate diagnoses. While diagnoses can be helpful for selecting evidence-based interventions (e.g. we would not use antidepressants to treat ADHD), as practitioners we need to recognise they are a tool and not underpinned by biology.

Additionally, genetic risks are not specific to one diagnosis. For example, ASD risk genes overlap with those associated with ADHD and Tourette’s disorder. This means that a child with ASD is more likely also to display ADHD or a mixed bag of neurodevelopmental difficulties. Genetic studies confirm what is well recognised by practitioners in real life, children do not present with a single clear-cut diagnosis.

The genetic overlaps also mean that practitioners are likely to observe a mix of different disorders in the same family. For example, one child may present with ADHD, his sibling with ASD, and other family members show learning or social/communication problems. There also is strong genetic overlap between all the different psychiatric disorders (e.g. schizophrenia and depression) as well as with neurodevelopmental disorders (e.g. ADHD, ASD).

These and other findings highlight that today’s ADHD or ASD could become tomorrow’s adolescent depression or bipolar disorder. Practitioners require the skills and training to recognise and manage a broad range of psychopathology beyond a single diagnosis. Policies and services around a single condition do not make sense scientifically.

What does genetics research tell us about diagnoses?

Genetics findings remind us about the importance of recognising cross-generational mental health and neurodevelopmental problems. This has implications on how well we link with primary care and adult services as effective intervention for parents may be crucial to improve family engagement with CAMHS, optimise the effects of the interventions we provide and improve offspring mental health.

Genetics research has shown that genes and environment often are closely linked. Genetic liability (e.g. for ADHD) can lead to an increased risk of environmental stressors (e.g. parent-child hostility) that in turn lead to worse outcomes. Just because a disorder is genetically influenced, does not mean environment is irrelevant or that interventions necessarily will be pharmacological.

Are there misconceptions about genetic disorders?

If rare large effect genetic variants require medical action or have implications for treatment and future outcomes, genetic testing of these variants in those with ASD, ADHD, Tourette’s disorder and schizophrenia may become routine. It is already in place for intellectual disability in the UK (and ASD in the United States).

For common small effect gene variants, scientists are investigating their combined effects (polygenic risk scores; PRS). At present PRS are too weakly predictive to have practical value. However, it is possible with larger studies in the future they become more strongly predictive  of developing a disorder, likely outcomes and treatment response when utilised with other types of information (e.g. family history, clinical symptoms). For example, when we see an adolescent with depression whose parent has bipolar disorder, we likely become more vigilant about the possibility of emerging adolescent bipolar disorder but realise this is only a probability not a definite outcome. Bipolar PRS in the future could further help shape decisions around follow up.

With more and more discoveries, it is important to consider also the potential risks of having genetic risk information at hand. These include the complexity of genetics, interpreting test findings as well as concerns about potential harms and stigma. Thus, most agree that genetic counselling will be essential before testing is considered in the future. Another limitation is that PRS works best for a population similar to the one used for genetic discovery and at present that is mainly people of European ancestry.

As genetics becomes an integral part of the NHS, it is important for mental health practitioners to be prepared when families request information on testing.

The author declares no conflicts of interest in relation to this article.