Background: Autism is rarely diagnosed before three years of age despite evidence suggesting prenatal abnormalities in neurobiological processes. Little is known about when or how development becomes disrupted in the first two years of life in autism. Such information is needed to facilitate early detection and early intervention.

Methods: This prospective study of autism spectrum disorders (ASD) examined development using the Mullen Scales of Early Learning (MSEL) in 87 infants tested at target ages 6, 14, and 24 months. Participants came from infants at high risk (siblings of children with autism) and low risk (no family history of autism) groups. Based on language test scores, Autism Diagnostic Observation Schedule, and clinical judgment at 24 months of age, participants were categorized as: unaffected, ASD, or language delayed (LD). Longitudinal linear regression and ANOVA models were applied to MSEL raw scores, and estimates were compared between the three diagnostic groups.

Conclusions: Variations from typical and language delayed development are detectable in many children with ASD using a measure of general development by 24 months of age. Unusual slowing in performance occurred between 14 and 24 months of age in ASD. 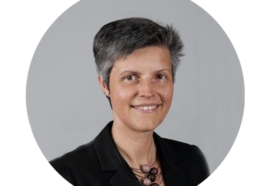 @acamh about 12 hours ago Following the publication of the @TheCAMH 2022 Special Issue on CYP #mentalhealth & the #globalecologicalcrisis we… https://t.co/CRe3BzzoKy