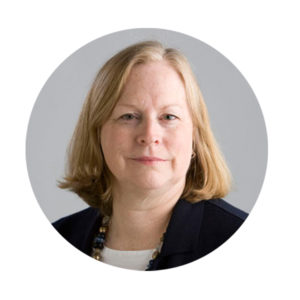 Cathy Lord
Catherine Lord, PhD, is the Distinguished Professor-in-Residence School of Medicine at UCLA and a Senior Research Scientist in the Semel Institute for Neuroscience and Human Behavior.

For me, JCPP represented my growing awareness of the field of developmental psychopathology and the possibility that clinicians and researchers could work together to better understand how children and adolescents and families developed over time in a way that helped us better help others.  I had seen or heard about basic aspects of developmental psychopathology when I was at University of Minnesota with Alan Sroufe and could see the implications for the study of early attachment in understanding later difficulties.

However, until I visited the Institute of Psychiatry in London and then came became a JCPP subscriber, I had not seen how researchers worked to put scientific perspectives about development into play in terms of public policy and clinical practice.  As an example of one of my favorite papers, I selected a paper out of my field of autism concerning much more general issues in child and adolescent psychiatry and psychology, a paper entitled “Adolescent Turmoil: Fact or Fiction?” by Michael Rutter, Philip Graham, Oliver Chadwick and William Yule, published in JCPP in 1976, and based on a Chairman’s address to the Association for Child Psychology and Psychiatry made by Michael Rutter in 1974.  This paper came out just as I was allowed to teach a graduate course in developmental psychopathology while Alan Sroufe was on sabbatical and it was a source of much discussion and debate.  The paper embodies many of the attributes of JCPP publications that I have most admired over the years.

The paper reviews examples of existing studies and common beliefs about the nature and frequency of disruptive behaviors and emotions in adolescents. It then presents data from the 14 to 15-year-olds in the Isle of Wight study, comparing a random sample of the general population to all the children who scored as “deviant” on questionnaires or had contact with psychiatric services through Juvenile Court or had had high scores on the same questionnaires at age 10. In many ways, the paper represents the priorities and the principles that underlie JCPP that are so valuable.

First, the paper is written by psychiatrists and psychologists with different areas of expertise and from different institutions.  This is the basis of the culture which JCPP represents — bringing together people from different disciplines, areas and often different places to provide the greatest level of scientific sophistication and clinical wisdom

Second, the paper tackles a frequently discussed, very large question, which is whether teenagers are as difficult to get along with as we assume. It fearlessly jumps right into considering long-held beliefs about the awfulness of adolescence as a time and adolescents as a group of people.

Third, the authors describe typically posited adolescent difficulties in the context of alienation and inner turmoil, as well as more specific areas of conflict (such as hair length, dress), and then consider the prevalence of diagnosed psychiatric disorders, either new or persistent. Variations in typical development are addressed as well as what was then called “deviant” development, all of which today we might call psychopathology.  Then, there is an attempt to ask both whether children ordinarily become more alienated and caught up in turmoil as they grow up and whether this phenomenon is reflected in adolescents whose behavior is dangerous or sufficiently troubled that they need help.

Fourth, the paper describes multiple methods of seeking information. What is striking is the depth of the data, from questionnaires to interviews, and from parents to adolescents to teachers – not something we often see these days and when we do see it, not often written up in a single paper.  The complexity of the analysis and the consideration of the effects of methods on results are quite remarkable – and possible because of the multiple methods used and the combination of epidemiological and longitudinal data. Although we can always seek better measures, the paper fearlessly presents data using both categorical and continuous measures to put all this together in a way that results in more than the sum of its parts.

So, what does the paper give us and how does this reflect the strengths of JCPP?

We learn that though parent-child disagreements during adolescence were common, alienation from parents was not so common and was significantly more often seen in adolescents with psychiatric disorders than those without. Altercations with parents and criticism of them were common but all out rejection was not.  On the other hand, nearly a quarter of the teenage boys and girls reported feeling depressed or miserable, though the clinicians who interviewed them, as well as their mothers, only described perceiving such feelings in about half as many students.  The authors estimated that psychiatric disorders that merit treatment are probably more common at age 14 than age 10, but the difference was not as great as expected. However, on the basis of these data, the authors also raised concern that screening using reports of mothers or teachers misses a considerable number of teenagers who describe themselves as feeling quite miserable.  Factors differentiating adolescents with disorders from those without psychiatric diagnoses included family composition and discord, intellectual and academic skills.

Times have changed since the late 1960’s and early 1970’s when these data were gathered, but many of the same questions still arise for child and adolescent mental health providers and researchers.  The power of JCPP and this paper lies in the authors’ and editors’ willingness to plunge into complexity – of time, families, recruitment and referral sources, methods and questions of continuity between strong feelings and psychopathology, and the implications of the conclusions we can draw. Today we have additional options from neuroscience and biology, but we also often seem to have lower expectations for what we can learn about development and real problems. With the current celebration of JCPP’s contribution, perhaps we can be inspired to do better.