As highlighted in Rhodes’ commentary, understanding why neurodevelopmental disorders (e.g. DLD, DCD and ADHD) frequently co-occur is important both theoretically and practically and determining what causes the variability in children’s outcomes can help us to develop interventions to promote educational attainment.

Our study explored the relationships between early language, motor and executive function skills in children selected to be at risk of later literacy difficulties and typically developing controls. A key take home message from our paper is that children with preschool language impairment (i.e. DLD) display multiple deficits which are stable across time. As we highlight in this paper and others (e.g. Thompson et al., 2015), children’s language skills are a key predictor of future literacy outcomes.

In Gooch et al. (2014) and Thompson et al. (2015) we found a relationship between children’s early fine motor skills (posting coins, threading beads & drawing around a trail) and their later literacy attainment. As Rhodes’ points out our study does not explore the mechanisms underpinning this association. There are two equally plausible explanations for why variables (in this case motor skills and literacy skills) are related: 1) there is a causal connection (motor skills -> literacy), or 2) there is no direct association between the two variables – the correlation reflects some other (unspecified) factor (differences in attention for example) that affects both measures. Given the lack of evidence (or a clear theoretical basis) to suggest that fine motor skills cause language difficulties or vice versa, we subscribe to the view that the relationship is most likely because ‘factors which place an individual at risk for language difficulties also influence the development of attention, behavioural control and motor skills (e.g. Bishop, 2002)’. That is, the relationship depends on some common factor related to both skills.  Nevertheless, the fact that both children with poor language skills (Conti‐Ramsden et al., 2018) and poor motor skills (Harrowell et al., 2018) in the early school years are often reported to have worse educational outcomes in later childhood/adolescence suggests that there is a real need for further research to establish the mechanisms underpinning these associations.

It is well established, through intervention studies, that language has a causal influence on the development of both reading accuracy and comprehensions (e.g. Bowyer-Crane et al. 2008; Clarke et al., 2010; Fricke et al. 2013). Interventions to improve early language skills are also valuable since language skills provide the foundation for much of formal educational and social development. There is also every reason to help children with early motor-coordination problems and as Rhodes’ emphasised, further understanding the mechanisms which underpin the association between early motor co-ordination difficulties and later educational underachievement would help to inform the development of useful interventions in this regard.

Professor of Psychology and Education in the Department of Education, Brasenose College, Oxford University 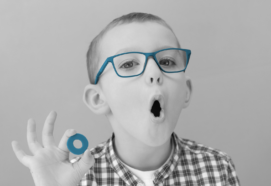 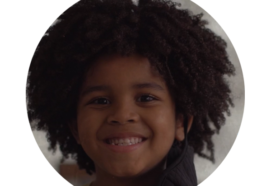