Our research questions were:

We registered our review protocol on the International prospective register of systematic reviews (PROSPERO), and found 16 trials of prevention for 2545 children and young people who were individually identified as at risk of developing anxiety disorders.

A striking feature of our results was that only two trials had assessed whether the children in their studies met criteria for an anxiety disorder. Both of these identified children as at-risk in light of parent anxiety disorder and compared prevention (six sessions of family-based cognitive behaviour therapy targeting parenting behaviours and children’s exposure to anxiety-provoking situations to an inactive, wait-list control condition. We found that these programmes did effectively lower the rates of onset of anxiety disorders, with a reduction in risk of 91% at the end of the programme, 83% at 6 months follow-up, and 69% at 12 months follow-up (no further follow ups were reported).

Five trials compared TAPPs to active control conditions; with a small and non-significant pooled effect on children’s self-reported anxiety symptoms (a standardized mean difference, or SMD, of -.09, with a 95% Confidence Interval, or CI, of -.28 to .10; meaning that the true effect would rest between these values on 95% of occasions if the studies were re-run).

We found no evidence that the effects of TAPPs, on child anxiety outcomes, were moderated by any of the factors we examined. 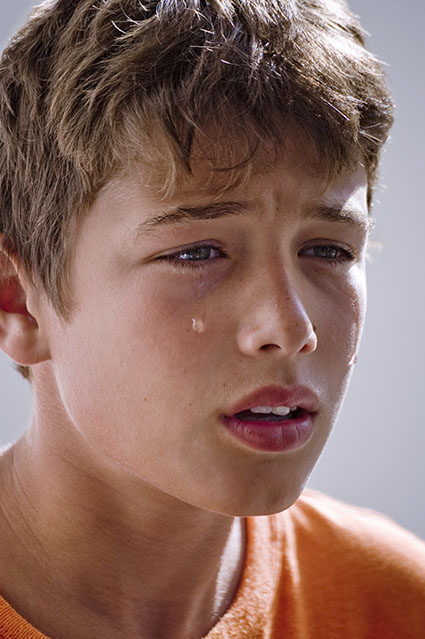 This is important to highlight because there is evidence to suggest that facing more than a single risk factor, has a multiplicative effect on risk of adverse internalizing outcomes.

Second, regarding modifying risk factors; most TAPPs did not focus on established risk factors (such as parent child interactions), but focused on modifying factors implicated in maintaining anxiety disorders (such as children’s thinking styles) or promoting general resilience (such as relaxation skills). While Ginsburg’s ‘Coping and Promoting Strength’ programme did explicitly address risk factors for anxiety, this was an exception.

Third, regarding the methods of studies we reviewed; it is possible that many of the TAPPs we examined included children who, at baseline, would have met criteria for anxiety disorders, had these been assessed. Also, only five studies included an active control group. So, we do not know whether children benefited from participating in a TAPP (rather than being on a waiting list) or participating in a particular TAPP (rather than a programme not focused on anxiety).

Finally, looking forward, we urge that TAPPs identify children on the basis of at least two risk factors, that they assess for anxiety disorders pre- and post-TAPP, and that the programmes address the modifiable factors that place children at risk. Further, the optimal timing and features of TAPPs need to be informed by both research evidence and by what families themselves would engage with and want.