In 2016, Chris Hollis and colleagues compiled a Practitioner Review for the Journal of Child Psychology and Psychiatry evaluating the most effective and well-supported interventions for children and young people affected by Tourette syndrome and chronic tic disorder. Here, they discuss the key findings from their systematic review, and highlight that children and young people affected by tics require improved access to evidence-based behavioural interventions.

Tourette syndrome (TS) and chronic tic disorder (CTD) are characterised by the presence of combined or singular motor and phonic tics. These tics generally begin in childhood around the age of 6-7 years, peak in severity between ages 8 and 12 years, and wane during early adulthood. Although TS was first described in 1885, systematic evidence-based clinical guidance for the treatment of tics in affected children and young people is still lacking. “TS and CTD affects 1-2% of children and young people and cause significant psychosocial impairment”, explains Hollis. “For practitioners, however, there remains uncertainty regarding the relative benefits and risks of medication and behavioural interventions for affected patients”. 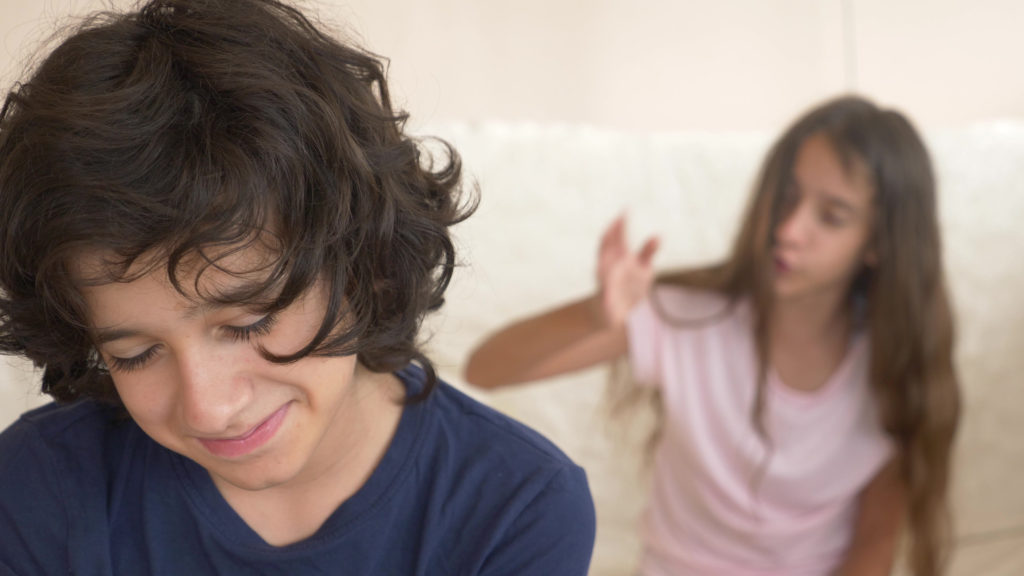 To address this issue, Hollis et al., conducted a comprehensive systematic review covering pharmacological, behavioural and other physical and alternative interventions (e.g. botulinum toxin, deep brain stimulation) for tics in children and young people. They searched 21 databases from their inception to October 2014 to identify placebo-controlled trials of pharmacological, behavioural, physical and alternative interventions for tics in children and young people with TS or CTD. Their search resulted in 41 trials performed in children (or mixed studies) that met their eligibility criteria. These trials included 32 pharmacological, five behavioural, two physical and one dietary intervention. The GRADE approach1 was used to assess the level of certainty in the effect estimates (quality of evidence) for each outcome.

The researchers broke down the data by intervention type and level of certainty (namely moderate, low or very low certainty) in the estimates of the effect. For pharmacological interventions, a adrenergic receptor agonists — namely clonidine and guanfacine — showed a medium-sized benefit on tics when data were pooled. Despite their widespread use for treating tics, antipsychotic drugs (including aripiprazole, haloperidol, pimozide, risperidone and ziprasidone) showed low-to-very-low certainty.

Finally, the researchers found no evidence for benefit of physical, dietary or alternative interventions on tics — including deep brain stimulation, repetitive transcranial magnetic stimulation, botulinum toxin, IV immunoglobulins, omega 3 fatty acids and acupuncture. More research is required to determine whether any of these approaches are sufficiently safe to be considered as treatments for tics in children and young people with TS.

The researchers identified numerous areas in need of further research in order to advance the field. Overall, the cost-effectiveness of different treatment interventions for tics now needs to be assessed. Furthermore, the moderating effects of age, tic severity, premonitory urges and common co-morbidities (such as attention deficit hyperactivity disorder, obsessive-compulsive disorder, anxiety and depression) on the treatment of tics needs to be addressed, as well as the moderating effects of tics on treatment outcomes for common co-morbidities.

To begin addressing this question, Hollis and colleagues are conducting the ORBIT (Online Remote Behavioural Intervention for Tics) interventional clinical trial (NCT03483493) funded by the National Institute of Health Research (NIHR) Health Technology Assessment programme and sponsored by the Nottingham Healthcare NHS Trust.2  The primary objective of this 4-year trial is to evaluate the clinical effectiveness of ORBIT — a therapist-guided, parent-assisted, internet-based behavioural therapy intervention for tics in young people — compared with usual care plus online education. They hope to find out whether young people and their families find online therapist-supported treatment acceptable and determine how the treatment may be best delivered by the NHS. This clinical trial is currently underway and will run until September 2021.

In summary, Hollis et al. uncovered two key areas in this field that now require urgent attention. First, they found that understanding the clinical value of most interventions for tics were limited by the paucity of available evidence, the small number of trials performed and the small sample sizes for any given intervention. Many interventions had no, or very low quality evidence, rendering it difficult to draw firm conclusions regarding efficacy. Second, they noted that too few affected children and young people are able to access an evidence-based behavioural intervention for tics. Consequently, efforts must now be made to develop and evaluate digital technologies that could significantly increase access to evidence-based behavioural interventions.

In the future, they hope that a personalised medicine approach, with better prediction as to who responds best to which therapy, will be developed and that more trials of combinations of interventions will be conducted.  Finally, they hope that NICE Clinical Guidance for TS and tic disorders will be available.

Comprehensive behavioural intervention for tics (CBIT): a behavioural therapy that teaches an affected individual to become aware of their behaviour and help them change this behaviour in a careful and systematic way. This comprehensive approach uses psychoeducation and self-awareness to understand the premonitory urge behind tics and know when a tic occurs. Habit reversal techniques are used to block the tic, or train a competing alternative response, when the urge is recognized and relaxation techniques are taught to reduce stress levels when tics occur.