Adult ABMT protocols need adapting for effective use in children

Attention bias modification treatment (ABMT) aims to target attention biases in threat processing in patients with anxiety1. While ABMT seems to be effective in adults with social anxiety disorder (SAD),2,3 its effect in youths with SAD and the potential treatment moderators are unclear. In 2016, Lee Pergamin-Hight and colleagues conducted a randomised controlled trial to explore the efficacy of ABMT in youths and the influence of possible moderators of treatment outcomes. 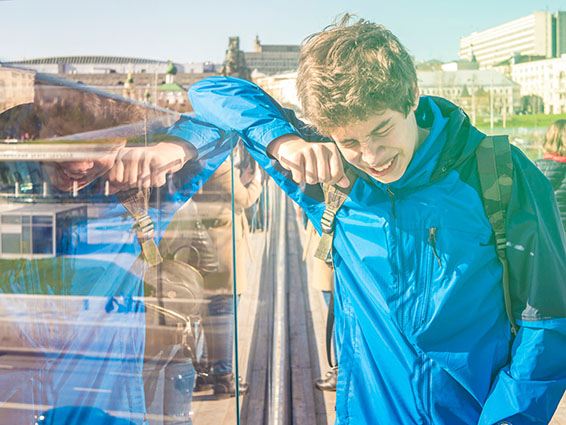 They enrolled 67 youths (mean age 12.67 years) with SAD to the trial, and asked them to complete a dot-probe task that assessed selective attention. The participants were then randomly assigned to receive either ABMT or attention control training (ACT), delivered as two sessions per week for 8 weeks. The researchers measured the severity of anxiety at baseline, post-treatment and at 3-months follow-up. Unexpectedly, both ABMT and ACT significantly reduced symptoms of clinician-rated and self-rated social anxiety from baseline to post-treatment. A further reduction in clinician-rated social anxiety symptoms only occurred at the 3-months follow-up. Age moderated social anxiety outcomes, with older youths showing a significant reduction in anxiety following ABMT (but not ACT) on self-report only. Attention control moderated self-reported treatment outcomes: those with low levels of attention control reported a greater reduction in social anxiety from pre-treatment to post-treatment with ABMT.

The researchers conclude that both age and attention control can moderate ABMT effects on self-reported SAD symptoms. Consequently, developmental influences should be considered when implementing ABMT protocols in children.

Clinical practice: The researchers propose that ABMT protocols suitable for adults may not be readily applicable to young children. ABMT protocols should be adapted to better match the needs of anxious youths by considering developmental influences and basic cognitive abilities.

Recommendations for further science: Future studies should assess the impact of using different face stimuli in ABMT (e.g. happy-neutral) for SAD, and examine ABMT in other specific anxiety disorders among youths. New methods to assess threat-related attention bias and its plasticity as a function of ABMT are required due to reliability issues in the dot-probe index of attention bias.

Social Anxiety Disorder (SAD): a marked fear or anxiety about one or more social situations in which the individual is exposed to possible scrutiny by others (DSM-5).

Attention control training (ACT): according to Robert N. Nideffer (1992), ACT is a process that involves 1) assessment of attentional strengths and weaknesses, 2) assessment of the attentional demands of a given sort, 3) assessment of situational and/or personal characteristics that are likely to affect arousal for an individual, and/or to dictate his/her behaviour under pressure, 4) identification of situation specific problem areas and error patterns, and 5) development of an intervention program. ACT is typically used as a placebo to ABMT in randomized controlled trials.

Dot-probe task: the dot-probe paradigm assesses selective attention to threatening stimuli in individuals with anxiety disorders. The participant, positioned in front of a computer screen with their chin placed on a chin rest, must stare at a fixation cross on the centre of the screen. A neutral or threatening stimulus then appears at random on either side of the screen before it is replaced by a dot. The participant must then indicate the location of this dot as quickly as possible. After successive repeats, the reaction times to the neutral and threatening stimuli are interpreted in terms of vigilance to threat.