A mother’s touch: a key player in fine tuning the function of our genome

There is debate as to the importance of genetics in determining our behaviour. This debate has become enshrined perhaps due to the early focus of genetics on searching for DNA variation in our genome (termed a polymorphism) that affected protein structure, the hypothesis being that such a protein variant would not be working optimally in our body throughout our life.

However, the vast number of polymorphisms discovered to date correlating with behavioural or psychiatric conditions are not in the DNA encoding for protein, but rather in that part of our genome that determines how much, for how long, or in which cells a protein is made. Our environment (chemical, psychological and physiological) regulates the function of these regulatory domains. This has led to the Gene x Environment model (GxE), in which it is proposed that regulatory domains in our genome sense the signalling changes resulting from variation in the environment, which then triggers these domains to modulate the levels of proteins produced: many of these proteins in the brain will be neurotransmitters1. The resulting changes in the complement of proteins in the brain will alter the neurochemistry and thus behaviour. The DNA polymorphisms in these regulatory domains determines in part the strength of response to our environment giving us each our ‘unique’ neurochemistry. Much of this GxE interplay can be considered a response to normal life experiences. These mechanisms have been well characterised in rodent models and subsequently extrapolated to human studies.

A key time for the brain to be affected by the environment is during foetal and/or early childhood development. The role of the mother in supplying the chemicals (placental exchange/early nutrition) and psychological support (touch/stroking) has been demonstrated to modulate behaviour. As our neurons are developing and forming neuronal interactions (hard wiring) in the foetus, infant and young child, any environmental challenge could be argued to have profound effects on behaviour not only in the short term, such as in conduct disorder, but also later in life for a range of behavioural conditions, for example schizophrenia. Indeed, a developmental origin for many psychiatric conditions has been postulated. It is clear that directing support for mother and child would be key to promoting lifelong wellbeing and good mental health.

We can gain insight into the mechanisms underpinning childhood behaviour and the role of the mother from both rodent and human studies. For example, licking and grooming in rodents could be considered similar to human mother/child bonding activities such as stroking. In both scenarios, these actions are, in part, regulating serotonin pathways, a well-characterised neurotransmitter modulating behaviour not only in children but adults. Levels of serotonin are modulated by polymorphism, in a key regulator of levels of the neurotransmitter, monoamine oxidase A (MAOA), in children this GxE interaction (MAOA genetic variation x maternal stroking) can be correlated with temperamental traits such as anger proneness2.

In general, variations in a specific regulatory domain can vary from being common, to being present in only a few percent of the population; however, some polymorphisms harbour a larger genetic risk for a behavioural disorder than others. Clearly therefore our own genetic signature will influence how we each respond to a similar challenge; this can be a good thing and gives us in part our individuality. Similarly, the strength of an environmental challenge (good or bad) can affect the same pathways resulting in different levels of neurochemistry. Therefore balancing this combinational effect of genetic signature with environment will be a key parameter in how we mature as adults.

In the short term the GxE interplay allows us to adapt and respond to normal life events, however in response to an inappropriate environment or traumatic stress, the brain will respond by changing how we utilise these normal regulatory mechanisms in the medium to long term, to protect us from sensory damage. One major modulator of long-term change is epigenetic variation. The simplest form of epigenetic modulation is adding or removing chemical groups (methyl groups) to the regulatory DNA to make that DNA more or less accessible to the proteins in the signalling pathways, thus the DNA’s response becomes altered to the signalling cues. The conundrum is that these epigenetic changes could remain on the DNA for a long time, even after cessation of the trauma, thus altering behaviour in the long term3. However, the more we learn about epigenetics, the more likely it is we will become able to determine the best strategies, to recover our optimal response to environmental challenges after such chemical changes to the genome (it has been shown in many models that epigenetic changes are reversible without damage to the DNA).

As we would all acknowledge, a nurturing environment is beneficial and the simple act of stroking could have a profound effect at the molecular and genetic level on shaping behaviour. Of course, in humans it is unlikely that when a mother (or indeed parent or carer) strokes a baby that this is not the only sensory benefit to the child, it also encompasses eye contact and skin warmth amongst many other factors which could have an effect at the molecular level. All of these could act to alter the activity of our genetic signature, thus affecting our neurochemistry. 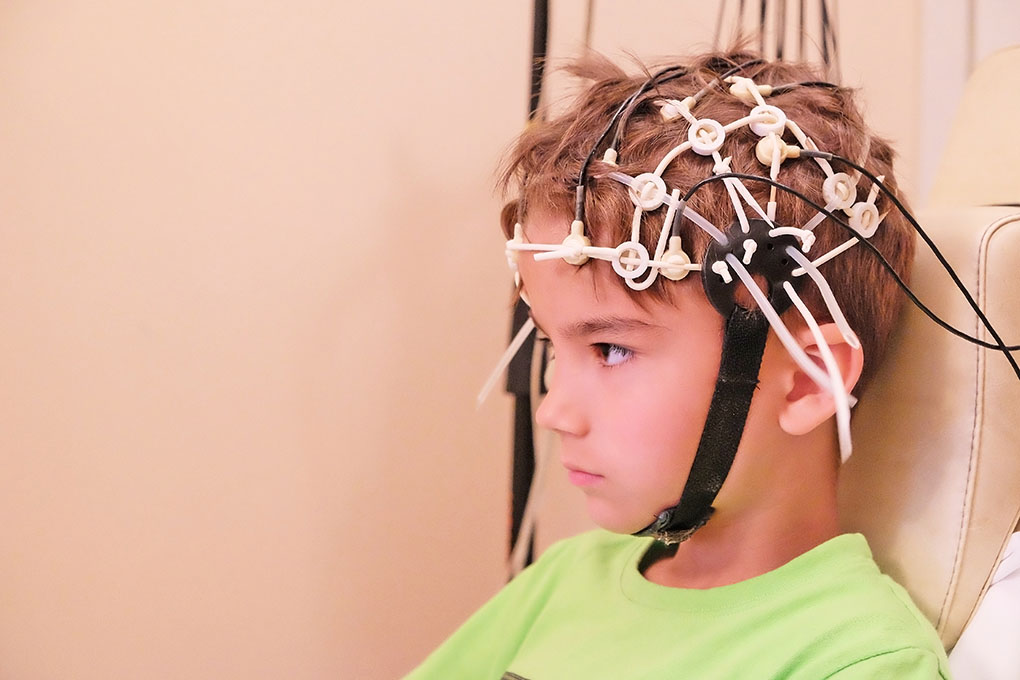 Neuroscience is opening up new windows on how parental interactions can shape our biology. One emerging area, which surely is deserving of more research, is how maternal care impacts on the activity, of what the media has termed, ‘jumping genes’. These jumping genes, many of which have regulatory domains in them, can copy and paste themselves into new locations in the genome of cells within the brain and a major focus in CNS health is their action in ageing and neurodegeneration. A high profile study in rodents in 2018 demonstrated that jumping gene activity in the brains of littermates can be modified by maternal care4. If this finding was replicated in humans it would have significant implications for the long-term development of the baby into adulthood. We know little about the biological or psychological significance of such genome alterations for the individual.

Therefore, biology and genetics research has shown us some of the underlying mechanisms that could be said to support the old adage that we all need a cuddle now and then, and this is possibly never truer than when we are babies and young children. Due to differences in the composition of our genome, some of us may need more cuddles than others to obtain the same neurochemical benefit for good mental health not only as children, but to prime our brains for dealing with life challenges as adults.

Vivien works at the Department of Molecular & Clinical Pharmacology at the University of Liverpool. Her work is focussed on mechanisms that cause cellular dysfunction in the nervous system. Dr. Bubb obtained her PhD in Experimental Pathology from the University of Georgetown and is currently a research fellow.