In 2017, Mireille Bakker and colleagues performed a systematic review and meta-analysis for the Journal of Child Psychology and Psychiatry, of the currently available psychological treatments for children and adolescents with conduct disorder problems. Here, we summarise the researcher’s key findings and the potential clinical implications for this field.

Conduct disorder (CD) problems are characterised by repetitive and persistent antisocial and rule-breaking behaviours. While treatment options include pharmacological and non-pharmacological approaches, no first-line medication is licensed for use in children and adolescents. The medications that are thus predominantly used off-label include stimulants, alpha-2 agonists and atypical antipsychotics, but these are used secondary to psychosocial interventions. In their 2017 Practitioner Review, Bakker and colleagues evaluated the 17 identified studies of psychological treatments for children and adolescents with CD, to determine their efficacy to treat CD and clinical CD problems, including oppositional defiant disorder (ODD) and disruptive behaviour disorder (DBD).

Parent report: 17 interventions used parent report information, for which the majority focused on parent management skills and psychoeducation. The mean ES for these interventions in reducing CD problems in children and adolescents was significant but small (0.36, 95% CI = 0.27-0.47).

Teacher report: While seven interventions used teacher-reported information, the teacher was not always directly involved in the intervention itself. Regardless, the ES was again significant but small (0.26, 95% CI = 0.12-0.49).

Bakker et al. then addressed the potential moderators of treatment effect to explain the mixed outcomes. Interestingly, they found that comorbidity, gender, age, type of control (e.g. waiting-list control, treatment-as-usual or active control), number of sessions, duration of sessions, intervention type (e.g. parent-focused, child-focused or multimodal), group size, setting (e.g. school, clinic, home or a combination), timing of treatment and drop-out percentage had no effect. Treatment efficacy was also not influenced by whether CD had been formally diagnosed as early or late onset. However, although individual studies did not report the time of onset of CD, the researchers did find a trend towards smaller ESs in studies involving children ≥10 years old compared to those involving children <10 years old. For example, based on parent-reported information, the mean ES in children <10 years was 0.52 whereas the mean ES in children >10 years was 0.21. Similarly, using teacher-reported information, the mean ES in children <10 years was 0.32 and in children >10 years was 0.11.

The researchers highlight some limitations to their study that should be considered when interpreting their findings. Firstly, they could not control for potential modifying factors, such as effects of psychiatric medication, gender effects, blinded versus un-blinded raters, callous-unemotional traits or onset of CD, because of a lack of information or the small number of studies conducted. Secondly, the researchers used the Jadad scale to assess the quality of the studies based on the information provided in the individual study reports; however, this approach may not have fairly represented the trials themselves.

Bakker et al. affirm that future studies must integrate information from multiple informants and assess CD problems in more than one environment to avoid “rater” effects. They also explain that randomised controlled trials should be more precise when reporting the methods of randomisation, blinding, the fate of all patients and the medication used by participants. They believe that new studies that consider these points will be more useful in determining whether treatments are more effective in certain subgroups (classified by the time of onset, presence and severity of CU traits and the subtype of aggression) and optimising psychological treatment efficacy and maintenance. Finally, the researchers consider that investigations into the effectiveness of other non-pharmacological interventions, such as dietary interventions and cognitive training, are warranted.

In summary, Bakker and colleagues confirm that the available data support the use of psychological treatments for CD, but that evidence is still lacking as to which treatment is best. The data thus far tentatively suggest that treatment may be less effective in older children (>10 years): one explanation for this finding may be that interventions for young children involve parents and/or guardians, who can ensure that the child attends the treatment sessions. This explanation may also explain why Bakker and colleagues found a higher dropout rate among older children. Overall, the researchers were unable to find evidence to support one type of psychological treatment over another, in part because critical details regarding the study participants were often lacking from many of the published studies. More high quality and adequately powered studies are thus urgently needed. 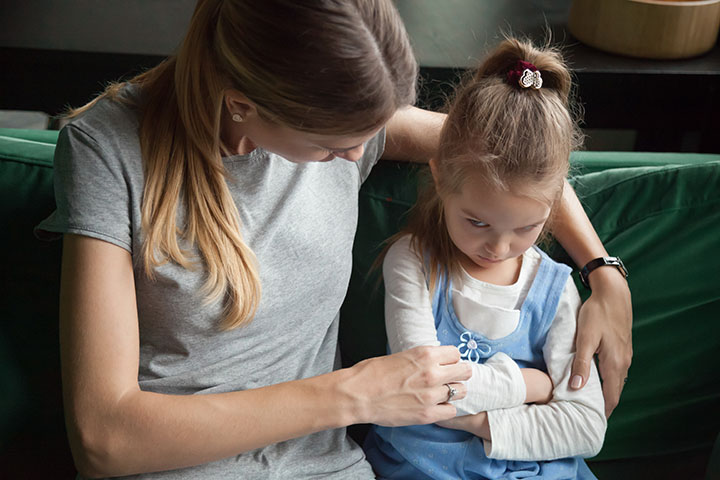 Effect size (ES): The ES emphasises the magnitude of a difference between groups, or the strength of the relationship between two variables.

Conduct disorder (CD): CD is characterised by behaviour that violates either the rights of others or major societal norms. To be diagnosed with conduct disorder, symptoms must cause significant impairment in social, academic or occupational functioning. The disorder is typically diagnosed prior to adulthood.

Oppositional defiant disorder (ODD): ODD is is a less severe form of conduct disorder characterised by a pattern of negativistic, hostile and defiant behaviour. The disturbance in behaviour causes clinically significant impairment in social, academic or occupational functioning and the behaviours do not occur exclusively during the course of a psychotic episode or mood disorder.

Disruptive behaviour disorder (DBD): a group of behavioural disorders that are characterised by ongoing patterns of uncooperative, hostile and defiant behaviours that children and adolescents direct towards authority figures.

Callous-unemotional traits: a dimension of psychopathy in which an affected individual displays low empathy, low guilt and no remorse.

Jadad scale: a procedure to independently assess the methodological quality of a clinical trial. The Jadad score ranges from 0 (very poor) to 5 (rigorous) and is derived from a three-point questionnaire that asks whether a study is described as (i) “randomised”, (ii) “double blind” and (iii) if there is a description of withdrawals and dropouts.

Randomised controlled trial: an experimental setup whereby participants are randomly allocated to an intervention/treatment group or a control/placebo group; randomisation of participants occurs after assessments for eligibility, and is used to minimise selection bias.