How do young people really experience living with Obsessive Compulsive Disorder (OCD)? What are young people’s understanding of their development of OCD and is there a link to trauma? How do other people’s reactions to the OCD affect the young people? How do young people really feel about the help for OCD in the United Kingdom? This was one of the first pieces of research to focus on the voice of young people who experience OCD instead of focusing on perspectives of adults with OCD, brain changes, parent and professional’s perspectives, or randomised controlled trials. This was also one of the first pieces of research to use a qualitative approach, thematic analysis, in the hope to gain a richer understanding of young people’s battle of living with OCD.

A semi-structured interview design was used to address this gap in research. Ten young people, aged 14–17 years old, were recruited from Child and Adolescent Mental Health Services (CAMHS) in the United Kingdom. Inclusion criteria were that participants had a formal diagnosis of OCD as per the DSM-5 criteria. In order to ensure the sample was representative, participants with a comorbid secondary presenting problem were included. Participants were excluded if they had a learning disability. Five were male and five female with ages ranging between 13 and 18 years of age (mean age 15 years 7 months). Nine participants were White British and one was South American, living in the United Kingdom. Nine of the participants were students, attending school, sixth form or college. One participant had left school and was unemployed at the time of the interview, due to their mental health difficulties. The participants were at different stages of therapy or had been discharged.

The second theme ‘Responses to signs of OCD’ led to a sub theme of ‘lack of understanding of their behaviour’ where most participants described how when they did seek help most participants described how there was a lack of understanding from GPs, schools who misinterpreted it as misbehaving, or from the general public who assumed their OCD comprised of the stereotypical picture of what OCD ‘should’ be like, which somehow dismissed the seriousness of it. This lack of understanding may have contributed to the young people in delaying seeking help further and ‘being secretive’, whereby the latter comprised another sub theme. Stigma, shame, and worries that they were turning ‘crazy’ were reported by most participants, which may have also contributed to them delaying their help seeking. Therefore, “I thought I was going crazy” comprised another sub theme. All participants also described ‘feeling different’ which comprised another sub theme. There was a sense in the data of the young people feeling alone with their experiences and longing to share their experiences with someone who really knows what it is like from the inside. This led the young people to appreciate any intervention (e.g. support groups) that connected them with others with similar experiences. 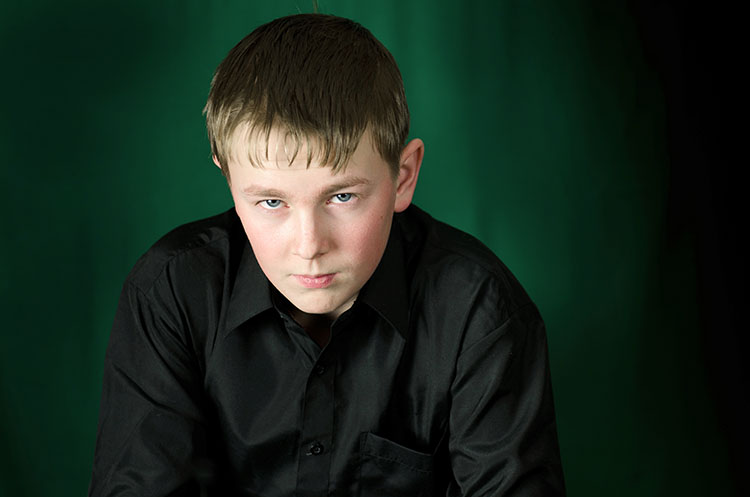 The third theme ‘The battle of living with OCD’ involved all participants to describe the battle of ‘feeling ‘right’’, which comprised a sub theme. Most of the participants withdrew from loved ones and their everyday activities and therefore another two sub themes emerged: ‘Everyday life is now in my bedroom’ and ‘it’s ruined everything’. There was a powerful narrative of the compelling, all-encompassing and time-consuming nature of the OCD, which was formed when most participants used language of war when describing their experiences.

The final theme was ‘Ambivalent relationship to help’. Despite this significant impact of their difficulties on their quality of life, most young people described an ambivalent relationship with help, finding interventions not always timely due to the ‘frustrations of long waiting lists’, which comprised a sub theme. Another factor that contributed to the ambivalent relationship to help was ‘conflicts around exposure therapy (ERP)’, which comprised another sub theme. Most participants experienced a conflict between wanting to resist undergoing ERP, but sensing that it would be unhelpful to do this in the long term. They wanted their psychologists or members of their systems to guide them through the ERP in a gradual way, outside of the therapy room. A further therapy-related conflict described by participants related to family accommodation, which led to another sub theme of ‘conflicts about accommodation of the OCD’. Young people wanted those in their systems to accommodate their OCD behaviours, but acknowledged in the long-term that this was unhelpful.

These findings hold the following important clinical implications for the system that young people rely on such as our fellow mental health professionals, colleagues in schools, GPs and the general public as a whole: