Multiagency professionals trying to deter children from developing antisocial or criminal behaviour should focus on enhancing children’s emotional awareness or affective empathy, according to a recent study of vulnerable children in Amsterdam.

Reviews of the literature across a range of disciplines suggest that the road to criminality could be paved by poor parenting, social and financial hardship and impaired emotional development. Such factors may weigh heavily on a child, and may produce a suite of psychological traits that could ultimately lead to antisocial or criminal behaviour.

In a study published recently in the Journal of Child Psychology and Psychiatry, Lisette van Zonneveld and colleagues at Leiden University used a mixture of old-fashioned and contemporary techniques to examine these psychological traits and determine which might be critical in the development of antisocial behaviours (van Zonneveld et al. (2017) JCPP 58: 913–921. doi:10.1111/jcpp.12724).

They worked with 114 children aged between 8 and 12 from Amsterdam’s Preventive Intervention Trajectory (PIT) project. This is an initiative that hopes to turn troubled kids away from antisocial habits. Many of the children have older brothers and sisters who are young offenders, while others have suffered from parental neglect.

The researchers visited the children at school, where they showed them short video clips designed to evoke one of 3 specific emotions (fear, pain and happiness). At the same time, they measured the children’s heart rate and skin conductance to gauge their emotional response.

They also used cameras and eye-tracking software to determine where the children were looking as they watched the clips – to assess their social attention. After this, the children filled out a brief questionnaire to determine their IQ and emotional intelligence.

The authors found that the children recruited from the PIT project tended to have a reduced emotional response to watching the video clips, but that they looked in the same places on the screen and had similar social attention to the 43 developmentally typical children used as controls. They also had similar cognitive empathy.

When the authors looked at the differences between the two groups of children it became apparent that those from the PIT project had a significantly reduced emotional response to the video clips that showed fearful or painful scenarios than the developmentally typical children – they had reduced affective empathy to painful or distressing emotions. Interestingly, their affective response to happiness was the same as the control children.

Antisocial behaviour is a complex phenomenon that cannot be measured by a single test. However, this study did show that the children from the PIT project were as good as the developmentally normal children at recognising and understanding the negative emotions they saw in the video clips.

This suggests their social attention and cognitive empathy were similar – but that they themselves did not experience the emotion that would be expected – they appear to have a deficit in affective empathy.

Outside of the laboratory, this means high-risk children may not empathise or feel the distress they cause others by their aggressive behaviour, similar to the reduced emotional response they have to the clips showing painful or fearful scenes.

The authors emphasise that more work is needed to replicate and expand on their findings, but they do advocate for interventions and programs which aim to improve emotional literacy in groups of high risk children, to try and improve their emotional awareness and affective empathy.

With a systematic approach to this and more research evaluation of outcomes, it may be possible to help more vulnerable children to feel their way out of a life of criminality.

Social attention: An affinity towards social information, such as the movements of the face and eyes of other people.
Cognitive empathy: The capacity to understand the emotions of others, without necessarily feeling them.
Affective empathy: The ability to experience what other people are feeling as a result of their emotions. 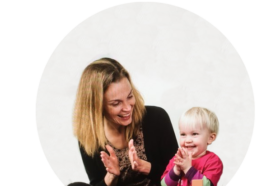 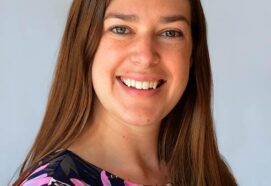 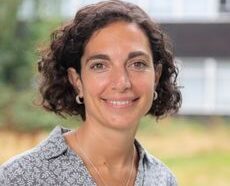