Preferential looking to eyes versus mouth in early infancy 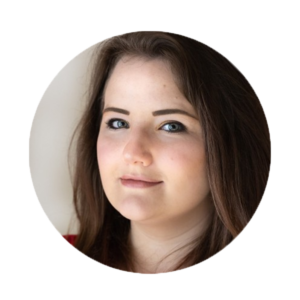 Watch this video abstract from Charlotte Viktorsson on her JCPP paper ‘Preferential looking to eyes versus mouth in early infancy: heritability and link to concurrent and later development’.

Charlotte is a licensed psychologist from Finland who moved to Sweden in early 2020 to join the Development and Neurodiversity Lab and pursuing a PhD at Uppsala University. Her main research interests are early socio-communicative development and the etiology of early cognitive and social abilities. She has studied the heritability of several early behaviors in infancy, using eye tracking as the main measurement. She is interested in both typical and atypical development, with a specific focus on socio-communicative difficulties and autism.

[00:00:00.778] Charlotte Viktorsson: Hi. My name is Charlotte Viktorsson, and I am a PhD candidate at Uppsala University in Sweden. This video is a short summary of the article titled ‘Preferential looking to eyes vs. mouth in early infancy, heritability and link to concurrent and later development’; that me and my colleagues recently published in the Journal of Child Psychology and Psychiatry.

[00:00:24.640] So we know that visual attention is a key factor in infants’ interactions with their surrounding world. This is a way for infants to choose their environment before they can crawl, or before they can walk around, or before they can talk to you. And we know that infants typically show a preference for social stimuli, especially faces. However, we are interested in this study of what specifically infants look at when they look at a face.

[00:00:52.550] And different areas of the face can be impart different types of information. So, if you look at the eyes, you might process slightly different kinds of information than if you look at the mouth, for example. And during the first year of life, we know that infants gradually shift their attention from the eyes to the mouth. We also know that a preference for looking at the mouth is associated with later language development.

[00:01:18.210] So in this study, the main aim was to look at the gaze pattern of looking at faces at five months of age using the eye-mouth index. So, we wanted to know if they show a preference for either the eyes or the mouth at this age. And we also wanted to investigate the etiology of this behaviour, meaning the influence of genes and environment. So, we used a sample of 535 same-sex twins from the Baby Twin Study, Sweden.

[00:01:49.320] They had a lab visit at five months. And then we sent out questionnaires at 14 and 24 months. And these questionnaires were about language comprehension, vocabulary, socio-communicative abilities, and autistic traits. And all of these infants were shown 20 videos. In some videos a woman was singing to them. In some, she was talking. It was rhyme verses for children.

[00:02:15.972] And in some, she was just standing still, smiling towards the camera. And here you can see an example of some frames from these videos and the areas of interest we used down to the left, and also an aggregated heat map of all the gaze data inside the face AOI from all infants, showing that they mainly looked at the eyes and the mouth, just as we had predicted.

[00:03:15.680] And then we do univariate model testing using the OpenMX package in R in order to estimate both the genetic component but also the shared environment component and the unique environment component. And we found that in general, most infants preferred looking at the eyes. But there were some clear individual differences. And these were very stable across conditions.

[00:03:38.310] So the infants who preferred looking at the mouth in the singing condition also looked at the mouth in the talking and in the smiling condition. So, it doesn’t seem that the preference at this age is influenced by low-level visual cues, but it seems to be a stable preference. We didn’t find any association between the eye-mouth index and most concurrent related traits.

[00:04:02.520] But we did find one association which was higher amount of looking time at eyes at five months was associated with larger receptive vocabulary, meaning language comprehension, at 14 months. And regarding the heritability, we found that the eye-mouth index was highly heritable. And the best fitting model was an AE model, meaning that shared environment did not influence this measure.

[00:04:35.360] So our conclusions were, first of all, that the eye-mouth index was strikingly stable across conditions. So, it didn’t matter whether she was singing or whether she was just standing there smiling. Infants did have a clear preference for either the eyes or the mouth. And we also found, as I just mentioned, that looking at eyes versus mouth at five months is highly heritable, meaning that what you are exposed to is partly based on genetics.

[00:05:04.710] So this might be seen as an active gene environment correlation, where individuals select environmental exposures based on their genotype. And the information that is the target of our gaze will of course be subjected to subsequent processing and learning. And therefore, this might have cascading effects later on in development.

[00:05:28.400] And we also found an association between looking at the eyes and having a larger language comprehension later on. And this was not in line with earlier studies showing a preference for the mouth being associated with later vocabulary. However, five months is a very young age. And around this age, infants learn to follow other people’s gaze, which is known to facilitate word learning.

[00:05:55.980] So by following gaze, infants will attempt to the same things as their caregivers and, hence, more quickly understand what they refer to when they name objects and events. This could also be a form of evocative gene environmental correlation, whereby an individual’s heritable behaviour evokes an environmental response. So, for example, children who looks more at the eyes of their caregivers might have parents who are inclined to rate the infants higher on this type of questionnaire.

[00:06:28.220] So these are our main conclusions in this paper. But of course, more research is needed in order to investigate the full, complex picture of looking at faces and also to investigate the etiology behind these different gaze patterns and how they relate to later development.