Can physical exercise improve tics and associated mental health difficulties in Tourette syndrome? The jury is out

Physical exercise is increasingly being recommended as part of management for children and young people with mental health problems. There is a growing evidence base that shows physical exercise is associated with improvements in functioning for conditions such as attention deficit hyperactivity disorder (ADHD), although studies are small, they are signifcant.

What is Tourette syndrome?

Tourette syndrome is characterised by persistent, involuntary motor movements and sounds which occur throughout childhood. For some children, the tics are bothersome and for others they do not bother them. Importantly, most children with Tourette syndrome will have a co-ocurring mental health problem such as ADHD or obsessive compulsive disorder (OCD) (Groth, 2018). The co-existing conditions are as likely to have an impact on the child’s life alongside the tics themselves (Eapen, Snedden, Crncec, Pick and Sachdec, 2016) but tics can be painful, embarassing and are often misunderstood by families and teachers.

What do we hear in clinic?

How was the review carried out?

A range of online databases were searched including those focussing on medicine, psychology and physical exercise/sport.  Studies investigating interventions aimed at reducing tics and mental health difficulties and survey based studies exploring the relationship between physical exercise and tic severity in children (0-18 years) were included in the review.

Results of the search and subsequent analysis

Seven studies which met inclusion criteria were identified. Five focused on physical exercise interventions and two were survey-based studies investigating the relationship between tic severity and physical activity. Two of the intervention studies were case studies whilst in the other three studies sample size ranged from 5 to 13 participants.

What were the physical activities

The physical exercise interventions included a one off 2.5-hour intervention whereas others involved regular exercise sessions on a weekly, bi-weekly or tri-weekly basis for 6 weeks to 3 months. The interventions included a kickboxing exercise routine, a 30-min aerobic exercise session and a group aerobic exercise class. In one of the studies which involved a number of sessions, support was provided via teleconference while in another a certified physical trainer facilitated the sessions.

What did we find in relation to tics?

There was some evidence that physical exercise reduces tic severity in the short term. In the two survey studies more participants reported a decrease in tic frequency than reported an increase, but in both studies, the majority reported no difference in tic expression as a result of participation in physical activity.

Our findings were not clear on what happens after the exercise has happened. In one study which included a four-week follow-up, tic frequency which had reduced initially, returned to pre-intervention levels suggesting that improvements may not be maintained. This needs careful investigation.

What did we find in relation to co-existing mental health problems?

Mental health difficulties were considered in three of the five studies. In one study, a reduction in OCD and anxiety symptoms on standardised measures was noted. In another study, parents reported a positive influence on their child’s self-esteem as a result of participation in the exercise intervention which was based on qualitative report and not a standardised measure.

Not all studies investigating additional conditions included a follow up measure of mental health function. Of note is that none of the studies to date have considered symptoms of ADHD despite ADHD being one of the most common comorbidities and evidence that exercise can impact positively on ADHD symptoms

Limitations of the studies

None of the intervention studies involved randomisation so we don’t know is a particular preference of the subjects meant that they received a particular type of exercise. Sample sizes of participants were small which means that it is difficult to know how many people the results can be relevant for and if the results are truly meaningful. Importantly, as the interventions were so varied in terms of content and duration, it’s difficult to know how much, when and what type works for children with Tourette syndrome, who are very different from each other anyway.

Discussion and Implications for practice

There are some reports of reductions in tic severity and frequency associated with physical exercise in children with Tourette syndrome. However, there is not enough evidence to state with any certainty or confidence whether engaging in physical activity has an impact on tic severity.  Similarly, there is also not enough evidence regarding the effect of physical exercise on symptoms of co-existing mental health conditions in children and young people with Tourette syndrome.

It is possible that any improvements in tics are short lived, as both studies which had a follow-up evaluation indicated that reported improvements were not sustained. This finding is similar to results of studies using relaxation training in tic management (Bergin, Waranch, Brown, Carson and Singer, 1998).

What does work then?

The evidence-base for behavioural treatments for tics such as habit reversal training and exposure with response prevention is robust and has forty years of supportive research (Verdellen, Van De Griendt, Hartmann, & Murphy, 2011). Although, not a cure, it is typically associated with a reasonable reduction in tics for most children who receive it. In the past ten years, there have been exciting developments in the provision of behavioural therapy for tics such as group interventions, online treatment and remote delivered therapist assisted self-help interventions such as the National Institute for Health Research sponsored study ORBIT (Online Remote Behavioural Intervention for Tics).

The take-home message is that, conclusions about the benefits of physical exercise on TS symptoms or comorbidities cannot be drawn at this stage. There is a need for better data including studies which use randomised controlled designs and a consideration of the impact of exercise on a broader range of areas of the child’s life including mental health, cognition and quality of life. For now it is important that children and young people with troublesome tic disorders have access to therapies with an established evidence base for both tics and comorbid mental health difficulties (Whittington et al, 2016). 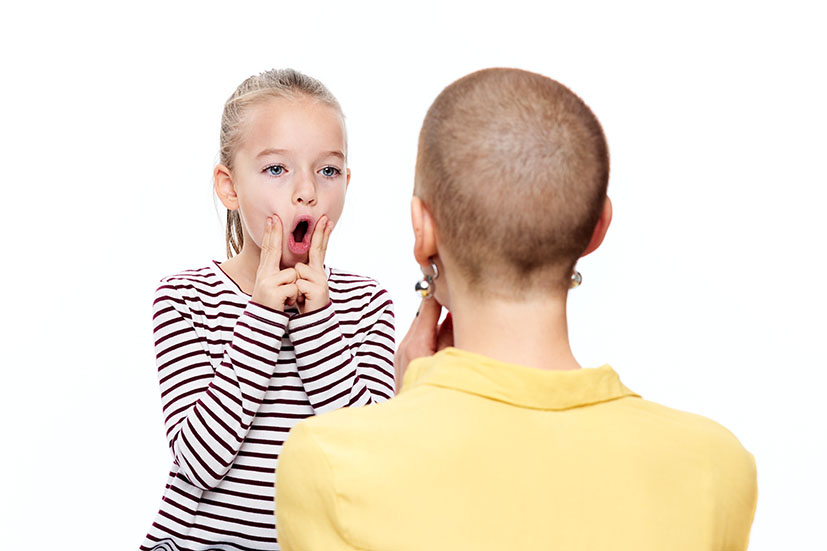 Dr Tara Murphy is a Consultant Paediatric Neuropsychologist and Clinical Psychologist. She worked at Great Ormond Street Hospital between 2003 and 2017 in neuropsychology and intervention services. In 2012, Tara co-led the National specialist Tourette syndrome clinic and developed services and completed research. She has written two books (Chowdhury and Murphy, 2017; Murphy and Millar, 2019) and many papers on Tourette syndrome. Tara is currently living in Kampala, Uganda volunteering at Butabika National Referral Hospital as part of the Butabika East-London Link. She is treating and teaching other professionals how to treat children with tics and many other disorders.

Colin Reilly has worked as an educational psychologist in the UK and Ireland. He currently works as an educational psychologist at Young Epilepsy and as an honorary research associate at UCL Great Ormond Street Institute of Child Health. His clinical work to date has primarily been with children with neurodevelopmental disabilities and neurological conditions (e.g. epilepsy). His research focuses on psychosocial aspects of these conditions.