Prescribing in the dark: off-label drug treatments for children with insomnia

Insomnia is a common problem in children with neurodevelopmental disabilities (NDDs), and has a profound effect on quality-of-life. Earlier this year, Oliviero Bruni and colleagues compiled a Practitioner Review for the Journal of Child Psychology and Psychiatry on the pharmacologic treatment options for insomnia in children with NDDs. They explain that well-controlled studies that use objective polysomnography and subjective sleep measures are lacking. Such studies are urgently needed to determine the efficacy, effectiveness and safety of sleep medicines that are currently prescribed to affected children off-label.

Sleep disturbances affect up to 86% children with neurodevelopmental disabilities (NDDs). Such disturbances include difficulties falling asleep (sleep onset latency), night awakenings and short sleep duration. The underlying causes for these disturbances are unclear, but may be due to another co-occurring medical condition, poor sleep hygiene or behavioural insomnia. As such, diagnosis of a sleep disturbance can be difficult, and is often exacerbated by the child’s reduced communication skills. In their recent Practitioner Review, Oliviero Bruni and colleagues outline the non-pharmacological and pharmacological treatments currently used to treat chronic insomnia in children and adolescents with NDDs. Their key findings are discussed below.

Bruni et al. state that prevention is the best treatment for insomnia. In paediatric cases where the disorder is already chronic, they recommend that regardless of NDD status, good sleep practice and behavioural interventions should be the first approach. Behavioural interventions that employ a gradual approach, such as gradual withdrawal, gradual extinction and fading, are favoured over making an abrupt change. However, the choice of behavioural intervention can be guided by the preference of the parent and there is no evidence that one approach is more effective than another. The researchers noted that further investigations are needed to identify factors that predict treatment success and to tailor behavioural interventions for young children based on child, parental and environmental factors and any underlying pathology.

Parent involvement is critical in changing sleep problems in children. The researchers found that group-based training of parents in behavioural approaches to manage sleep problems may be effective, especially with regards to parent-set goals and the parent’s sense of efficacy.1 They also detailed two novel non-pharmacological approaches based on bed materials and accessories: a weighted blanket2 and a novel mattress technology.3 While the former showed no superiority compared to the control condition in improving sleep problems in children with autism spectrum disorder (ASD), the latter promoted improvements in sleep onset latency, duration and efficiency.

Bruni and colleagues outlined the plethora of pharmacological treatments commonly used in chronic insomnia in children with NDDs. They explain that before initiating any drug treatment in children with NDDs, clinicians should pay attention to: (1) potential interactions with other drugs, (2) the child’s age and clinical history, (3) the child’s sleep history and sleep goals, (4) dosage and discontinuation plan, and (5) the nature of the primary complaint to guide drug choice.

Melatonin: This chronobiotic and hypnotic agent regulates the sleep-wake cycle. In general, systematic reviews and meta-analyses of placebo-controlled, randomised controlled trials in children with NDDs have demonstrated that melatonin significantly improves sleep onset latency and/or sleep duration compared to controls.4 Various studies that have also investigated the effects of melatonin for specific NDDs, and have confirmed that melatonin (1-10mg 30-60 min before bedtime) administered alone or in combination with cognitive behavioural therapy is effective for treating insomnia in children with ASD, Angelman syndrome, Rett syndrome and attention deficit hyperactivity disorder (ADHD). Although the researchers found no evidence for significant adverse effects associated with melatonin, a key concern is its loss of efficacy after an initial good response. The researchers thus recommend starting treatment with a low dose <6mg.

Antihistamines: Histamine promotes wakefulness and its suppression or inactivation can have a sedative effect. Antihistamines are the most prescribed or obtained over-the-counter agents for paediatric insomnia. The most commonly used antihistamine is diphenhydramine — a competitive H1-histamine receptor blocker — with a recommended dose of 0.5 mg/kg up to 25 mg for children. Despite their widespread use, randomised controlled trials for antihistamines in children are lacking and the available data are conflicting. Bruni et al. detail that a common adverse effect of antihistamines is impaired consciousness, and tolerance can develop quickly. Furthermore, some children instead experience dramatic overarousal.6 Consequently, Bruni et al. do not recommend antihistamines as a first-line option to treat sleep disturbances in children with NDDs, due to the current lack of controlled trials and poor tolerability profile.

Clonidine: This adrenergic agonist is currently approved by the FDA in the USA to treat hypertension and ADHD. Bruni et al. describe that since clonidine has sedative effects, it is commonly prescribed to children off-label as a sleep aid despite no available well-controlled studies. A literature review of non-controlled studies, however, found that clonidine was effective for treating sleep disturbances in children with co-morbid ASD and other NDDs when used at a dose of 0.05-0.225 mg per day.7

Benzodiazepines: These hypnotic drugs have long been used to treat adults with insomnia, but few studies have evaluated their use in children. While some positive effects have been reported from small trials in children with Williams syndrome and children with autism, concerns regarding their tolerability profile limit their use in children. The researchers report that one benzodiazepine, clonazepam, may be a good treatment option for children with arousal disorders, periodic leg movement disorder or restless legs syndrome but trials that assess objective sleep measures and safety are first needed.

Z drugs: These non-benzodiazepine sedative-hypnotics have not been evaluated to a great extent in children. The studies conducted thus far have not shown benefits over placebo groups and adverse events, including dizziness and headache, have been reported. 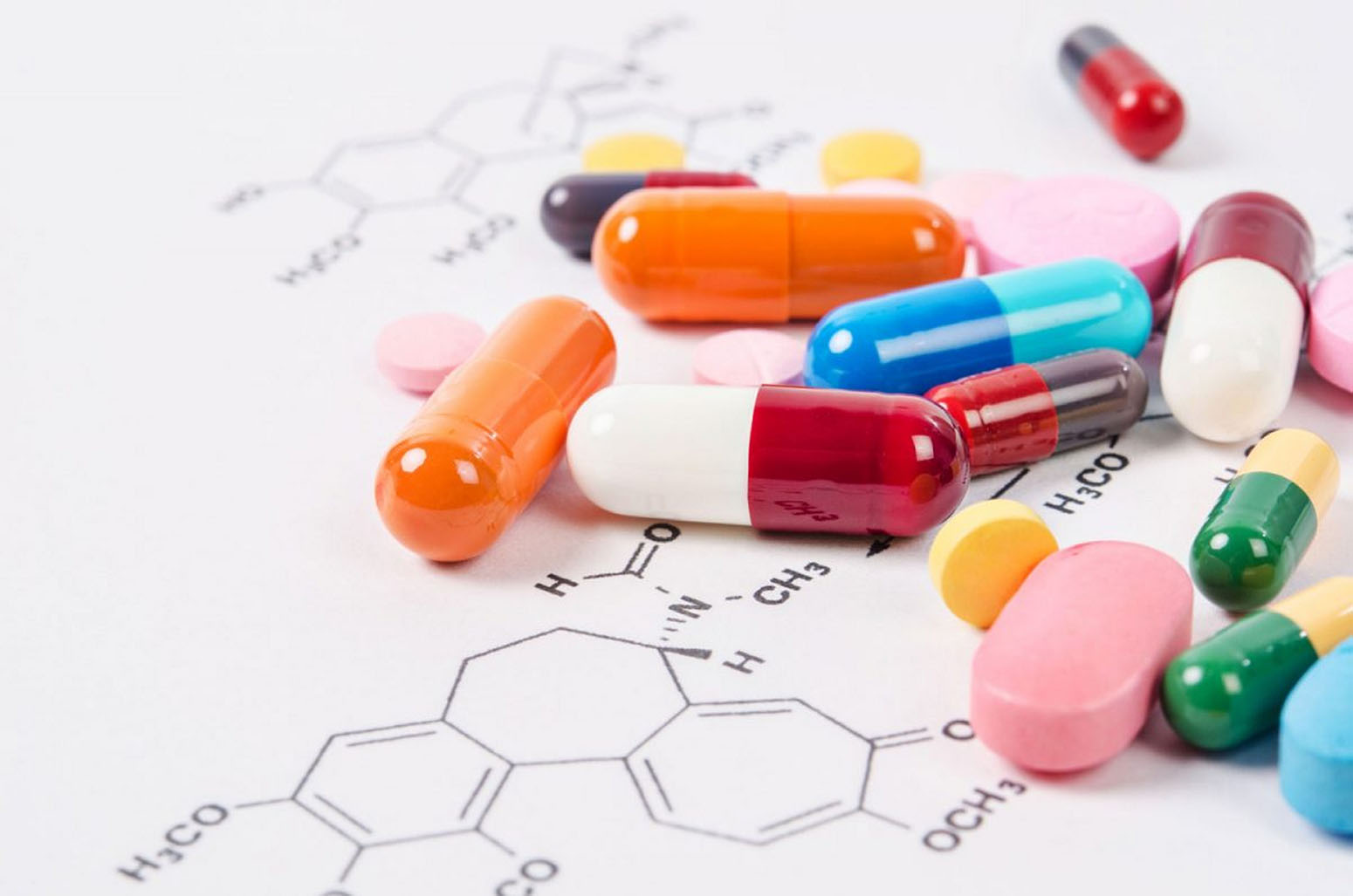 Mirtazapine: This agent can induce a high level of sedation at very low doses. One open-label study in children with autism and children with other pervasive developmental disorders showed some efficacy for mirtazapine in treating insomnia. Responders (34.6% patients) exhibited improvements in various symptoms, including aggression, anxiety and insomnia.8

Trazodone: Bruni and colleagues describe trazodone as the most sedating antidepressant available, and as such, it has been extensively studied in terms of its effects on sleep in adults. A survey of child and adolescent psychiatrists in the USA found that trazodone was the most commonly prescribed insomnia medication for children with mood and anxiety disorders;9 however, very few studies have actually assessed its efficacy as a sleep medication and tolerability in children and adolescents.

Atypical antipsychotics: These drugs are typically prescribed to reduce disruptive behaviours in children with psychiatric or developmental disorders. Risperidone and olanzapine, however, have been prescribed for childhood sleep disturbances despite a lack of studies evaluating their safety and effectiveness. Bruni and colleagues report that the poor tolerability of these drugs is problematic, especially as they may even exacerbate sleep problems in children with sleep-disordered breathing. The researchers do not recommend these drugs to treat insomnia in children, due to the lack of data and poor tolerability profile.

Gabapentin: Although approved to treat seizures, neuropathic pain and restless legs syndrome, gabapentin has reportedly beneficial effects on sleep. A case series showed gabapentin to be safe and well-tolerated when used to treat sleep onset and sleep maintenance insomnia in a cohort of 23 children, of whom 87% had NDDs.10 This beneficial response was evident at low doses (5-15 mg/kg at bedtime), much lower than the dose prescribed to treat epileptic seizures.

Orexin antagonists: Orexins have an excitatory effect on wake-promoting neurons and are critical modulators of the sleep–wake cycle. In healthy patients and patients with insomnia, orexin receptor antagonists may reduce the number of awakenings and sleep latency, and increase total sleep time.11 The reported adverse effects thus far include headaches, dizziness and abnormal dreams. Bruni et al. consider, therefore, that these compounds might be a promising treatment strategy for children with NDDs, especially because they act on a different neurotransmitter system with fewer interactions with the drugs commonly prescribed for NDDs. They explain, however, that randomised controlled trials are first needed to assess the short-term and long-term effects.

Tryptophan/5-hydroxytryptophan (serotonin): Although tryptophan and serotonin-based strategies have been used to treat sleep disorders since the 1980’s, no data are available on their effects on insomnia symptoms in children with NDDs.

Iron: Iron deficiency anaemia has been associated with high motor activity during sleep, short night sleep duration and a high frequency of night waking in infants. Consistently, iron supplementation has been associated with longer sleep duration12 and one review found an increased incidence of periodic limb movements during sleep, sleep fragmentation and poor sleep efficiency in paediatric patients with ASD and low serum ferritin levels compared to controls.13 Bruni and colleagues thus recommend measuring ferritin levels in children, as iron deficiency is relatively common in this population. Furthermore, they consider that parents should be asked for a personal and family history of iron disorders.

Vitamin D: Preliminary data suggest that altered vitamin D metabolism may be involved in the presentation and severity of sleep disorders. Indeed, the available data thus far suggest that vitamin D supplementation may improve sleep quality. Bruni et al. propose that future studies that investigate vitamin levels in association with iron parameters in children with NDDs and insomnia associated with motor hyperactivity during sleep could be of value.

In summary, insomnia in children with NDDs affects quality-of-life for the affected child and their family. Although non-pharmacological interventions should be the first course of action, Bruni et al. warn that many cases will likely require pharmacological intervention. Well-designed controlled studies on the efficacy/effectiveness, tolerability, dose and safety profile of hypnotic medications in children are, however, urgently needed to facilitate on-label prescribing. Although Bruni et al. suggest possible management algorithms for children with NDDs and chronic insomnia, they explain that the lack of head-to-head trials renders it impossible to provide an evidence-based hierarchy of available medications in terms of efficacy and effectiveness. From the available data thus far, however, they do discourage the use of antipsychotics and benzodiazepines in children with NDDs, due to their poor tolerability profile. Hope lies in the development of a drug in the near future that has proved efficacy and a good safety profile in children and adolescents with NDDs and insomnia.

Sleep onset latency: the amount of time it takes to fall asleep.

Chronobiotic: a chemical agent that can cause a phase adjustment of the body clock, i.e. shift the biological circadian rhythm.

Cognitive behavioural therapy (CBT): a form of talking therapy that encourages patients to manage their psycho-social problems by changing the way they think and behave; CBT focuses on current problems and finds practical ways to improve state-of-mind on a day-by-day basis.

Randomised controlled trial: an experimental setup whereby participants are randomly allocated to an intervention/treatment group or a control/placebo group. Randomisation of participants occurs after assessments for eligibility, and is used to minimise selection bias.

Sleep disordered breathing: repeated episodes of hypopnoea (under breathing) and apnoea (not breathing) during sleep.

The researchers highlight that despite wide-spread pharmacological treatment, well-designed, controlled studies on the efficacy/effectiveness, tolerability, dosage and safety profile of hypnotic medications in children are lacking. Further research is, therefore, needed in this field of sleep medicine. Well-conducted trials based on the physiopathology for the NDD that also evaluate the presence of other co-morbid sleep disorders are also required.