Attention-Deficit/Hyperactivity Disorder (ADHD) is a common childhood neurodevelopmental disorder, affecting 5 – 7% of school-aged children.1 Given that many children with ADHD experience difficulty paying attention and managing impulsive behaviors, it is not surprising that children with ADHD often struggle with basic tasks, such as schoolwork, daily routines, and social interactions. What’s more, children with ADHD often experience one or more coexisting mental health problems, such as anxiety and depression, which can further limit their overall wellbeing and daily functioning.2,3

In light of the challenges children with ADHD often face, it is important to identify ADHD and coexisting mental health problems in order to provide effective treatment. Currently, the assessment of internal experiences, such as anxiety, depression, and loneliness, relies heavily on children’s self-report. Whereas parents or teachers might be able to report easily on children’s external behavior (e.g., temper tantrums, defying authority), they may have less insight into children’s internal experiences (e.g., anxious thoughts, feelings of loneliness or depression). As such, clinical wisdom emphasizes the use of children’s self-reports when assessing their internal experiences. 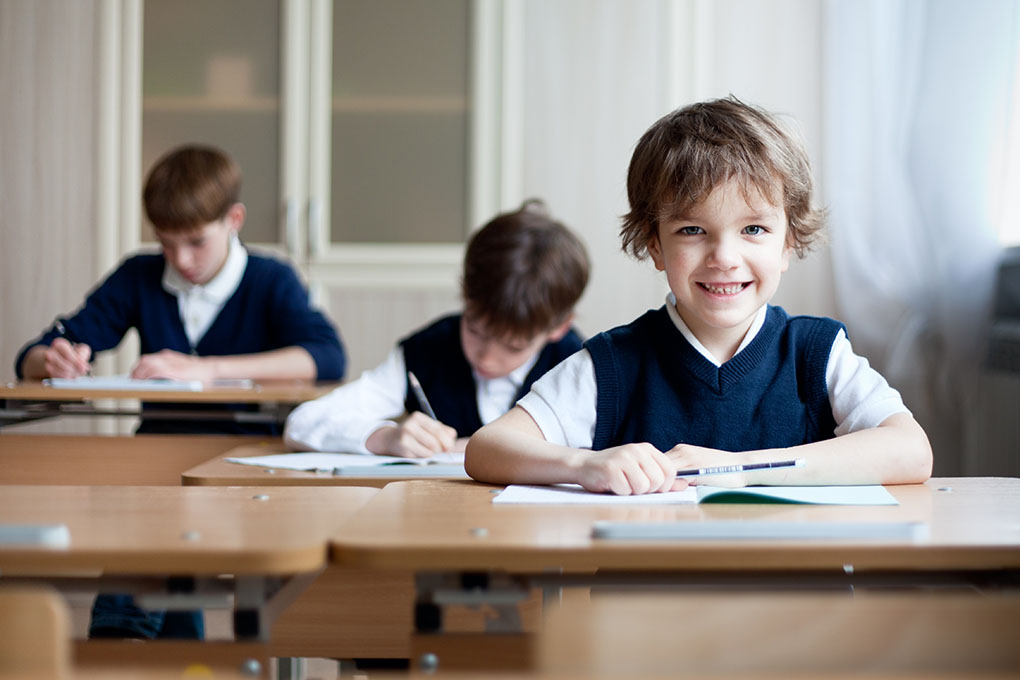 However, there is reason to question whether relying solely on self-reports of internal experiences is appropriate for all children with ADHD. Some children with ADHD display a “positive bias,” meaning that they provide ratings of their abilities and experiences in different areas of their lives (e.g., social, academic, athletic) that are more positive relative to parent ratings, teacher ratings, or other objective measures, such as a math test. Because children with ADHD are more likely than their typically-developing peers to have a positive bias,4 it is important to consider how this bias may impact children’s self-reports in other areas of their lives, such as co-occurring anxiety, depression, or loneliness.

In order to learn more about whether positive bias might play a role in children’s ratings of their internalizing experiences, we examined data from two different groups of school-aged children (ages 7-12). The first group had 199 boys with ADHD and 84 typically-developing boys. The second group had 178 boys and girls with ADHD and 86 typically-developing children. Based on research linking children’s social competence and their self-reports of internalizing problems,5-7 we focused specifically on children’s social self-perceptual biases (i.e., the difference between child self-report and teacher report of social competence in areas related to making friends, spending time with peers, etc.) and examined whether this particular type of bias masked children’s self-reports of loneliness, and depressive and anxious symptoms.

Results indicated that ADHD was more strongly linked with internalizing problems (anxiety, depression, loneliness) when children’s social self-perceptual biases were considered as compared to when they were not. These findings provide initial support for the view that more positive social self-perceptual biases might interfere with the accurate assessment of loneliness, and depressive and anxious symptoms among some children with ADHD. In addition, our study showed that other types of self-perceptual biases (e.g., academic, behavioral) also masked the severity of internalizing problems among some children with ADHD.

Findings from this study challenge the view that mental health clinicians should rely heavily on children’s self-report of internalizing problems. Specifically, our results suggest that children diagnosed with ADHD who also have a positive self-perceptual bias might underreport their experience of anxiety, depression, and feelings of loneliness. More research is needed to develop specific guidelines for clinicians to use in their daily clinical practice. For example, because self-perceptual biases range in size, we need a better understanding of the extent to which internalizing experiences are masked at different values of bias. This future work would allow clinicians to administer a self-perceptual bias measure and know at what point they need to make adjustments to assessment procedures.

Overall, results from this study highlight the need for mental health clinicians to consider how self-perceptual biases may impact the self-reports of some children with ADHD, particularly as this bias relates to the assessment of co-occurring internalizing mental health problems.

By Caroline Martin and Virginia Peisch

Caroline is a fourth-year graduate student in the Clinical Psychology Ph.D. program at the University of Vermont. Working under the mentorship of Dr. Betsy Hoza, Caroline’s research examines the assessment and treatment of Attention-Deficit/Hyperactivity Disorder (ADHD) from a developmental psychopathology perspective, with a specific focus on the early childhood years. In her clinical work, Caroline focuses on the treatment of ADHD, disruptive behaviors, and internalizing problems among children and adolescents.

Virginia is currently a fifth-year graduate student in the combined Developmental and Clinical Ph.D. program at the University of Vermont. As a member of the Risk and Resilience Lab at the University of Vermont, Virginia is particularly interested in studying coping processes in developing children and how coping relates to adaptive and maladaptive outcomes. In her clinical work, Virginia focuses primarily on internalizing problems in middle childhood as well as on parenting interventions.