What are the barriers to mindfulness for Tourette’s? 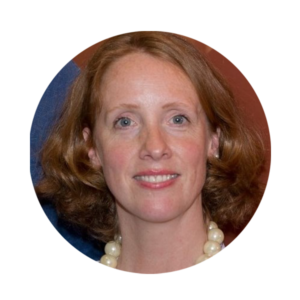 Dr Seonaid Anderson
Seonaid is a Chartered Psychologist and a member of ACAMH and BPS. I have experience of clinical research with children and young people. I am currently research manager for Tourettes Action where I manage the research awards programme.

Tourette Syndrome (TS) is often misunderstood as a condition which makes people swear, or say socially inappropriate things. 90% of people with TS do not have involuntary swearing (coprolalia). TS is an inherited, neurological condition, the key features of which are tics, involuntary and uncontrollable sounds and movements. Over 85% of people with TS will also experience co-occurring conditions which might include Attention Deficit Hyperactivity Disorder (ADHD), Obsessive Compulsive Disorder (OCD), and Anxiety (Groth, 2018 and Cravedi et al., 2017). It is estimated that more than 300,000 children and adults in the UK live with TS. For some people, living with TS will continue throughout their life, but symptoms are likely to wax and wane. There is no one treatment that can permanently stop tics; but medication and psychological therapies can help to manage symptoms

Mental health issues of people with Tourette Syndrome or Chronic Tic Disorder lacks attention and people with this condition may feel sad or depressed. For some people with TS these feelings can be very deep and intense and in some cases may lead to self-harm or attempts to end their life. TS/CTD is a disabling condition for some but the impact of this is not always recognised. Researchers from the Karolinska Institute  found that in their research patients with TD/CTD were four times more likely to have committed suicide. This research identifies an under-recognised mental health need in people with TD/CTD.   The researchers recommend that suicidal thinking and behaviour should be carefully assessed, monitored and acted upon, particularly in those whose tics persist into adulthood.

Tourettes Action is the leading support and research charity for people with Tourette Syndrome and their families in the UK. We want people with TS to receive the practical support and social acceptance they need to help them live their lives to the full. We know there is a lack of research in this area but from anecdotal evidence we often hear that people with TS like, and engage in, relaxation techniques and these are frequently suggested by their clinical practitioners. We know that mindfulness and meditation can be of great benefit to people but it is a challenge for those with movement disorders such as Tourette Syndrome. Tourettes Action wanted to help people with TS overcome barriers to practicing mindfulness and this is why we have just created the first guided relaxation which is designed specifically for tics called ‘At ease with your tics: A Guided Relaxation’.

The idea of creating a meditation-like tool for people with tics and TS was the inspiration of Liz Murray, a British Psychological Society (BPS) Chartered psychologist. Liz delivers behavioural therapy for people who have a diagnosis of tics or TS, via telemedicine. Liz also has TS herself. Liz was influenced to create some kind of audio recording that people with tics could use after taking part in a mindfulness course. While generally beneficial, Liz found it difficult to stay still in sessions and that the mindfulness practices had little or no effect on her tic activity.  Liz began to think that there needed to be a relaxation specifically designed for someone with tics. Influenced by the work of Dr Tamara Russell, a clinical psychologist and neuroscientist, two concepts described in her book were incorporated into the script: setting ‘intention’ and exploring neural pathways from within the body during meditation.

A group of psychologists; Dr Seonaid Anderson, Dr Tara Murphy, Jolande van de Griendt and Dr Cara Verdellen; offered specific knowledge and expertise on TS.  The script follows current research in the treatment of tics of tolerating the urge to tic and stress reduction. Our team decided that the recorded script should be called ‘A Guided Relaxation’ as it engages the thought process while a meditation is more about giving attention to one thing such as the breath.

It is hoped that the relaxation will help people who find meditation or relaxations difficult due in part to their movements. We have also designed a feedback survey we hope people will complete for us to examine whether the relaxation has helped them tolerate the urge to tic, reduce stress or helped them manage their tics. The recording ‘At ease with your tics: A Guided Relaxation’ is available with and without a music/soundtrack from the Tourettes Action shop.

Do adults with Tourette’s Syndrome have problems with maintaining relationships?

Out of curiosity,could tourette’s syndrome cause all kinds of malicious and obscene words come into ones mind while praying or such? Could this be due to a lack of meditation?