Modern illness or a thing of the past? Surveillance study of childhood/adolescent Sydenham’s chorea in the UK and the Republic of Ireland 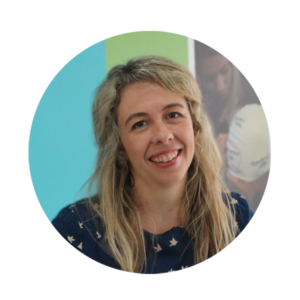 Dr Tamsin Newlove-Delgado
Senior Clinical Lecturer at the University of Exeter, based with the Children and Young People’s Mental Health Research Collaboration, and an Honorary Consultant in Public Health Medicine with Public Health England. Having spent time training in child psychiatry, Tamsin’s main area of research interest is in epidemiology and public health aspects of child mental health. She completed her PhD in 2016, which was funded by an NIHR Doctoral Research Fellowship and focussed on two aspects of service provision for children and young people with psychiatric disorders in the UK; mental health related service contact in school aged children and transition from child to adult services in young people with Attention Deficit Hyperactivity Disorder (ADHD). She was a co-investigator on the recently completed NIHR CATCh-uS project (Children and adolescents with ADHD in transition between children’s services and adult services) which used surveillance to estimate need for transition in ADHD, and currently leads a number of projects including an investigation of trends over time in child mental health funded by an NIHR Advanced Fellowship.

We are carrying out the first prospective surveillance study of Sydenham’s chorea ever performed in the UK and the Republic of Ireland (ROI), conducted through the British Paediatric Surveillance Unit (BPSU) and the Child and Adolescent Psychiatry Surveillance System (CAPSS). In this blog we will describe why this rare condition can have a severe impact on children and families, summarise our research so far, and explain why it is important for clinicians working in child mental health services to report any suspected cases.

You would not be alone if you had never heard of Sydenham’s chorea (abbreviated to SC). The condition used to be known as ‘St Vitus’ Dance’ in the past, because the main feature of chorea involves irregular, involuntary and purposeless movements which have been described as ‘dance-like’. In fact, the word chorea comes from the Ancient Greek term for dancing.

SC is a rare condition associated with prior group A streptococcal infection and largely affecting children and young people.  It can occur in isolation or as part of rheumatic fever.  Neurological symptoms, including chorea and muscle weakness, can range from mild to severe, and can affect activities at home and school, including eating, dressing, speaking, writing and walking (Walker KM et al. 2010). At the peak of their illness children may become entirely dependent on their families.

The onset of SC may occur up to six months following a streptococcal infection, and symptoms may last for two years or more, sometimes evolving into a chronic condition (Walker KM. et al. 2017).

SC also commonly affects children’s mental health. It is often accompanied by emotional and behavioural symptoms, such as anxiety, tics, obsessions and compulsions, and hyperactivity, which can persist and may be severe and disabling (Punukollu M. et al. 2016). Children may therefore present to clinicians in paediatrics or child psychiatry and are likely to require joint working to holistically manage symptoms.

In modern times, both rheumatic fever and SC appear to have been in decline in developed countries. However, despite this assumption that SC is a ‘thing of the past’, little is known about its’ current pattern (Crealey M. et al. 2015). Clinicians working in tertiary units have expressed concerns that incidence of SC may be rising; and that it is no longer promptly recognised. We have also been working with the Sydenham’s Chorea Association, a family led charity. They have highlighted concerns about recognition, and a lack of information about what to expect from a diagnosis.

Our team at the University of Exeter are now working with the charity and other experts to run a surveillance study through the British Paediatric Surveillance Unit (BPSU) and the Child and Adolescent Psychiatry Surveillance System (CAPSS). The study aims to examine the current pattern of Sydenham’s chorea, raise awareness of its course and complications and inform service planning.

The study so far: what have we found?

Through BPSU and CAPSS, we have been asking paediatricians and child psychiatrists to report cases of suspected or confirmed Sydenham’s chorea when they first see a child or young person with symptoms of the condition in their service. This is a rare condition; BPSU surveillance of paediatricians, which started in December 2018, and covers all of the UK and Ireland (a population of approximately 14.5 million 0-16 year olds)  has so far produced over 40 reports and more than 20 confirmed cases of a new onset of SC.

CAPSS surveillance has a wider remit, looking not only for new onset cases, but also for any new mental health presentation in a child/young person with a probable or definite diagnosis of Sydenham’s chorea (including chronic and relapsing patients). However, despite this wider case definition and the well-recognised high level of psychiatric symptoms, there have been no cases notified by Child and Adolescent Psychiatrists since CAPSS surveillance started in June 2019.

We think that it is possible that children and young people with SC and associated mental health difficulties might be known to wider CAMHS teams, and not be under the direct care of a child psychiatrist. For this reason, we would like to ensure that all those working in CAMHS are aware of this study, and to ask you to please encourage and facilitate notification of such cases by child psychiatrists to CAPSS.

This will help us to get a more complete picture of whether children with SC are being seen in CAMHS, and what problems they might need help with. There are also wider implications of the study: as SC is a post-streptoccocal autoimmune condition, it could also represent a model for the potential role of autoantibodies in other psychiatric presentations such as psychosis.

Our surveillance through CAPSS and BPSU will be continuing throughout 2020, and we will be presenting and publishing early findings later this year. We will be following up cases over a two-year period to study what happens to children and young people with the diagnosis and how it affects their lives. At the end of the project, we will be holding an event for families and producing information about what to expect from a diagnosis and sources of support. Families have told us that that raising awareness is the most important outcome of this research for them, so we will also produce material for clinicians, as well as sharing our findings with commissioners to help them plan services to meet these children’s needs. Ultimately, our hope is that this study will also form a basis for further research to improve diagnosis and management.

Rare conditions such as SC may in fact have greater impact on families, who may become more isolated, lack information on outcomes and experience more diagnostic delays (Zurynski Y. et al. 2017). Patients (and families) often have to become experts in their rare condition, but the information available to patients and practitioners who try and support them is limited. We want to try and change this with our study, but to do this we need to identify and gather information on as many cases as possible to get an accurate picture of ‘modern-day’ pattern and presentation of SC.

We are very grateful to all the clinicians who take time to report to BPSU and CAPSS, and would like to take this opportunity to encourage them to continue to do so.

I have no conflicts of interest to declare

This study was inspired and developed through collaboration with the Sydenham’s Chorea Association (SCA), who have also contributed funding. Additional funding is provided by The Royal College of Paediatrics and Child Health & British Academy of Childhood Disability Paul Polani Award and the British Medical Association Foundation Helen H Lawson award.

I have treated just three cases of Sydenham chorea in my whole practice and all of them in the 90ies of the last century. The acute chorea responded fantastically to the beta blocker Propranolol as long as they stayed on it till the steroids took effect.
Boghos L. Artinian MD