Young people’s help-seeking behaviours: dealing with their own versus a friend’s symptoms of poor mental health 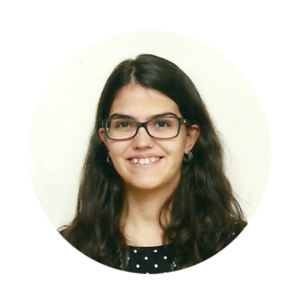 Sofia Pimenta
PhD student in Psychology at the University of Strathclyde, researching young people help-seeking behaviours when exposed to their own versus a friend’s symptoms of poor mental health.

Data from the Office of National Statistics (ONS) (2019) suggests that in the UK, from 2015 to 2017, there was a 1.3% increase among young people aged over 16 years old reporting mild to moderate symptoms of poor mental health such as anxiety or depression. Additionally, up to 50% of mental health disorders start developing before the age of 15 (Kessler R. et al, 2005). Research has also shown that symptoms of poor mental health can start as early as 11 years old (Patalay P. & Fitzsimons E., 2017) and that one in five adolescents from 11 to 14 years old experience symptoms of poor mental health such as depression or anxiety (Deighton J. et al, 2018). Despite this, young people still have difficulties seeking help. According to young people, stigma (e.g. Nearchou F. et al, 2018) and trust (e.g. Camara M. et al, 2017) are two of the most important elements that can influence help-seeking behaviours. It has been shown that young people are less likely to ask for help when they perceive that others will judge them (i.e. public stigma) as a result of their disclosure (Nearchou F. et al, 2018). Research has also concluded that perceived trust in available resources can buffer the effect of stigma when asking for help (Verhaeghe M. et al, 2011).

Resources available to adolescents can be divided into two main categories: informal (e.g. friends and family) and formal (e.g. professional services, school staff) (Rickwood D. et al, 2005). Often, young people dealing with symptoms of poor mental health disclose and ask for help from their friends (i.e. informal sources). Adolescents justify this choice by saying that they can trust their friends more than formal sources. This is due to the existing relationships and shared previous experiences (Camara M. et al, 2017) which results in a belief that they will be able to help them deal with the symptoms more effectively.

When it comes to formal sources of help, these can be mainly referred to as adult-oriented help-seeking. Most formal resources usually imply that young people will disclose their symptoms to adults in schools (e.g. school counsellors, teachers) or mental health professionals, which can be challenging for them. Kelly C. et al (2006) concluded that only 23% of young people would seek help from an adult when dealing with symptoms of poor mental health. As such, young people have expressed difficulties in reaching out to formal sources of help for a variety of reasons. When it comes to school staff, for example, a lack of availability of services in school, or a lack of dissemination of information about how to get help from school staff, have been noted as significant barriers for young people to obtain help in schools (Rothì D. et al, 2006). Additionally, studies have concluded that confidentiality is also something adolescents are concerned with since they fear that the information will be discussed with other staff and parents (Andriessen K. et al, 2019). Alongside these issues, young people also fear possible judgment from their peers and classmates if they find out that they are seeking help from a school counsellor (Pella J. et al, 2018).

One additional element that has not been explored in depth in the literature, is how young people cope with a peer disclosure of symptoms of poor mental health. Adults and mental health campaigns encourage young people to talk about their symptoms and to seek help if they are struggling to cope. Although young people mainly prefer to disclose their symptoms to friends, it is not clear how adolescents cope with this disclosure and how existent resources are being used to help them cope. For example, some studies have shown that young people are more willing to refer a friend to professional help then to self-refer (Raviv A. et al, 2009). This could be because they see a friend as in more need of help then themselves, and less capable of dealing with the situation by themselves. On the other hand, it is possible that in the context of someone else needing help, there is a lower level of self-stigma (Lannin D. et al, 2016). As such, professional help can be seen as more viable for a young person to recommend. Either way, it is still unclear what the reasons for these differences are.

Moving forward, my research is focusing on understanding how these different variables influence each other to improve our understanding of how young people cope with symptoms of poor mental health. I am looking at how threat levels, stigma, trust, and severity of symptoms influence young people’s coping strategies when dealing with either their own or a friend’s symptoms of poor mental health. Research in this area can help highlight young people’s needs and preferences when seeking help, which in turn would help to provide better and more adequate support in all the different environments young people are active in.

In conclusion, there are some evidence showing that young people might deal differently with their own and a friend’s symptoms of poor mental health. A research approach that examines the reasons for such differences might help us to develop new strategies of support for young people. Such findings could in turn help to increase help seeking by young people.

Conflicts of interest: The author has declared that they have no conflict of interest in relation to this blog.

Patalay, P. & Fitzsimons, E. (2017). Mental ill-health among children if the new century: trends and across childhood with a focus on age 14. London, UK.

Hello there,
I read with interest and will be following up the bibliography. I wonder if you had any more references re help seeking behaviour and telephone or online services? What would it take for someone to pick up the phone? I work for a team of advocates in children’s social care
Thanks