Behavior in childhood is associated with romantic partnering patterns in adulthood

Behavior in childhood is associated with romantic partnering patterns in adulthood

I am a research psychologist in child development and psychopathology at Ste-Justine University Hospital and University of Montreal. I am interested in the aetiology and course of mental health problems and how they shape socioeconomic and health inequalities across the life course.

My current work focuses on childhood behaviours – such as inattention, aggression, anxiety and prosocial traits – and their association with social and economic participation in adulthood, including the underlying mechanisms that explain these associations, which I examine using birth cohort studies. The aim of this work is to describe and define early predictors of poor life outcomes so we can improve identification for at-risk children and the development of prevention programs.

I have parallel research interests in climate change and mental health, sustainable healthcare, coercion in psychiatry, and the perception and treatment or animals. My work is funded by CIHR and FRQS postdoctoral fellowships.

Hello.  My name is Francis Vergunst, I’m a Post-Doctoral Researcher at University of Montreal.  I’m going to talk about some of our recent research linking behaviors in childhood through adult life partnering patterns, published in JCPP.

So we know that most people will partner during their lives.  Cross cultural studies show that people spend a large amount of time talking about romantic partnerships, and this is also well evidenced in popular culture, including music, literature, cinema, and innumerable TV series.  Partnership is an important source of social, emotional, and practical support, and is also associated with improved health and wellbeing.  So longitudinal studies have consistently shown that people who are married or cohabiting, typically, live healthier, longer lives.

So there’s a lot of interest in what factors might predict partnering success, and personality traits like conscientiousness, emotional stability, warmth, and trust have all been shown to matter.  We also know, from the psychiatric literature, that children with behavioral problems, like ADHD and conduct disorder, are more likely to experience romantic partnering difficulties as adults, including inter-partner conflict and violence.  So we were interested in whether there was an association between behavioral problems or difficulties in childhood and adult life partnering patterns, in population based samples, so people without clinical diagnoses.

Our study had two aims.  And the first was to describe patterns of romantic partnering from aged 18 to 35, in a large population based sample of males and females, based on their tax return records.  And second, to examine the association between childhood behaviors and adult life partnering patterns.

So how did we do this?  The study involved nearly 3,000 Canadian children who were assessed at age 10, 11, 12, by their school teachers, for behaviors like inattention, hyperactivity, aggression, opposition, anxiety, as well as pro-social behaviors, and then followed up for 30 years.  We then linked the behavioral ratings to the participants tax return records, and this included information about whether the participant was married or cohabiting for each year of follow up.

So what did we find?  Here you can see the results of the statistical modeling procedure from age 18 to 35.  On the horizontal axis you can see participants age in years.  And on the vertical axis you can see the probability of being partnered.  We see that were five distinct groups of partnering.  Most participants started partnering in their early and mid-20s, the grey, light blue, and dark blue groups.  And around 15% of participants partnered early but then separated and returned to unpartnered status in their early 30s.  Finally, about 30% of the sample remained unpartnered predominantly, from age 18 to 35.  We see that participants who separated early, the ones in the yellow group, and who were unpartnered, in the red group, were also more likely to have left high school without a Diploma, to have lower earnings, and also have higher welfare receipt across adulthood.

So what do these findings mean?  The study shows that behaviors in childhood are associated with distinct patterns of partnering across early adulthood, in population based samples, without clinical diagnoses.  There are several explanations for this.  First, we know that behaviors are relatively stable across development, so traits like aggression or anxiety could persist into adulthood and influence the formation of romantic partnerships.  After all, people who are distractive, or argumentative, or anxious, or less fun to spend time with, on average, and this could influence partnering decisions.

Second, it’s also possible that several indirect pathways could explain the effect, for example, studies show that children who exhibit disruptive behaviors are more likely to misuse substances, engage in antisocial behavior, and to fail to graduate high school, to have lower earnings, and so on.  All of which have knock on effects on the capacity to attract and maintain romantic partnerships in adulthood.

So in summary, children with behavioral difficulties face many challenges that cascade across their lives.

We suggest that early monitoring and support and prevention programmes can reduce behavioral problems, and promote pro-social traits, and improve outcomes, including partnering prospects, which should have benefits for both individuals and for society.

I work with children who have autism & ADHD diagnosis, who exhibit behaviour which are often now deemed not neurotypical. Would you argue that it is in their better interests to learn more if these pro-social behaviours, in that it may impact their long-term quality of life?
Thank you.

Yes, that is correct. Studies show that for children with behavioural problems, early childhood programs that promote prosocial traits can have many benefits – including improved education, employment, and social outcomes – which directly bear on quality of life. 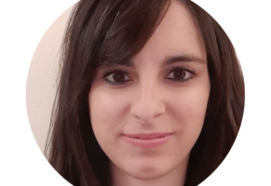