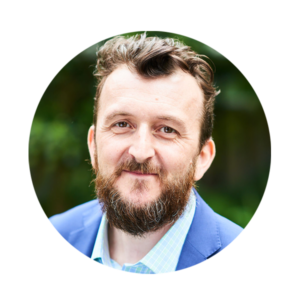 Following this we had a panel discussion, chaired by Dr. Jai Ranjan Ram and Dr. Soumitra Shankar Datta, on the topic of ‘Becoming a child and adolescent mental health professional: What do you need to think of?’. Panel; Professor Satya Raj, Dr. Nithya Poornima, and Dr. Amit Sen.

Soumitra is a consultant child psychiatrist currently working in the field of pediatric liaison psychiatry in Tata Medical Center, Kolkata. His research interests are psycho-oncology, decision making, attachment, and social aspects of medicine. Soumitra holds an honorary research appointment with the Institute of Clinical Trials & Methodology of the University College London. He trained in psychiatry in Christian Medical College Vellore and also in the United Kingdom. He worked as a consultant child psychiatrist at the Maudsley Hospital and Kings College Hospital, London prior to his current post in India. He has been a lead reviewer for Cochrane Collaboration and his recent Cochrane review on Psychological interventions for adolescents with psychosis was a featured review of the Cochrane Collaboration in 2020.

Dr Shoba is retired Senior Professor from the Dept. of Child and Adolescent Psychiatry, National Institute of Mental Health and Neurosciences, (NIMHANS), Banglore. She, along with her colleagues, was instrumental in starting the first accredited super-speciality training programme in child and adolescent psychiatry in India. Her areas of interest are autism, mood disorders, epidemiology and obsessive-compulsive disorders. She has been author to numerous international peer reviewed publications in the field of child and adolescent mental health.

Dr. Agarwal is currently professor and head of Psychiatry department at King George’s Medical University, Lucknow. He has been trained in psychiatry from the same institute. He worked in IHBAS Delhi for some time before joining the present institute. He has been working in child and adolescent psychiatry unit for 20 years. His area of interest has been neurodevelopmental disorders specially ADHD, stress related disorders like conversion disorders and neuroimaging. He has published more than 100 papers. Dr. Agarwal is a member of Global Burden of Disease India Mental Disorders Expert Group.

Dr Sen is a co-founder of Children First and has been practicing child psychiatry for over 25 years. He proudly believes that he has ADHD. As a child, Dr. Sen started by wanting to become a bus driver, changed to a doctor at an epiphanous moment, was driven to become a footballer through adolescent years, dreamt of being a rock star during medical college days till he realized that he had no talent for it, and finally reconciled to become a doctor after all. After finishing medicine from AFMC Pune, he went to NIMHANS Bangalore for an MD in Psychiatry and had a blast for the next 3 years. A longish stint in Newcastle UK made him serious about life and proud of his country. Besides growing his family, he managed to get another 2 qualifications, one of them being in child and adolescent psychiatry. Working with children, the football and rock music, dreams and aspirations, have all come together for him. Through the myriads of magical and fulfilling experiences, Dr Sen feels that he has developed empathy over the years and can connect to children and their families. In doing so, he hopes to make a difference, however little, in their lives. (Bio from Children First)

Dr. Nithya Poornima is a Clinical Psychologist who completed her MPhil and Ph.D. from the National Institute of Mental Health and Neurosciences, Bangalore, and worked for more than a decade in the same institute as a faculty.  She was a Donald Cohen Fellow from the International Association of Child and Adolescent Psychiatrists and Allied Professionals in 2008. She has a keen interest in training mental health professionals and encouraging self-care among mental health professionals. Her work is influenced by her core professional training, creative expressive methods, and mindfulness. Her perspective often focuses on promoting mental health through the lens of early identification and intervention and her clinical work is primarily with children and adolescents. 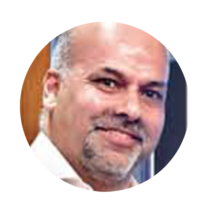 Jai is a Consultant Child and Adolescent Psychiatrist now working in Kolkata, India. He works from Apollo Gleneagles Hospital, Kolkata, India and is also attached Indian Institute of Cerebral Palsy and Institute of Child Health, Kolkata as Honorary Consultant Psychiatrist. He received his undergraduate medical education from Kolkata and then did his postgraduate training from National Institute of Mental Health and Neurosciences, Bangalore, India. He worked as a Consultant Child and Adolescent Psychiatrist in Wakefield, South Yorkshire, UK, after obtaining his CCST from Wessex Deanery. He wanted to be a travelling chef but chose a far less interesting career of Medicine instead. However, as a Psychiatrist with special interest in children and young people, he gets to relive the dreams and aspirations of young minds and feels blessed that he has, in his own very small way, enabled some troubled minds to gain freedom and blossom. He co-founded Mental Health Foundation, Kolkata (www.mhfkolkata.com) which focuses on providing treatment for mental illness and provides training for capacity building for organisation working on the interface of education and social care. He is a firm believer in improving access to mental health care and believes that is only possible if there is increased access to high quality training program for frontline community workers.