Video abstract from Dr. Maxine Winstanley on her paper in JCPP on ‘Developmental language disorders and risk of recidivism among young offenders’

Hello.  My name’s Maxine Winstanley and I’m a Senior Lecturer in Speech and Language Therapy at the University of Central Lancashire.  With my colleagues at the University of Manchester, Professor Gina Conti-Ramsden and Professor Roger Webb, we’ve recently published a study in the Journal of Child Psychology and Psychiatry and the title of this is Developmental Language Disorder and Rates of Recidivism Among Young Offenders.

Now, in this short video abstract, I’m going to share with you our rationale for the study, our methods, our results and our thoughts about the findings.  So there is now substantial recent literature demonstrating that a disproportionate number of young people who come into contact with the youth justice system have developed mental language disorder.  So, Developmental Language Disorder is a term used to refer to individuals with substantial and significant difficulties in using and or understanding language.  These difficulties persist over time and affect functioning in everyday life.  So, for ease, I’m going to refer to Developmental Language Disorder as DLD.  Now, these studies describing the high prevalence of DLD in young offender populations have usually been conducted with samples who were quite entrenched within the youth justice system.  Now, we were quite concerned about this, because implicit in many youth justice interventions is the requirement for good expressive and receptive language abilities and, quite often, verbally mediated interventions are used.  Now, these weak language skills may preclude young people from deriving the full benefit of the rehabilitation on offer and perhaps drive young people with DLD further into the youth justice system.

So, not only did we want to consider the language abilities of young people with little or no previous offending, so those first-time entrants, but we also wanted to consider if DLD was linked with re-offending, independent of the main characteristics known to be associated with recidivism.  So, we recruited a sample of 145 young people from youth offending services and a triage centre for first-time entrants into the youth justice system.  The participants completed standardised assessments in expressive and receptive language and in non-verbal IQ and, additionally, they completed the inventory of callous and emotional traits.  We used a composite measure comprising of five variables to measure adversity.  These five variables were whether the young person was a looked after child, whether they were not in education, employment and training, self-reported alcohol use, self-reported drug use and whether there was no adult in the household in paid employment.  We used the indexes of multiple depravation as a measure of socio-economic position and recidivism was measured as the first conviction subsequent to the young persons’ order commencing and we followed the young people for 52 weeks.

So, the mean age of our sample was 15.8 years and we found that 60 per cent of the sample were identified as having DLD, which we defined as a score of 1.5 standard deviations or below the normative mean, so a standardised score of 77 or below on the language measures.  Now, only two of the participants had previously been known to speech and language therapy services, so this high prevalence was undiagnosed and suggests missed opportunities prior to involvement in the youth justice system.  Now, in our sample, 46 per cent of the youths reoffended.  Now, our primary interest was the rate of reoffending between individuals with and without DLD and we found the risk of reoffending was 62 per cent in the DLD group and 25 per cent in the non DLD group and this difference was significant.  So, we then performed survival analyses of time to reoffending, so we conducted Cox proportional hazards regression to investigate the association between whether a young person had survived, then that meant remained offence free for the entire 52 weeks of follow-up, with the predictor variables, which were DLD, the non-verbal IQ, the adversity score, age at first offence, whether there was any number of previous offences, callous and emotional traits and the depravation score.  And what we found in the adjusted estimates was that DLD was the most powerful predictor of recidivism.

So participants with DLD were over two and half times more likely to reoffend than their unaffected offending peers and the only other significant variable was the number of previous offences.  So we also ran some sensitivity analyses.  Firstly, we admitted participants with a registered special need and we also ran models that fit the composite adversity score as discrete variables, but these did not alter the findings.  So, currently, in the youth justice system, where matching intervention to perceived level of risk, language is perhaps overshadowed by factors considered more influential.  Now, our findings suggest that DLD was the strongest risk factor for reoffending.  Collaboration between the youth justice system and the speech and language therapy profession would enable early identification and for adaptations to be made to the rehabilitation.  This would then allow for equal access for young people with developmental language disorder.

So thank you for listening.  Please read the article and please do get in touch with me if you’ve got any questions or any thoughts. 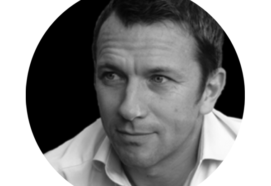 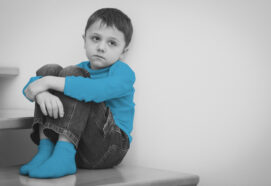