Dr. Patricia M. Crittenden gives her lecture on ‘Psychological Trauma & Resilience: A Strengths Perspective’. This was recorded, via video conference, earlier in 2020 at the Emanuel Miller Memorial Lecture and National Conference on ‘ACEs, Attachment, and Trauma: new advances in understanding and treatment’.

Subscribe to the ACAMH YouTube Channel to be the first to see video abstracts and free lectures.

ACAMH members can now receive a CPD certificate for watching this recorded lecture. Simply email membership@acamh.org with the day and time you watch it, so we can check the analytics, and we’ll email you your certificate.

“Psychological trauma will be considered in terms of delayed opportunities for learning to protect one’s self and family members from danger. The basic hypothesis is that unprotected exposure to danger can lead to psychological shortcuts that leave one vulnerable to psychological trauma and re-exposure to danger in the future. Reflective review of past exposure can reveal the shortcuts, leading to more accurate differentiation of danger and safety and more effective self-protective strategies. This, in turn, can increase resilience in the face of future threats. Analysis of data on patients with PTSD, patients with other disorders, and non-patients will be used to test the hypothesis of incomplete learning being tied to psychological trauma. People with chronic PTSD for adulthood endangerment differed from others in having psychological traumas from events in childhood during which they had had neither protection nor comfort and from which they had developed psychological shortcuts. Implications for treatment will be discussed.” – Dr. Patricia M. Crittenden

Dr. Patricia M. Crittenden studied under Mary. D. Ainsworth from 1978 until 1983, when she received her Ph.D. as a psychologist in the Social Ecology and Development Program at the University of Virginia. In addition to Mary Ainsworth’s guidance and support, her psychology master’s thesis, on the CARE-Index, was developed in consultation with John Bowlby and her family systems research, on patterns of family functioning in maltreating families, was accomplished with guidance from E. Mavis Hetherington. She also holds a Master’s Degree in Special Education, with specializations in mental retardation and emotional disturbance (University of Virginia, 1969.)

In 1992, she received a Senior Post-doctoral Fellowship, with a focus on child sexual abuse and the development of individual differences in human sexuality, at the Family Research Laboratory, University of New Hampshire. In 1993-4 she was awarded the Beverley Professorship at the Clark Institute of Psychiatry (Canada).

In the last two decades, Dr. Patricia Crittenden has worked cross-culturally as a developmental psychopathologist developing the Dynamic-Maturational Model (DMM) of attachment and adaptation, along with a developmentally attuned, life-span set of procedures for assessing self-protective strategies. DMM-based theory and empirical research authored by Dr. Patricia Crittenden have been widely published as books, chapters in books, and empirical articles in developmental and clinical journals.

In 2004, Dr. Patricia Crittenden received a career achievement award for “Outstanding Contributions to the Field of Child and Family Development” from the European Family Therapy Association in Berlin. Currently, Dr. Patricia Crittenden’s work is focused on preventive and culture-sensitive applications of the DMM to mental health treatment, child protection, and criminal rehabilitation.

Thank you so much for the sharing of this lecture and the insights therein.

Excellent and accessible presentation. Thank you for sharing.

Having completed some basic training in work around the DMM in relation to attachment and child protection. This presentation has really helped bring my learning to life. Thanks

Thank you for sharing this lecture. So much future learning and reflection from the narrative and case examples given.

Thanks for sharing the lecture.

Excellent and accessible content which really helped with my learning. I really found the case studies particularly helpful to think about in my own case work. Thank you for sharing this lecture 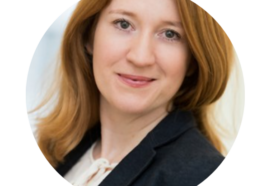 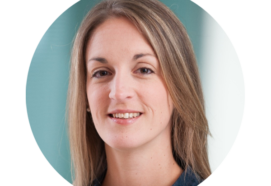 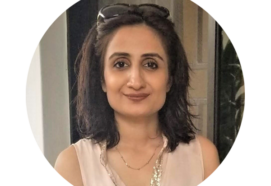