Currently for delegates only. The aim of this online, full day, event was to explored the assessment and management of Tic Disorders, covering both pharmacological and non-pharmacological approaches to treatment. This event was organised by our Southern Branch.

Dr Tammy Hedderly MBBS BSc (Hons) FRCPCH. Dr Hedderly is a Consultant Paediatric Neurologist working at Evelina London Children’s Hospital (Guys and St Thomas’) and Kings College, London. She works within a busy inpatient tertiary acute general neurology service and has an interest in acute general neurology, paediatric movement disorders, and how these relate to neuropsychiatry, psychology and neurodevelopmental diversity. Dr Hedderly helped to develop and works within one of the few multidisciplinary Wilsons Disease services in the UK. In 2010, with the help of a new service innovation grant from the GSTT charity, Dr Hedderly developed the TANDeM service, a multi-disciplinary service for children with neurological and developmental difficulties such as Tics, Tourette’s, Stereotypies and Paroxysmal dyskinesias. Working in collaboration with neurologists, psychologists, nurses and psychiatrists across Europe and the USA, Dr Hedderly participates in several large-scale research projects studying the role of genetics, infections, immunology and other environmental factors in some of these complex disorders. Dr Hedderly has an interest in teaching and training and is a senior lecturer at KCL, she plays a role as a mentor for the BPNA and works closely with patient charities such as Tourette Action and Neurodiversity.org. She is an active member of the European society for the study of Tourette’s (ESSTS) and has been the nominated chairperson for the annual clinical round section since the introduction of this session into the society meeting over ten years ago. Dr Hedderly has introduced concepts and presented novel clinical phenomenology within paediatric movement disorders such as ‘Intense Imagery Movements’ and ‘Tic-like functional movements’. She has a special interest in highlighting the differentiation between different types of childhood movements and the lecture at this meeting will focus on tips for diagnosis and allow for some further development of practical management tips on how to differentiate various movements presenting to clinicians.

Dr Eve McAllister is a clinical psychologist in the Psychological Medicine Team. She has worked in GOSH for several years, and prior to this has worked in Tier 2 and 3 Child and Adolescent Mental Health Services. She specialises in working with children with neurological illnesses and co-occurring mental health problems, as well children and adolescents with Tourette syndrome. She also has experience in assessing and treating children who present with functional symptoms. (Image via GOSH)

Dr Holan Liang is a Consultant in Child and Adolescent Psychiatry at Great Ormond Street Hospital where she is joint clinical lead for the National Tourette Syndrome Clinic. Her special interest is in Tourette syndrome, neurodevelopmental disorders including ADHD, Autism Spectrum Disorder, Tourette’s syndrome and intellectual disability. She studied at Cambridge University and trained at The Maudsley Hospital and has been Honorary Senior Lecturer at the UCL GOS Institute of Child Health, and Clinical Research Fellow at The Institute of Psychiatry, Psychology and Neuroscience.
Dr Liang has over 15 years’ experience in specialist child and adolescent psychiatry including leading neurodevelopmental disorders services in London and Hertfordshire. She is involved in clinical research in the field of neurodevelopmental disorders including clinical drug trials and international genetic studies. She is an elected member of the Royal College of Psychiatrists Child & Adolescent Psychiatry Faculty Executive Committee. She has been actively involved in teaching undergraduate and postgraduates in neurodevelopmental disorders for over 15 years at King’s College London and University College London and frequently peer reviews proposals and papers for NIHR and the BMJ. She has written for The Observer, The Telegraph and Red Magazine and has featured in The Times. She has written 2 commercial mental health books: Inside Out Parenting (2017 – awarded silver award for best parenting book 2017, Bluebird books, Pan Macmillan) and A Sense of Belonging (2022 – Short Books – Hachette Group).

Dr Tara Murphy is a Consultant Paediatric Neuropsychologist and Clinical Psychologist. She has worked at Great Ormond Street Hospital since 2003 in neuropsychology and intervention services. In 2012, Dr Murphy co-established and continues to develop and co-lead the Psychological Medicine Team in the Psychological and Mental Health Service at GOSH. She also co-leads the Neuropsychology team. Dr Murphy has co-authored the European guidelines for assessment and psychological interventions for Tourette syndrome (2011 & 2021). She has special interest in teaching, delivering and supervising behavioural therapy for tic disorders. Dr Murphy has written several books for young people with tic disorders and their families and more than 50 peer reviewed academic articles. 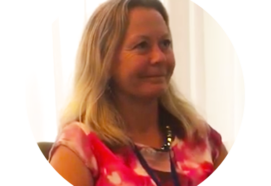 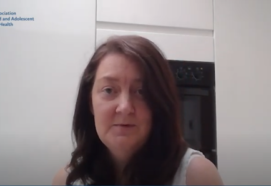