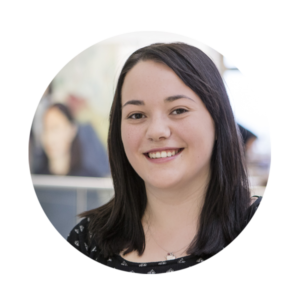 Editorial: Do we need inpatient units?

There is probably a consensus that psychiatric hospitalization for children and adolescents should be part of a continuum of care, but that given its expense and unnatural nature (children should be with families in a community), as noted by Kyriakopoulos in this issue, it should be used sparingly. Child psychiatrists in both the United States (McClellan) and the United Kingdom (Cotgrove and Northover) rue the fact that resources spent on inpatient units would be better spent on preventing hospitalization or providing better aftercare. It is certainly easy to see that the significant financial cost of a child’s inpatient stay might well pay for his or her psychiatric treatment in the community for a year – assuming there were enough well-trained clinicians and resources to provide it. As we describe below, that is the rate-limiting step to providing alternatives and may account for why treatment is centralized rather than kept in communities. Hamdani et al eloquently describe the situation in low- and middle-income countries where there is a dearth of both inpatient and community resources; requiring urgent attention to the provision of holistic care for young people with mental health problems from preventive services upwards. The approach they describe is what our other authors are calling for, due to an historical over-reliance on inpatient beds in higher income countries.

We hope that you enjoy the full editorial which is free on the Online Wiley Library.

Gabrielle Carlson is Professor of Psychiatry and Pediatrics at Renaissance School of Medicine at Stony Brook University. She is also President of AACAP (American Academy of Child & Adolescent Psychiatry) Professor Carlson is a Joint Editor of CAMH.

Professor Carlson specializes in childhood psychopathology and psychopharmacology in general, and the subjects of childhood and adolescent depression, bipolar disorder and suicide ideation. Her research interests include the phenomenology and long-term follow up of young people with bipolar disorder, and the relationship of behavior disorders, developmental disorders, and mood disorders. Her current interest is in the rise of adolescent suicide and risk factors leading to mood disorders, as well as the interaction between mood disorders and attention deficit hyperactivity disorder.

Dr. Rachel Elvins is a Consultant Child and Adolescent Psychiatrist at Royal Manchester Children’s Hospital & Salford CAMHS. She is an Associate Editor of CAMH, responsible for the Debates section.