In 2017, Emma Sciberras and colleagues conducted a Research Review for the Journal of Child Psychology and Psychiatry to rigorously analyse how common are language problems in children with Attention-Deficit Hyperactivity Disorder. Here, the researchers discuss their main findings and explain why they consider that a screen for language function would be a valuable addition to current ADHD assessments.

In 1986, Beitchman and colleagues performed the first population-based study of co-morbid language problems and Attention-Deficit Hyperactivity Disorder (ADHD)1. They found that 5-year olds with language impairments had >6-fold increased risk of also having ADHD.  Subsequent studies have confirmed these original findings and the reciprocal association between ADHD and a higher risk of language problems. However, many of the studies conducted to date have been limited by inconsistent or inadequate methods for diagnosing ADHD or assessing language, or have focused on clinical samples where children with severe ADHD and greater co-morbid conditions may be over-represented.

The researchers first explain that there is no real consensus for defining language and its associated disorders, and even the Diagnostic and Statistical Manual (DSM) of Mental Disorders has altered its definition of communicative disorders in its various editions. The most commonly used system for defining language is based on language modalities, being (i) expressive (i.e. vocalising and expressing thoughts) and (ii) receptive (i.e. listening and understanding), and the domains of language structure, being vocabulary, grammar and discourse. In addition, there is an element of pragmatic language to consider, which describes the appropriate use of language depending on the social context. In their review, Sciberras uses “language problems” to describe the broad range of language difficulties.

Sciberras et al. identified 21 studies that met the following inclusion criteria: (a) confirmed ADHD at the time of the study, (b) inclusion of a non-ADHD control group, (c) use of a validated language measure, and (d) age ≤18 years. These studies captured >1,000 children with ADHD and healthy controls, and of the 68 separate analyses conducted across these studies, 60 showed a significant difference between the ADHD and control group in terms of language measures. Overall, they found meta-analytic evidence supporting that children with ADHD experience substantially poorer language functioning across multiple domains compared to children without ADHD.

The domains affected included overall language, and receptive, expressive and pragmatic language functioning. Expressive language produced the largest weighted mean effect size (ES=1.23), followed by overall language (ES=1.04), pragmatic language (ES=0.98) and receptive language (ES=0.97), which all remained robust after adjusting for possible publication bias. Thus, these data confirm that ADHD is strongly associated with weaknesses across several language modalities. “We did expect children with ADHD to have difficulties with language, but we didn’t expect that the effect sizes would be so large”, notes Sciberras. “Difficulties with expressive, receptive and pragmatic language should, therefore, be considered a core component of the profile of ADHD deficits”. 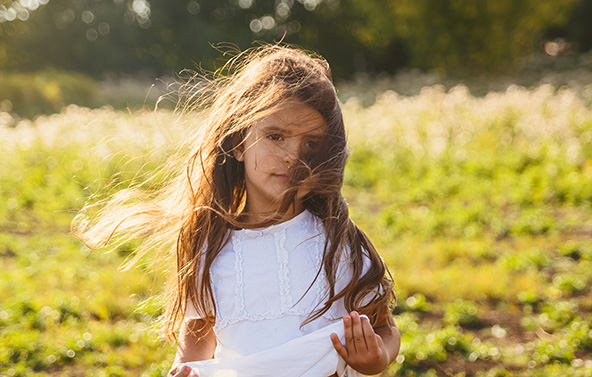 Some preliminary research suggests that there may be a neurodevelopmental explanation underlying the association between ADHD and language problems. For example, two studies from Kibby et al. found that children with ADHD have smaller bilateral cerebral volume and an atypical pars triangularis compared to healthy controls, which are associated with receptive and expressive language function, respectively3,4. Another study documented atypical morphology of the right hemisphere in patients with ADHD, which is associated with poor social comprehension5.

Unfortunately, only a few have used such neuroimaging approaches to identify aberrations in the language networks in children with ADHD. Such studies, however, have the potential to provide support for interventions that develop speech-language skills or compensatory language strategies. Consequently, this is an area of research that Sciberras and her research team are actively addressing. “We are currently completing a longitudinal neuroimaging study involving 180 children with and without ADHD”, describes Sciberras. “The children have been assessed at age 10, 11.5 and 13 years using multi-modal imaging and language assessments, and the data are anticipated to help us examine the neurobiological underpinnings of language problems in children with ADHD”.

Going forward, the researchers hope that a thorough evaluation of language function in children presenting with ADHD can be clinically implemented. In 2000, the DSM-IV-TR differentiated between expressive and mixed receptive-expressive disorders but this was removed from the DSM-5 published in 2013. The DSM-5 did, however, include a new diagnostic category of social (pragmatic) communication disorder (SCD) for persistent difficulties in the social use of verbal and nonverbal communication. According to the DSM-5, SCD can co-occur with other communication disorders but cannot be diagnosed in the presence of another mental disorder.

Although there is increasing acknowledgement of the language problems that often accompany ADHD, this does not appear to have translated to the implementation of consistent language screens or language interventions for children with ADHD. A brief screen for language problems in clinical practice could assist in better identification of such co-morbid problems.